Sarah Kim Bonner, a Canadian professional triathlete, had a big performance in Spain this past weekend. Competing in the half at Triathlon Vitoria-Gasteiz, she reached her first professional podium.

Bonner had a rough start to the day, coming out of the water 5 minutes back of the leaders. She came out of the water in the middle of the pack before posting the fastest bike split of the day, 2:24:17. “I felt great on the bike… It started to string out behind me so one hill after another I kept on the power,” says Bonner as she recounts the race.

Heading out onto the run Bonner was in shock, “I had a bike accompaniment. His flag read ‘2nd Mujer Half.’ What. The. Heck. I thought I was in 5th.” With the surprise positioning off the bike, Bonner turned her focus to the task at hand. With less than 5km to go, she couldn’t hold off a charging Helene Sololuze any longer and dropped into third. Bonner would hold on to her position and run a 1:33:37 half marathon to finish on the podium. 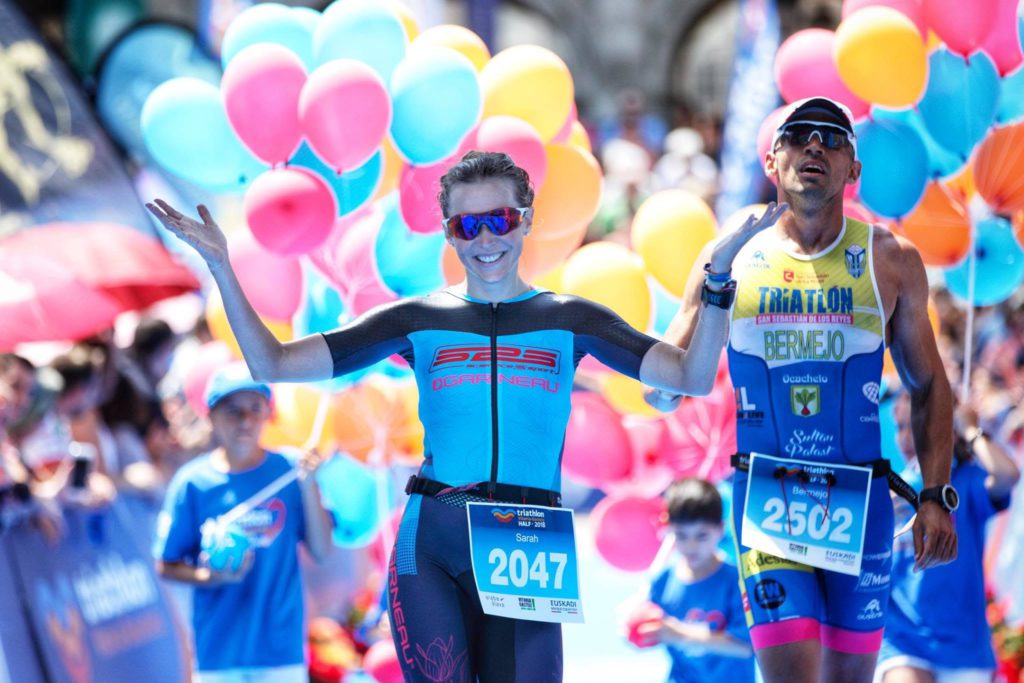 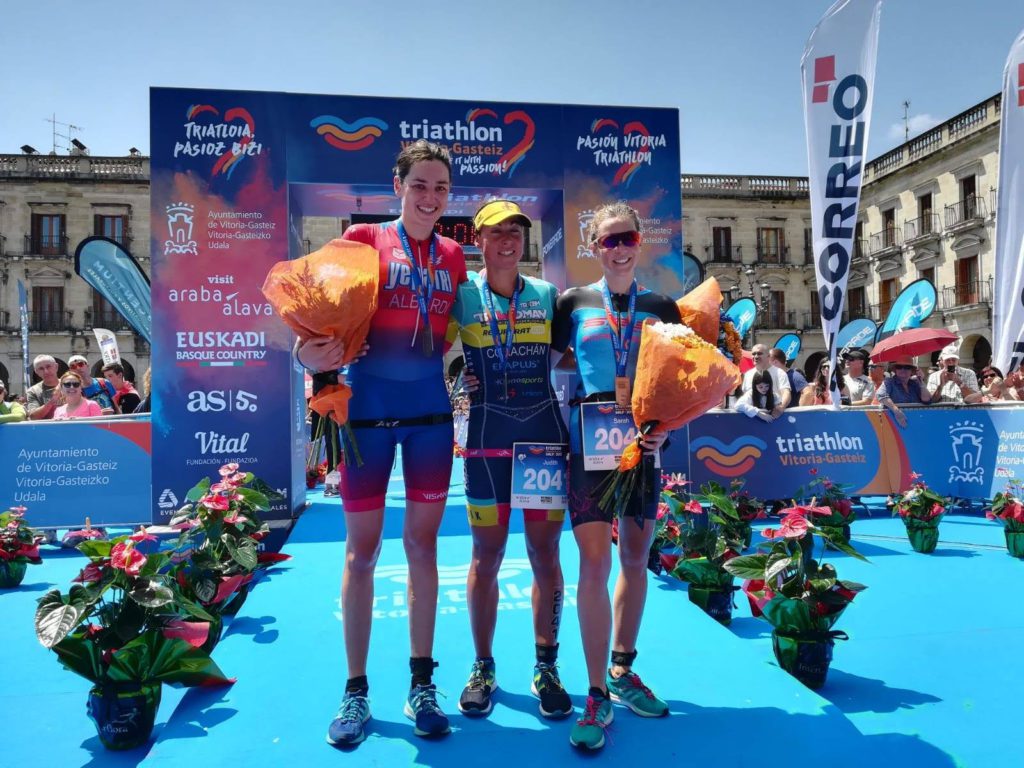 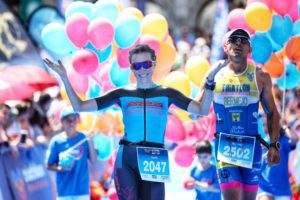 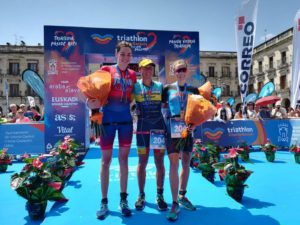 The full triathlon also took place on the same day in Vitoria-Gasteiz, Spain. Sonja Skevin won the race in 9:29:04. The men’s race was won by Alejandro Santamaria Perez in 8:17:05. Brooke Brown, a Canadian and 2016 champion, had a tough day on the run and finished seventh overall. Daniel Clarke, another Canadian, finished in 9:24:20. Clarke began his day with a strong swim/bike split but faltered in the marathon and slipped a number of positions.