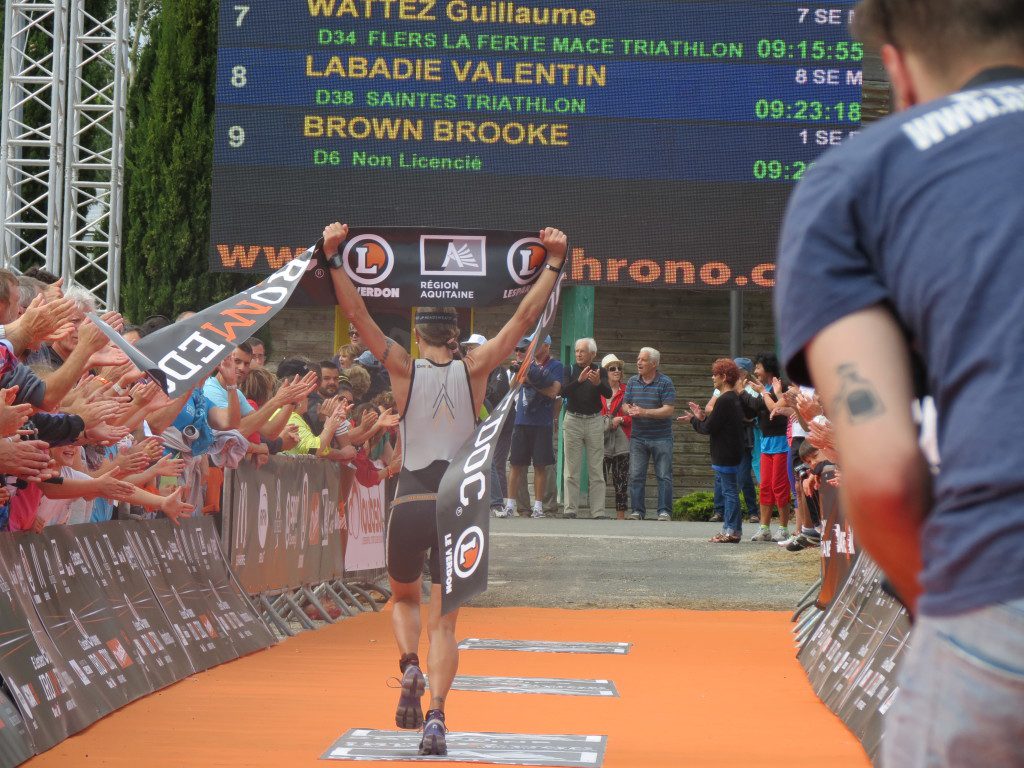 Canadian pro and TMC contributor Brooke Brown took the win for the second year in a row and earned a new PB of 9:26:54 at the third annual Ironmedoc full iron distance triathlon this past Sunday in Hourtin, France. The Toronto-area native was coached by Brett Sutton until a few months ago when she relocated to Holland. Despite a rocky start to her season due to illness, Brown surprised herself after aiming to just break 10 hours and then shaving nearly 10 minutes off her previous PB. She says that her run helped her to a victory, as she clocked an impressive 1:36 for the first 21 km and settled nicely into the second half. Brown finished with a comfortable margin well-ahead of second place Elodie Davy.

Brown was thrilled with her day. “Last year, I worked my tail-feathers off day in and day out, but I didn’t have anything to show for it. When it came to the big day, I choked and never performed to the capability that I knew I had achieved over the course of the year. In 2014, I came to IronMedoc for a training race. Clocking 9:37, it proved to be my best performance of the season.”

Brown seems to have found her stride. “I am gratified to see that all the hard work did pay off,” she said. “Unexpectedly, without much preparation, I raced a personal best and beat my previous course record by over 10 minutes. IronMedoc 2015, was a lesson learned. Some days it pays off to challenge the space between your ears, and just attempt something outside of your comfort zone. Doing your homework over time, being consistent and staying healthy will get you to the finish line -and on occasion, even surprise you too!” she continued. 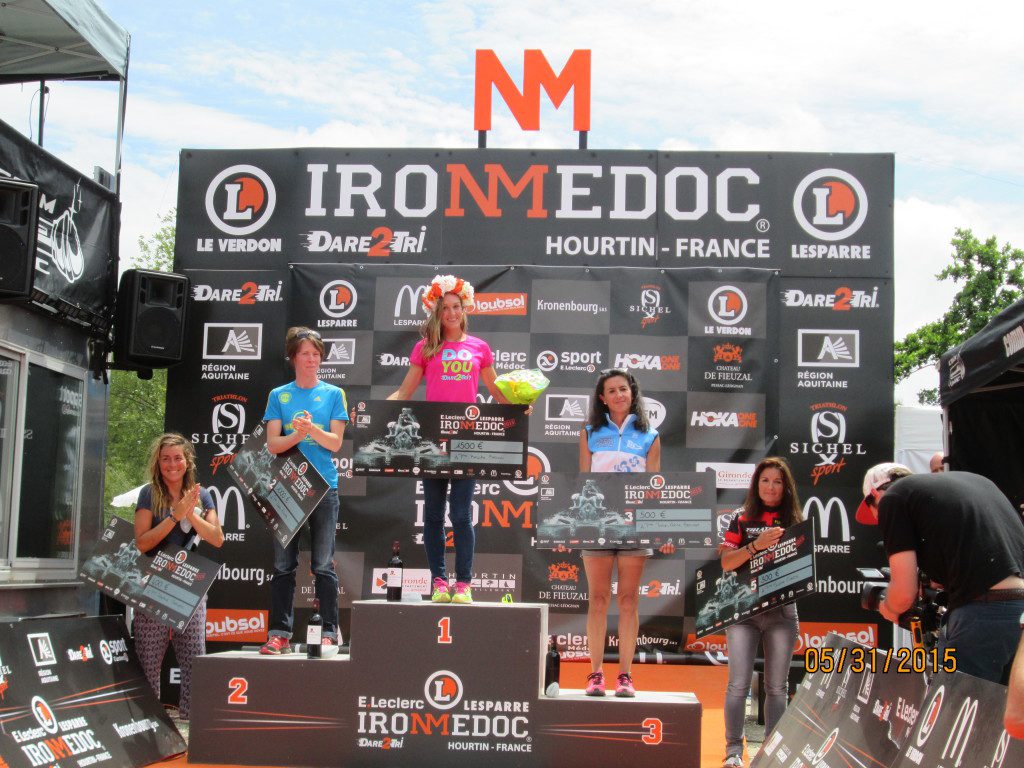 The men’s winner, Hungarian Attila Szabo, had a more difficult time securing his win, after suffering on the bike and being overtaken by some strong cyclists, including Christophe Argouet Noclain and Pierre Gaspariau who finished in second and third, respectively. Like Brown, the marathon was Szabo’s strongest leg of the race. This was his second time racing Ironmedoc and his second time winning the race.

The race course takes full advantage of Hourdain’s beautiful geography. This year, for the first time, the bike course ran through the downtown and attracted many local spectators who gathered at the farmer’s market to watch the cyclists ride through. Race organizer Benjamin Samson was pleased with the turnout and the overall smoothness of the event: “Having Brooke and Attila win for the second year in a row with Brooke breaking the race record, is the best thing that could happen at IronMedoc and will attract more pro athletes for next year.” 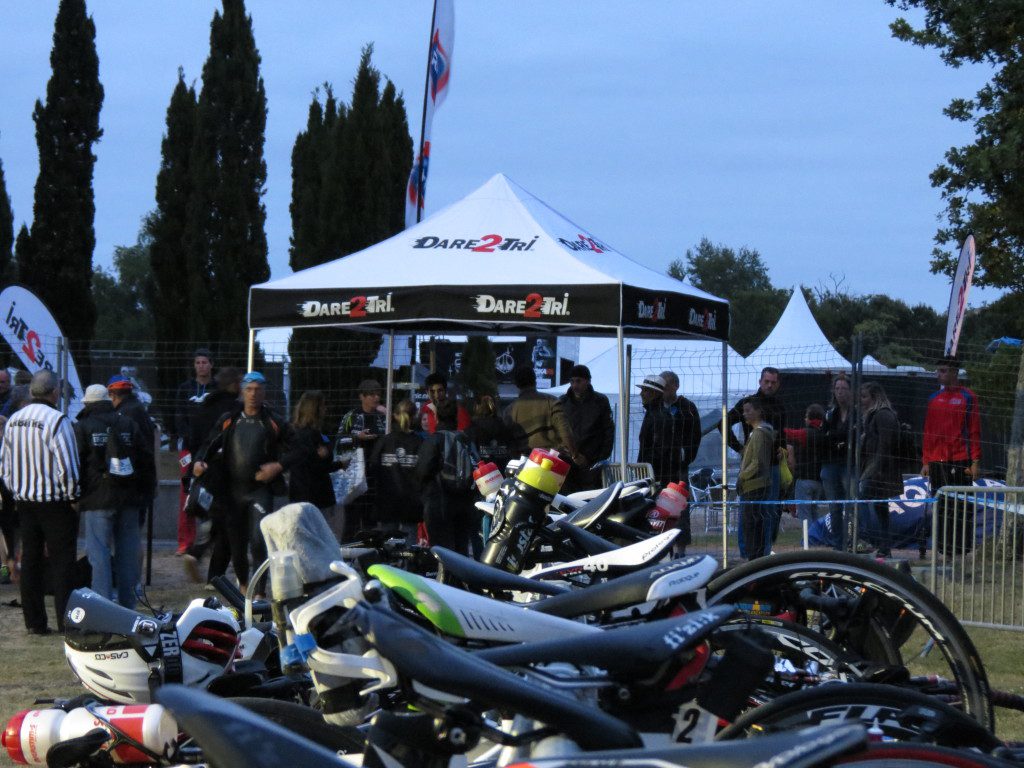