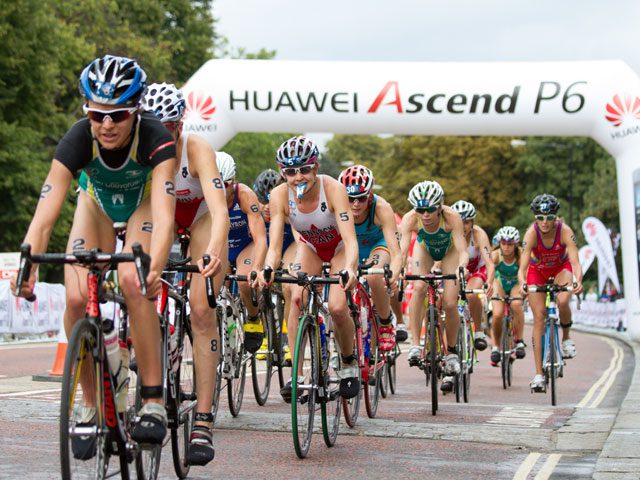 Canada’s Sarah-Anne Brault and TMC’s 2013 Triathlete of the Year, Ellen Pennock will toe the line at the ITU London race this Saturday May 31, at 11:00 am EST  against the top ranked athletes on the circuit. Brault is currently ranked fourth. The hometown favourite is Jodie Stimpson who has already won two WTS events this year. Not having made the trip to  Japan to race Yokohama mid month, Helen Jenkins will be fresh and a threat on the podium. Also racing is American Gwen Jorgenson who has posted some of the fastest 10km  splits in the series so far.

Sweden’s Olympic silver medallist Lisa Norden has postponed the start of her season until now due to injury and illness. Although she has won both sprint and Olympic distance world titles, last year she was sought out Craig Alexander to mentor her shift to the 70.3 distance and he guided her to some dominant wins. Despite returning to the coach she worked with for the Olympic silver medal, it is unknown whether she is in sprint form, but with her versatile talent, she’s sure to be in the mix.

The race is in its fifth year on the ITU World Triathlon circuit, but new this year, athletes will compete in the sprint distance. They will swim 750m in the Serpentine Lake before taking off on four technical bike laps and concluding with three run laps along the Serpentine.

Follow all the events live with timing and text updates, at triathlon.org/live and on twitter at @triathlonlive. Don’t forget to pick who you think will be on the men’s and women’s podiums with TRIFECTA.