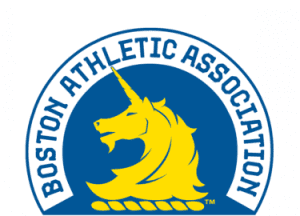 More than a few triathletes will be racing in Boston this April and it is certain to be a moving, inspiring day as runners make their way from Hopkinton to downtown. Today the Boston Athletic Association announced an official tribute event to mark the one year anniversary of April 15, 2013. The memorial event will be co-hosted by Boston’s Mayor Martin J. Walsh and Governor Deval L. Patrick. Together with One Fund Boston, they will honour those affected by last year’s bombing, including those who lost their lives, survivors and first responders. The memorial will be held at the Hynes Convention Centre in Boston on April 15, 2014.

Family members of those affected, along with medical staff who treated the wounded and a number of civic leaders will be speaking on behalf of the victims and the many unsung heroes of last year’s tragedy. A flag-raising ceremony and brief moment of silence will conclude the commemoration.

“As a community, we were put to the ultimate test by the events at last year’s Boston Marathon,” said Governor Patrick. “But we rose to the occasion: turning to each other, rather than against and showing the world what a strong community looks like. Though we all had our lives affected in profoundly different ways, this Tribute will show the world again that we stand as one.”

Mayor Walsh explained, “On April 15, we recall the courage, compassion, and commitment of our great city and its people…Through this event, Boston again stands as one: paying tribute to all those affected by last year’s events and once again showing the world that Boston’s spirit of resiliency lives on.”

Due to space constraints, access will be by invitation. More details on the event, including a list of speakers, logistics for the public, and media access will be released at a later date.