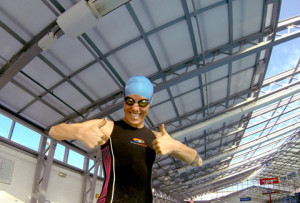 From ice hockey at Princeton to 70.3 Queen, Heather Jackson has risen through the ranks to become one of the toughest long course female competitors over the last 5 years. She was 2nd at the Ironman 70.3 World Championship in 2013 and before that placed 3rd in 2012, 4th in 2011 and 5th in 2010. Not only is she setting her sights on a win at Mont-Tremblant in 2014, she also recently announced her intent to race in Kona. With a relative weakness in the swim compared to her bike-run prowess, Jackson has signed with blueseventy to help get her swim out front too.

blueseventy’s Ryan Vanderloop is excited to be adding Jackson to their team of ambassadors. “Heather Jackson is the most exciting athlete in triathlon. Meeting her I was immediately impressed with her personality and energy. We think that the Helix is going to allow Heather to get the most of her swim. Heather won’t only be racing and training in our gear but we will get her involved in testing and development too. She is looking at every detail as she has the goal to be world champion – a goal we are excited to share.” 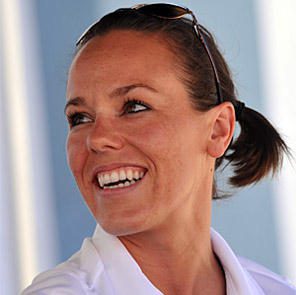 Jackson’s spectacular 2013 season also included wins at Escape from Alcatraz, Ironman 70.3 California, a back-to-back win at Wildflower. The enthusiastic triathlete said, “With top-notch swim training and racing gear, as well as the kind, supportive, and easy-to-work-with people behind the company, I couldn’t be more stoked to partner with blueseventy in reaching my triathlon goals. They have an incredible range of goggles providing an option for any training or race situation, and their Helix Wetsuit and PZ3TX Swimskin fit perfect and feel fast and smooth in the water. I’m confident that 2014 will see me training and racing faster in the water thanks to blueseventy’s support,” says Jackson on the exciting outlook of her upcoming training and racing.