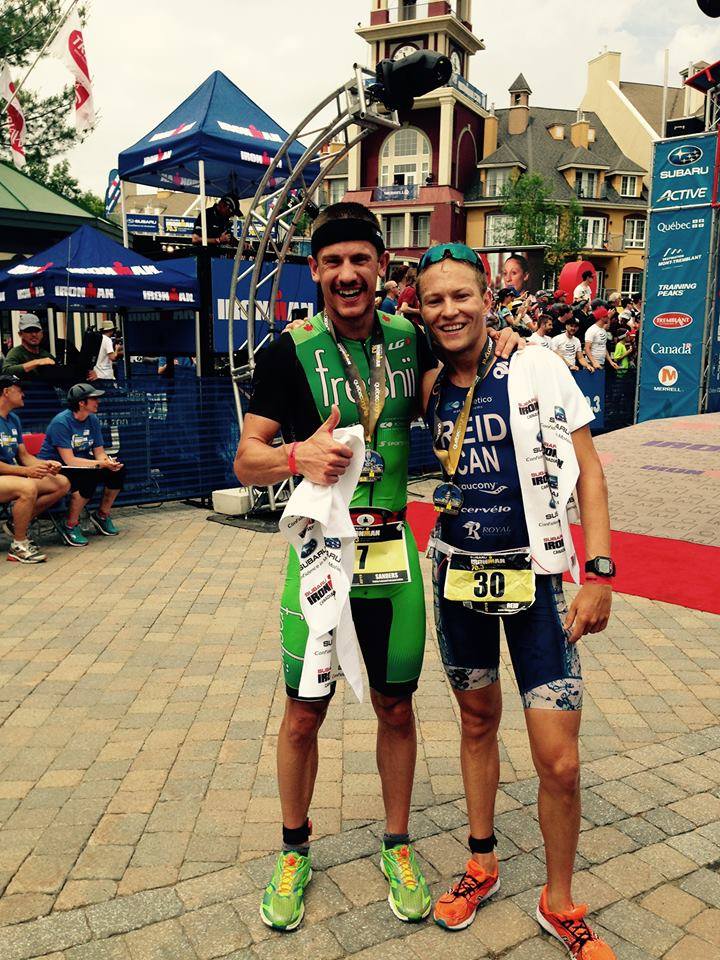 With two guys on the podium at Mont Tremblant 70.3  who have worked closely with him for years, we asked Coach Barrie Shepley  why he thinks there’s so much male long course talent coming out of Ontario.

“I’m not at all surprised to see Taylor take second yesterday. His is an overnight ten-year success story. He started working with me when he was 12  and didn’t miss a workout and stuck with things even when his early improvement curve was slower than some guys at that time. Then after spending six years on the ITU circuit, we had a talk exactly one year ago about leaving that behind and moving up to long course. While Taylor spent a few days depressed about it, but eight days later he went out west to the Subaru Chase and beat a bunch of really fast guys including Sean Bechtel, John Bird, Brent McMahon and Jeff Symonds giving him some serious confidence.”

Why is this such a powerful moment in men’s triathlon?

“Part of it,” Shepley says,  “is cyclical.” He reminds us, “There was a time when if Heather Fuhr, Lisa Bentley, Lori Bowden and Peter Reid weren’t in the top eight at Kona it was a really bad day, but then there was a bit of a dry spell and now we have the best field ever with Brent McMahon, Cody Beals, Lionel Sanders, Taylor Reid, Jeff Symonds and Trevor Wurtele. Now it’s a Canadian fight for the podium and we are seeing that even with the younger guys– it’s not just a one off, these guys are legit and in it for the win.

One of the other reasons for the big improvement in Ontario is that we’ve been lucky to have both the Subaru and Multisport Series races in Ontario which have given that 14 to 17-year-old range of athletes, a chance to chase fast 30-year-old guys and get excellent experience at a critical age.  There is also at least four high performance squads in Ontario including Craig Taylor’s group in Guelph, James Loaring’s group, Greg Kealy’s group in Ottawa and our C3 group in Caledon, all with dedicated coaches whose focus is not only training these guys, but fundraising for them (for equipment and travel) to get where they need to.”

C3 has raised $100, 000 for it’s athletes every year for the last few years. Shepley learned early on that if his crew didn’t have the funds, despite their motivation and hard work, they weren’t going to be able to go all the way.  He said at least 60 per cent of what he does as a coach is fundraising.

That’s happening across the country Shepley insists, not just in Ontario. “There are also great Regional Training Centers in Alberta, BC, Manitoba and Quebec. “Just like Taylor, some of the kids they are developing right now for the ITU races will come to the same acceptance as he did and will move into the longer non-drafting format.  Like Brent McMahon they will be great swim-bike-runners at shorter distances and then take that speed up to the longer racing,” he continues.

Another reason, Shepley insists, is the input and support for these guys from Simon Whitfield. In fact, Taylor Reid was one of a crew Whitfield used to spar with during his preparation for the Beijing Olympics. Reid, John Rasmussen and Andrew Yorke trained with Whitfield for a few months in Ontario and then later in Victoria to help him get ready for the world stage. Whitfield continues to act as a mentor to many of the new wave. 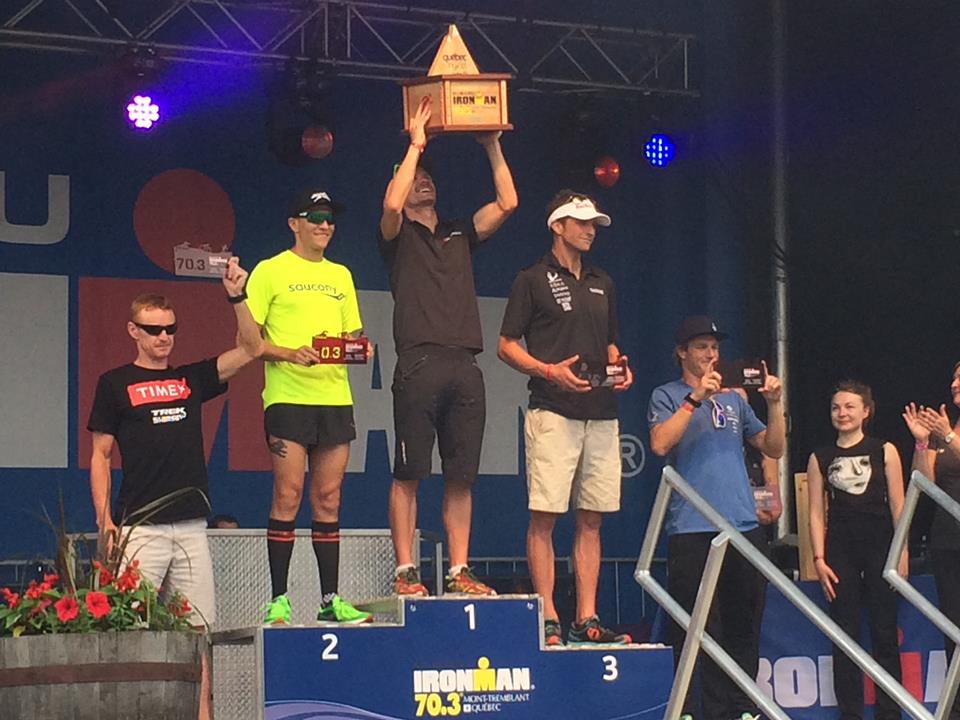 Finally, Shepley says, there is the least amount of angst among the guys racing in Canada right now and they are all super supportive of one another. He says,  “Brent is amazingly generous, such a lovely guy who gets genuinely happy  when other’s do well–same with Taylor, he’s always rooting for others. Jeff is a fun free spirit and Trevor is pure professional. Cody and Lionel are like brothers–they help each other and want each other to see improvements.  I think this is the best group of guys we’ve had.”

On his second place finish, Reid told TMC, “It was a great a swim. I tried to stay in control on the bike and then went to battle with Lionel and Jesse on the  run. It was great to have two Canadians on the podium!” 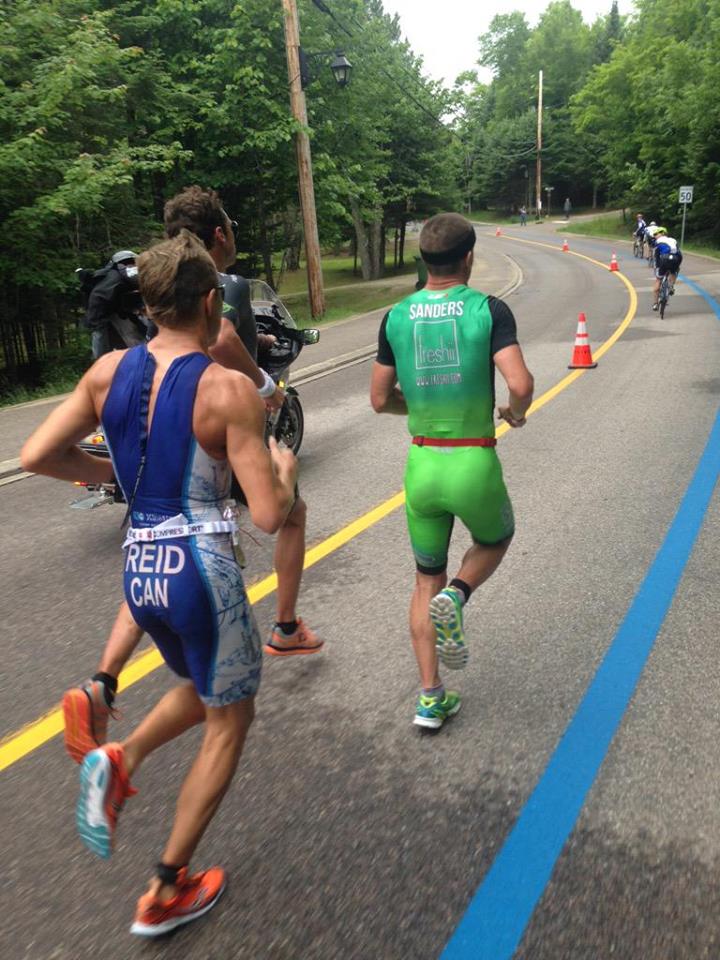