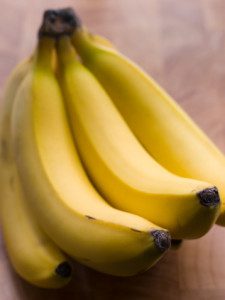 Bananas have long been associated with endurance athletes as a post-race recovery food, a source of pre-workout fuel or as a healthy snack.

A new strain of disease is threatening the Cavendish, the most internationally traded type of banana, representing 99 per cent of banana exports, and the one we regularly see in grocery stores.

According to a study published by PLOS Pathogens, there is no way to stop or contain Tropical Race 4, a type of mutation that is putting the existence of the world’s most popular fruit in jeopardy.

Tropical Race 4 has been in existence for about 50 years in many parts of Asia, Africa, and the Middle East but has yet to make its way to Latin America, where the majority of the world’s bananas are grown. When the disease arrives, the existence of the Cavendish banana will be on the clock.

Since bananas are cultivated using vegetable reproduction, the fruit cannot build resistance to disease. A lack of resistance leaves bananas vulnerable to the more-potent version of Panama Disease, to which no fungicide exists.

Scientists predict the time frame if the fungus arrives in Latin America to be only a few decades.

A previous strain of banana, Gros Michel, succumbed to Panama Disease in the mid-1900s and was wiped out in a similar fashion as to what scientists are predicting for the Cavendish.

Despite its popularity, the Cavendish is actually more prone to bruising, doesn’t last as long, and takes more time to ripen in comparison to its predecessor.