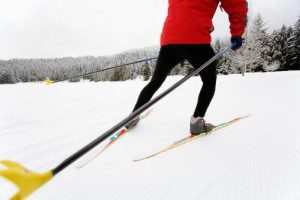 The ITU has  announced that for the second time, the 2016 ITU Winter Triathlon World Championships have been awarded to Austria. The event will be held in Zeltweg on February 12-14, 2016.

The first time Austria hosted the championships was in 2009 in Gaishorn. Austria has claimed three world titles in the event which includes running, mountain biking on snow and cross country skiing.

In addition to the Elite World Championship, Zeltweg will welcome Under23, Junior and Age Group athletes to vie for a chance at becoming the next World Champion in their respective divisions.

The race will consist of a three-lap 7.2km run, three-lap 12km bike, and three-lap 9.6km ski course for the Elite, U23 and Age Group competitors. Junior and Paratriathlon athletes will compete on mostly the same course, with the run course modified slightly to allow for the athletes to compete over a shorter distance.

In the Mixed Team Relay each relay member will contest a .8km run, 3km and 1.6km ski before tagging off to their teammate.

A five-time host of the World Triathlon Series, as well as the 2014 ETU European Championships, the Austrian city of Kitzbuhel will return to the ITU calendar in 2016 as a World Cup event making Austria a hotspot for triathlon action next year.