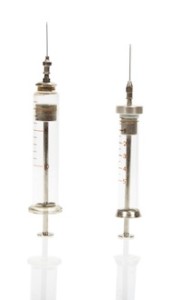 Canada’s governing body for track and field, Athletics Canada, came down hard Thursday on anti-doping measures with statements claiming to be in support of lifetime bans for athletes who are found to be using performance enhancing drugs.

“Athletics Canada is very concerned about the current allegations and stands arm in arm with other national federations, such as Athletics Australia, in speaking out against what is taking place in the sport.” said the organization’s CEO, Rob Guy. “We support the ongoing investigation by the IAAF, with stiff sanctions to any athlete, coach, club or federation involved in any illegal activities. We hold ourselves to a very high standard and look to other countries to do the same, Athletics Canada is in full support of lifetime bans.”

The statements come during a time when doping in the sport of athletics is under close watch. Recently top Kenyan and Russian endurance athletes have been under fire for failing drug tests.

The Athletics Canada’s statement makes note that the country has made considerable progress since the Dubin Inquiry, which was a result of Ben Johnson’s positive test at the 1988 Olympics, found the use of PEDs to be not uncommon among Canadian athletes during that time.