TMC blogger and pro triathlete Antoine Jolicoeur Desroches recaps his race at the Gwadloup Triathlon and the lessons he learned the hard way.

Not the way I wanted to start the season: collapsed with heat stroke and got carried by medically #alwayslearning pic.twitter.com/0OiycFXSBs

On Saturday I raced the half distance triathlon at Gwadloup Tri. It was my second time there and I was really lookingg forward to racing and training there. It’s the perfect race to test my fitness before the real start of the season and it’s also a good opportunity to train for a few days with some great athletes. 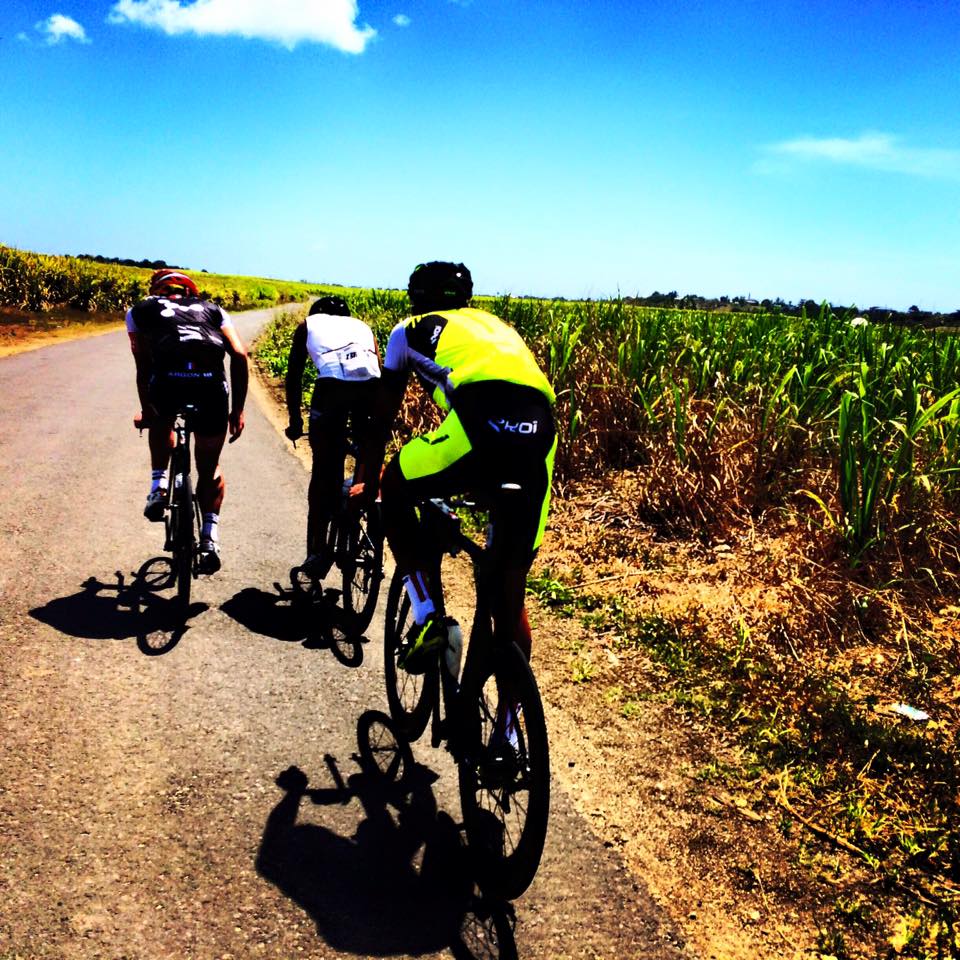 The race started at 11:00 AM, which i preferred much more than the usual waking up at four and racing at seven. I dealt with a shoulder injury most of the winter, so I didn’t expect to really swim fast but was hoping to swim faster than some of the top cyclists in the field, like Romain Guillaume.

Tip #1 You rarely are at your best level in every discipline, especially when it’s not your “A race” of your season. Adjust your expectations and tactics depending on your fitness level in each sport for your early season race.

I managed to exit the swim in the lead but I was disappointed to find out that I had two strong cyclists just behind me. It only took a few kilometers for Romain to take the lead from me. As I went to grab a gel I realised that someone has taken all my gels in my nutrition compartment on my bike before the start of the race. I only had one gel that I had taped on my bike. I decided to grab a Gatorade at each aid station, instead of water, so that I could get in as many calories I could possibly get without my gels.

Tip #2 A race will never go as you planned, so you should always have a Plan A, B and C.

I was losing about two minutes every lap of 30 km on the bike to Romain but managed to stay in second place. In the last few kilometers I started to feel super hungry. I knew I needed to take in some calories.

I started the run at a good pace without taking the time to hydrate properly and take in some calories in the first aid station. The sun was beating down on me and it was over 35 degrees Celsius.

Tip #3 You should adapt your pace to the conditions, especially if you are not well-acclimatized in a new environment. You are better off starting the run at a slower pace and and finish strong.

After only five kilometers I started to feel dizzy and I had difficulty running in straight line. At the next aid station, two kilometers later, I put my head inside a container with cold water. I felt weak and collapsed on the ground. I don’t remember much of what happened next but I was carried by aid staff. They gave me oxygen, water, soda and I was soon feeling a lot better.

Everyone that we learn from our mistakes. I certainly learned a lot from mine! I wanted to share my experience with you so that you can learn without having to make the same mistakes as I did. I learned that you should always adapt to the conditions. When I started the run, I should have taken the time to drink a lot of water, some coca cola and eat something. Even though I would always suggest starting the run strong and not wasting time at aid stations, sometimes the circumstances call dictate otherwise. If you’re dehydrated and in hypoglycemia, you’re much better off taking the time to fuel and hydrate properly. That may be the difference between finishing or DNFing a race, like I did this time.