So much for things getting better in terms of air travel here in Air Canada continues to make it tough for triathletes trying to get to major events here in Canada.

We reported on a couple of Air Canada’s baggage snafus – World Triathlon Championship Series Montreal champ Georgia Taylor Brown managed to win the event in Quebec despite never getting her bag and still doesn’t have it – last she saw it was in Arizona. That same weekend Flora Duffy had to pull out of Ironman 70.3 Mont-Tremblant because her bike never made it to Montreal – it was still in Denver when she returned.

The two prohibitive men’s favourites for the race this weekend, Olympic and Ironman champ Kristian Blummenfelt and two-time Ironman 70.3 world champ Gustav Iden had a scare when their bikes didn’t make it to Edmonton with them, but they were reconnected with their bikes yesterday, according to a post on Gustav Iden’s Instagram site. 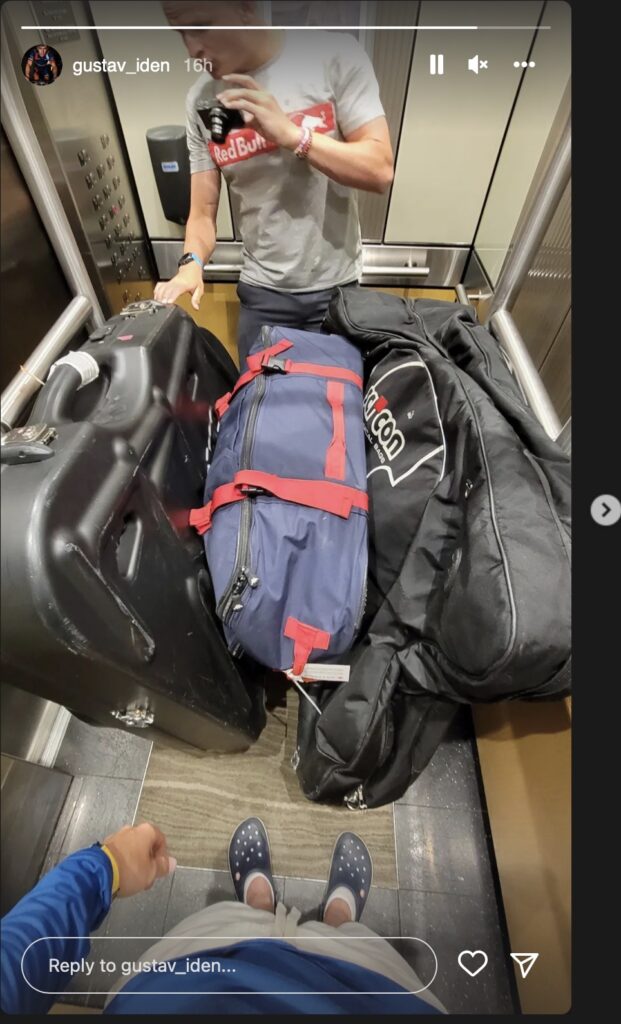 A few other athletes haven’t made out as well as the two Norwegians. Spain’s Sara Perez Sala’s Canyon Speedmax was destroyed en route. “Muchas Gracias @AirCanada,” the winner of the Challenge Championship in Slovakia wrote on her Instagram feed. 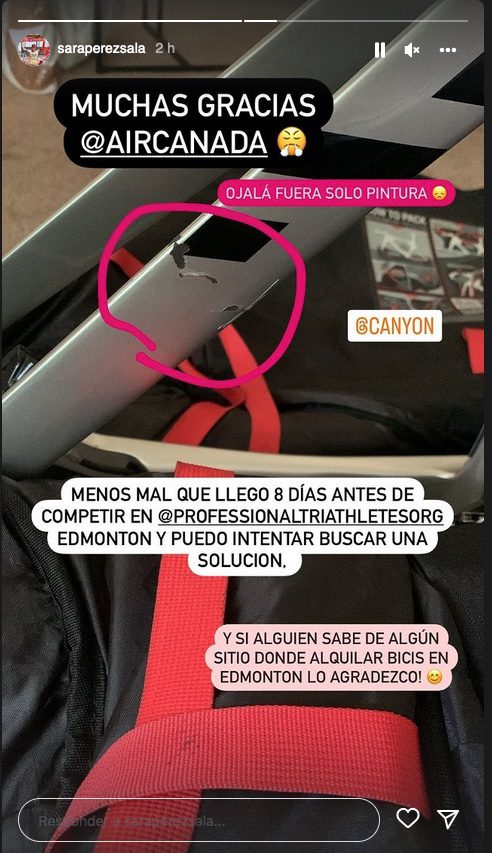 Sala says that she’s working with Canyon to get a replacement bike to her so she can race in Edmonton this weekend. The ever-optimistic Sala says they are working hard to get her a bike she can ride on, and that she has a “plan b” just in case, she wrote on Twitter.

“@Canyon_Spain and the whole Canyon family are already in it so that next week I can run with a bike like mine, but we have plan B in case… The good thing about traveling with time is that you have more room for maneuver in these situations

The Netherlands’ Youri Keulen has also had some bad luck with his bike, but it appears that Westjet are the ones who have misplaced his bag. “My bike didn’t make the flight from Toronto to Edmonton,” he wrote on Instagram. “As I opened my AirTags I see it’s at a random house somewhere in Toronto and not at the airport … Please help me @Westjet.” 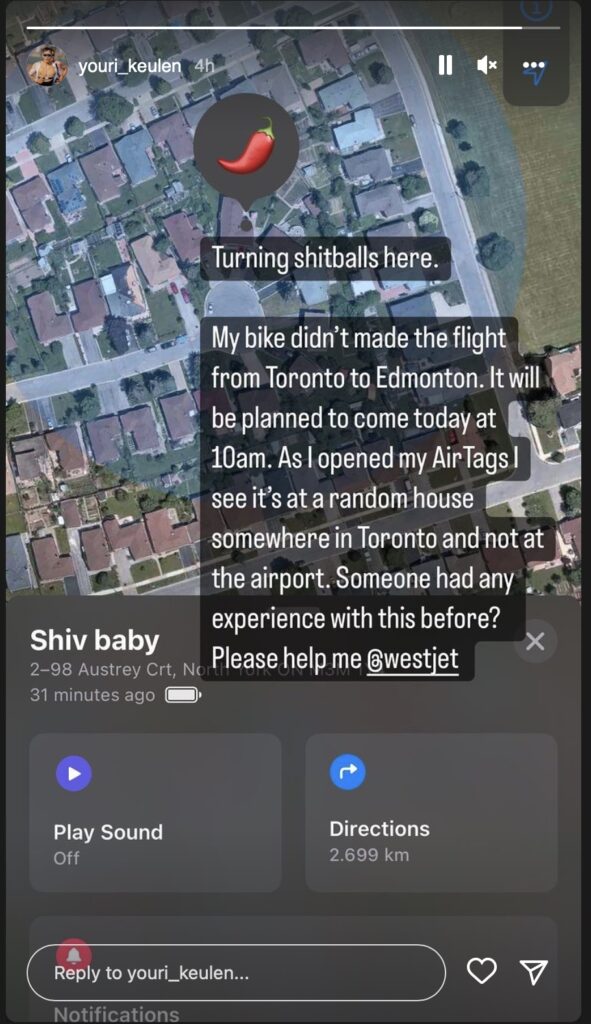