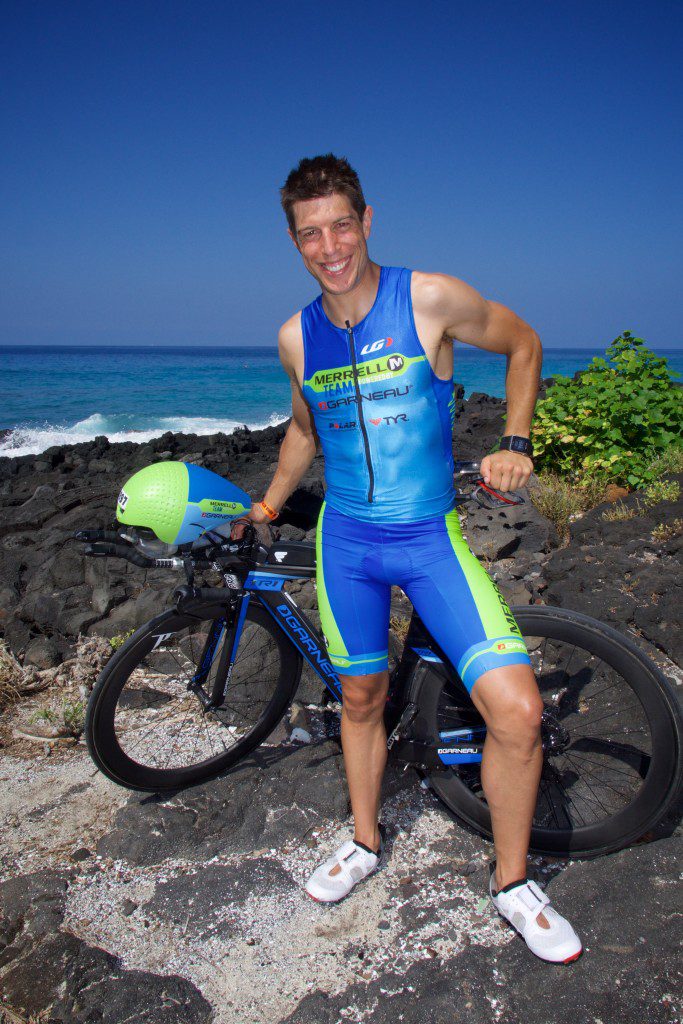 It’s hard to imagine what Jérôme Bresson could do in the year ahead to top 2015 – the best year of his life so far.
The 33-year-old engineer-turned-kinesiologist and triathlon coach from Acton Vale, Que. saw his coaching career take off. Bresson, who only began coaching in 2013, was nominated Quebec’s coach of the year for his work with the up-and-coming U15s at the Triomax junior club in Drummondville.

As an age-group triathlete, the accolades just kept piling up for the transplanted Frenchman: provincial sprint-distance champion, winner of the Coupe du Quebec for his age group, bronze medallist at the Canadian Olympic-distance national championship in Magog. In long-distance triathlons too, Bresson made his mark: He was the first Quebecer to cross the line at Ironman Mont Tremblant last August in a personal best time of 9:09:21. Oh – and 100th overall at Kona last October.

And did I mention? His partner Joëlle gave birth to their son Bastien last April. “The baby’s arrival meant I had less time to train,” Bresson says. “I’m devoting time to my family… Despite that, I had my best results ever.’’

After the birth of his eldest, Anaïs, six years ago, Bresson adopted a “less is more” approach to triathlon training. “For an amateur athlete who has a job, a family and other interests, it’s important that the training doesn’t take over everything,” Bresson says. “You have to keep a balance.”

A decade ago, when he took up the sport, 20 hours a week was doable. Today, he trains as little as half that – out of that dedication to balance, yes, but also because his results are proof that a minimalist approach can work. The trick, he says, is making every workout count. That means no junk miles on the bike, unless they’re just for pleasure. “You can go out and ride five hours at a relaxed pace, without pushing, but it’s not going to develop you as an athlete,” Bresson says. “Those rides are a waste of time. For me, it’s about being efficient, about optimizing your training.” Better, he says, to do three hours of hard cycling at your race pace. Similarly with running – especially in the weeks leading up to a race – it’s about getting your body used to running fast on tired legs. “If you are limited in the training time you have, it’s really important to target the speed at which you are able to race and to do your long workouts at that pace,” he says. As for swimming, rather than heading to the pool alone to swim endless lengths, Bresson recommends joining a Masters’ swim club, where you’re forced to push yourself against other, often stronger, swimmers.

It all begins with a solid base of fitness, of course, preferably gained progressively, over a couple of years. Bresson doesn’t have much time for the sedentary “wannabe” who signs up for an Ironman so he can check it off his bucket list.

“The drastic change in their routine, all the training, it’s just going to leave them discouraged,” he says. “They’ll drag themselves over the finish line so they can tell their friends, ‘I did it.’” But, Bresson says, few will do another one. “It’s not what I’m looking for in my athletes,” he says of the 30 age-groupers of all levels he has in his stable. “I want them to look at the longer term, to take two or three years before even thinking, ‘I want to do an Ironman’ – to take pleasure in the training as much as in completing the race.”

With his age-group athletes, Bresson takes the same approach toward planning their training as he does with his own program – looking at how much time each has available, their past results and their goals for the coming season, then mapping out an individualized, realistic training plan. “If you take on too much volume, if you lose your work-life balance, you lose the pleasure you otherwise get from this,” Bresson says. “In the long run, it’s not sustainable.”

Hitting just the right balance, on the other hand, works on every level, he concludes: You hit your goals as a triathlete, and everything else in your life is manageable, too. “Your morale, your physical well-being, how often you get sick, your productivity at work – it all goes together,” Bresson says. “It all gets better through the practice of this sport.”

Triathlete Loreen Pindera is an editor and broadcaster at CBC News in Montreal.