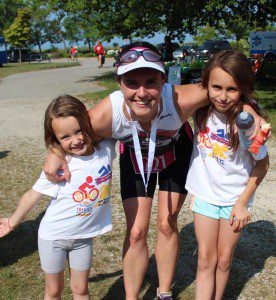 Like many age-group triathletes, Emma Iserman balances family life and a full-time job with her training. She wakes up at 5 AM to head to the pool in the mornings while the rest of her family is asleep and runs during her lunch hour around McMaster University, where she works as a research coordinator. In the evenings, she hops on her bike trainer to get in a workout while keeping on eye on her two young daughters. Juggling everything can be difficult, but Iserman says triathlon and the community she has found within the sport have added so much to her life.

Iserman turned to triathlon after she became a mother. She started with running and like most triathletes, found that one sport wasn’t enough. Furthermore, running on its own was leaving her injured. Once she bought a road bike, she fell in love and her injuries went away. After her first duathlon, she decided it was time to learn to swim.

Balancing a full-time job, having kids and training is a challenging task for any triathlete but Iserman and her husband, a runner, have worked out a system. “It takes a lot of organization. We have colour-coded schedules to plan our training and other responsibilities,” she says. “If it’s not on the schedule, usually the training session won’t happen.”

Last year was Iserman’s first in the sport. She had her sights set on the Olympic distance at Goderich Triathlon, close to her hometown of Burlington, Ontario. But with a little encouragement from her tri club teammates, she soon adding Barrelman’s half distance race a month later, within her first summer of the sport.

“One of my friends set me up with a training plan in June that year, that showed I was exactly on target with my training to complete Barrelman later in the summer,” she says. “I had really worked on my swimming at that point and was feeling more confident.”

Raising young kids and managing a household doesn’t always make it easy to race multiple times a season and train year round. But Iserman says that the key is having a supportive family and finding a triathlon community that encourages and inspires you.

“My club (IronCanucks, in the Halton area) has been incredible. Last year I could only swim one length of the pool. 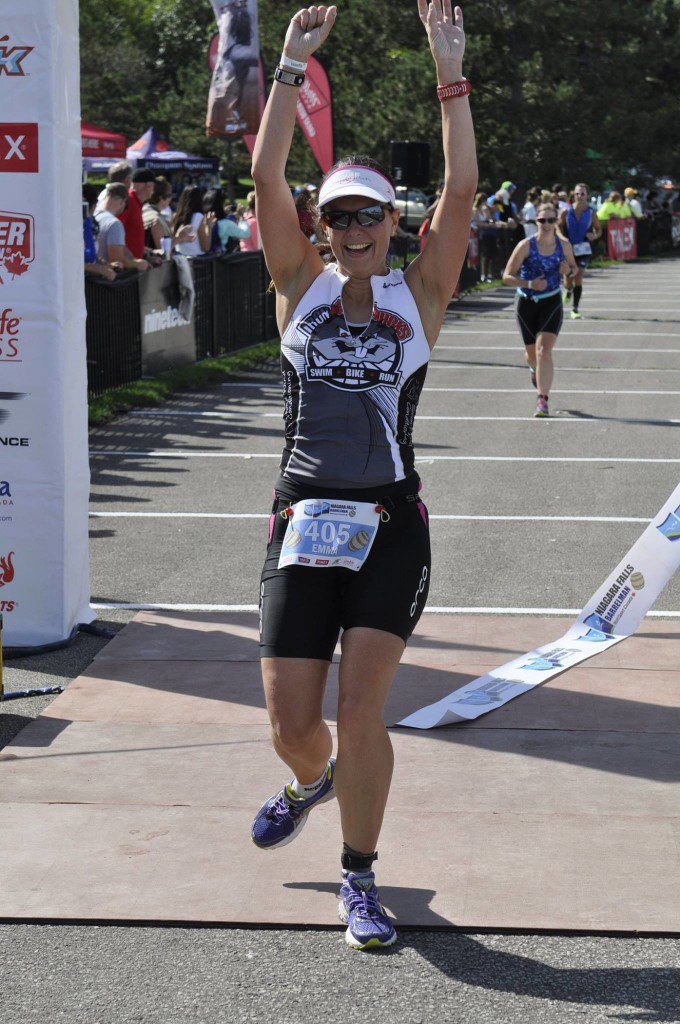 But through peer coaching and swim clinics, I went into Barrelman confident in the water,” she says. “I’ve met many, great people of all different backgrounds and I’ve found the tri community to be so positive and welcoming. I love to chat with other triathletes and see what they’ve accomplished. With this sport, it’s really cool to see what you can accomplish when you put in the work.”

With the support of her family and tri community behind her, Iserman says a full distance race might be on the horizon. “I’ve been thinking about doing it for my 40th birthday next year,” she says. “Since my experiences (last summer), I really know it’s possible.”