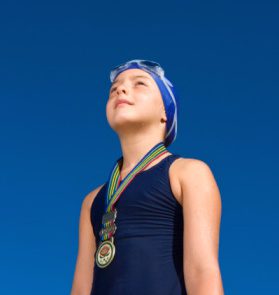 At least 250 young triathletes are expected to compete in the swim-run event ahead of the ITU World Triathlon Abu Dhabi, which takes place on Saturday, March 7.

In an effort to promote healthy living and bring together UAE’s local communities together, the Aquathlon at the ITU World Triathlon Abu Dhabi will feature distances for children from the age of three to 17.

The “Tiny Triathlete,” category is for children under eight and will consist of a 50m swim and a 100m run.

A strong advocate of getting children active through sport in the UAE capital is the Abu Dhabi Sports Council (ADSC) who have consistently introduced exciting initiatives for the country’s younger generation in past years.

H.E. Aref Al Awani, ADSC’s General Secretary, said: “This event is the perfect entry point to get children into sport and to give young emerging talents the chance to realise their full potential. We have created a safe competition with the view of developing the sport of triathlon at a grassroots level and giving UAE’s youth communities what they need to continue practicing the sport.”

The online registration for the The Aquathlon event is now open.