Earlier this year we posted a story with some interesting facts about the sport that most weren’t aware of. Now we’re adding to the list – and once again we’re guessing you didn’t know about them!

Ironman pays Marvel comics for the use of its name

You know how annoying it is when you do a search for Ironman and come up with a bunch of comics or movie suggestions? Well one interesting fact that we learned when Ironman filed an IPO a few years ago was that the company pays royalties to Marvel for the use of the name. According to the original document:

We have a license agreement with Marvel Entertainment Group Inc., or Marvel, that prevents us from using and exploiting our IRONMAN brand in ways that would suggest an association or connection between us and Marvel’s protected “IRON MAN” trademark and related products (such as comic books, toy figures, posters and t-shirts). This agreement also requires us to pay royalties to Marvel for the use of the IRONMAN brand.

There’s no word on how much those royalties are.

The couple who created Ironman handed the event over for free

John and Judy Collins were the couple who started the Ironman World Championship in 1978. Both had participated in the first ever triathlon held in San Diego in the early 1970s, and organized the first race, a combination of the Waikiki Rough Water Swim, the Around Oahu Bike Race and the Honolulu Marathon, as a way to see who was the fittest athlete – a swimmer, cyclist or runner. The first two events had 15 competitors – John competed in 1978.

“They planned to retire in Hawaii and continue to host the event, but the Navy transferred them, so they gave their event information box to Hank at Nautilus Fitness to continue their beloved event,” the Coronado Times reported.

“We got the Ironman going, but it would have stayed a smaller scale under us,” Judy told the newspaper.

“We wanted ordinary athletes to always be able to compete and didn’t think of the entrepreneurial aspect of the sport, and we asked that the Collins family always be able to participate if they wanted to,” John is quoted in the article.

Hank Grundman and his wife Valerie Silk took over the event, and since Silk did the bulk of the work organizing the 1980 event, she took over in 1981 after the couple divorced. A few years later she would pay Grundman $145,000 for his share of the event. In 1989 she sold Ironman to Dr. Pitt Gills for a reported $3 million.

Related: Show me the money – Ironman goes from free to $730 million

Athletes “roll” at the finish line in memory of Jon Blais 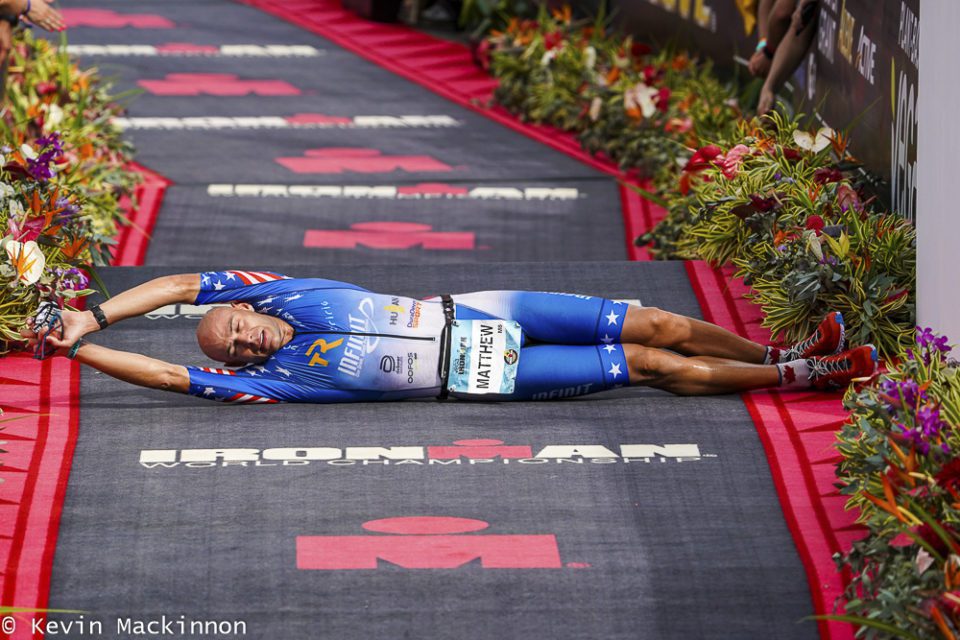 In 2005 Jon Blais competed at the Ironman World Championship after being diagnosed with ALS (Lou Gehrig’s disease). During an interview leading into the race, Blais had told Ironman race announcer Mike Reilly that he was going to get to the finish line, even if they had to “roll him across.” Blais did finish the race that year, and rolled across the line. That move has been taken up by many athletes as a way to bring awareness to ALS, including Matthew Russell (pictured above, who’s mother passed away from the disease when he was 13) and four-time Kona champion Chrissie Wellington. Athletes completing the “Blazeman Roll” continue to honour both Blais and the Blazeman Foundation, an organization that works to raise awareness about ALS and help fund research to find treatments and a cure for the disease.

Dan Empfield, the man behind the original triathlon wetsuit and triathlon bike

While many know him now as the editor of Slowtwitch.com, Dan Empfield’s history in the sport is monumental. He designed the original triathlon wetsuit, and created Quintana Roo in 1987. Prior to Empfield’s invention, triathletes were swimming in a wide assortment of wetsuits designed for surfing or diving.

While bicycle builder Richard Byrne had built some steeper-angle bikes in the mid-80s, his designs never really took off. Empfield, who had been riding the Scott DH bars that revolutionized triathlon riding, came up with a bike design to take advantage of the aero position and featuring a steeper seat tube angle to make riding on the aero bars more effective (and comfortable). The first Quintana Roo Superform debuted in 1989 and shortly afterwards Ray Browning won Ironman New Zealand on it.

Last year Adrian Bennett set the world record for the longest triathlon, completing 7,519.67 km of swimming, biking and running in 189 days. He completed the entire effort 225 km of swimming, 5,850 km of cycling and 1,450 km of running around the island of Singapore.