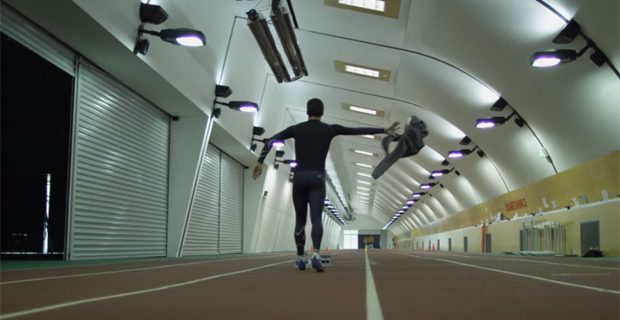 In New York recently, the up-and-coming Australian apparel brand 2XU launched a major marketing initiative that they hope will help move them into the global spotlight.

Their slick and exciting new campaign, designed to get the blood of everyday athletes pumping, with a high-production motivational video and the accompanying hashtag #HeartnotHype.

This campaign places you and your relationship to sport at its centre, which is an ambitious move for the fast-growing company. Two years ago, 2XU hired a new CEO away from Adidas. Kevin Roberts ran the $9 billion global sports division of the German sportswear giant before taking on 2XU, which had previously been best known as a compression gear maker.

Roberts wants to see 2XU grow to be a global powerhouse following in the footsteps of the likes of Under Armour and Canadian hit Lululemon. He believes that in 10 years revenues should exceed $1 billion. In December 2013, these ambitions got another shot in the arm with the world’s largest international luxury conglomerate, Louis Vuitton Moet Hennessey, taking 40 per cent ownership of the brand for a reported $75 million, an investment that has led to the brand’s bullishness.

In 2014, the brand had about $70 million in revenue and was looking to double that by June 2015, however, almost 50 per cent of the revenue comes from compression garments, which remain a relatively niche product.

But Roberts and others believe compression will ultimately create the credibility and desirability the brand needs to further expand into the apparel market. Roberts and the company’s co-founders feel they have positioned the brand as an item that serious athletes use and need to create a competitive advantage. This image and this positioning will be used to attract more general-minded fitness seekers. According to Roberts, 2XU is presently attractive to the most serious athletes, people pursuing fitness with the intention of performance, a group which only represent about 20 per cent of the fitness market. 2XU is looking to find ways to be attractive to more general fitness consumers.

Might 2XU become a household name in the Canadian and international markets?

This is very possible as they’ve backing with very good pedigree, a CEO with a vision and appetite for growth and a position in the market that’s relatively unique with their emphasis on compression and recovery garments. But successfully designing products that will be embraced by the general fitness market is perhaps some years away, as the brand continues to open doors with the products that built their reputation.

2XU Canadian sales director Nikki Beal says that the brand now has a presence in most major sporting good chains in Canada and hopes to soon be able to seek broader recognition as they look beyond the brand’s original sports – triathlon and running – and into the larger team sports markets. 2XU has aggressively mounted a strategy of convincing athletic trainers on many professional sports teams to use the garments. To date, the product is used by elite athletes on more than 40 teams in the NBA, NFL, NHL and MLB. But it’s not until the product is visible on sports heroes that this influence will trickle down to the everyday consumers.

But as a consumer, this is a brand to watch.