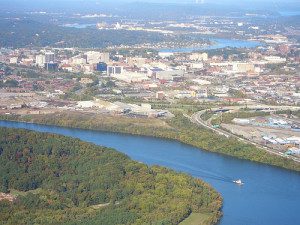 The 2016 Ironman 70.3 World Championship heads to the Southern Hemisphere for the first time – in Queensland, Australia’s Sunshine Coast – before returning to North America in 2017.

The Ironman 70.3 World Championship is the ultimate race in the global Ironman 70.3 triathlon series. Ironman expects more than 185,000 registered athletes to race at over 100 Ironman 70.3 races around the world throughout the 2017 qualifying season.

From those races, more than 4,000 athletes will qualify to race in the 2017 Ironman 70.3 World Championship.

“Since 2006, the Ironman 70.3 race series has grown exponentially around the world and has seen global success with the annual change in host region of the Ironman 70.3 World Championship. I am thrilled to announce that Chattanooga, Tennessee has been selected as the host city for 2017,” said Andrew Messick, Chief Executive Officer for Ironman.

“Chattanooga is a first-class city, fully qualified and well-equipped to deliver an exceptional event, and we look forward to providing our athletes with an unforgettable championship race experience.”

Chattanooga already hosts both an Ironman and Ironman 70.3 race. It features a fast course with a swim in the Tennessee River. Four bridges cross the river over the swim and a pedestrian Riverwalk runs along the entire swim course making it ideal for spectators. Chattanooga is full of attractions, eclectic dining spots and great places to stay.

“We are extremely excited that our community was chosen to host the 2017 Ironman 70.3 Championship,” said Bob Doak, President and Chief Executive Officer for the Chattanooga Convention and Visitors Bureau.

He continued, “Chattanooga is 1 of 6 cities in the country to host both an Ironman and an Ironman 70.3…That’s impressive. We would not have been able to do this without the existing strong partnership with Ironman and the dedication and support of the entire community.”