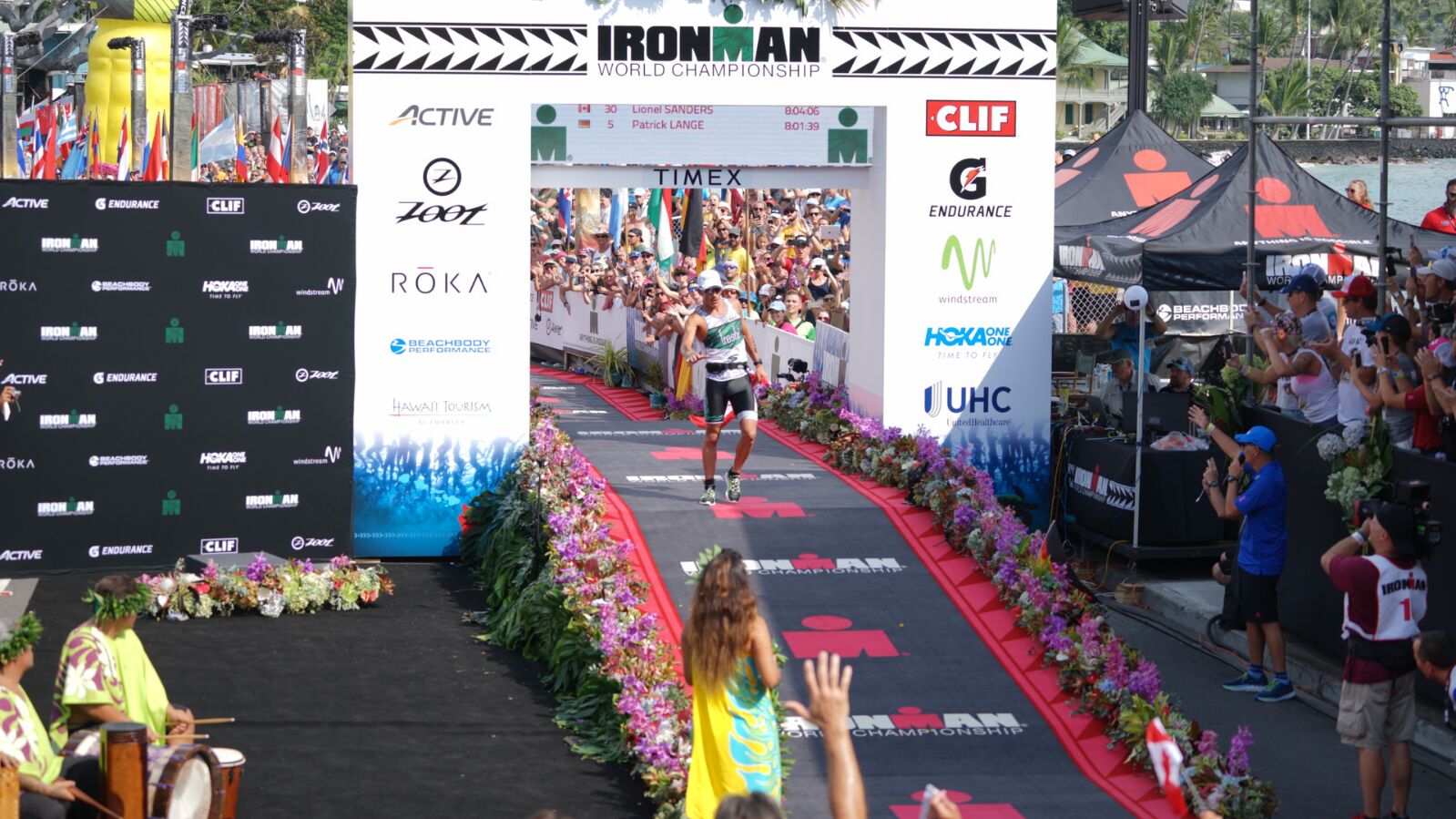 After putting together career-best splits on swim, bike and run courses Canadian superstar Lionel Sanders finished  2nd  at his 3rd appearance at the Ironman World Championship. Sanders crossed the finish line in 8:04:07.

The race went to almost exactly to plan for the native of Harrow, Ontario. And for most of the race, it looked like he would be crowned champion on the Big Island.

He had a personal best time on the Kona swim course in 53:11 leaving a gap of only 6:31 to the leaders. Sanders then launched himself into contention with 4:14:19 bike split. That would’ve been a new bike record had Australian Cameron Wuf not also eclipsed the previous mark with his 4:12:54 bike leg. For most of the run, it looked like Sanders would keep up his consistent pace all the way to the line Ali’i drive. But it was not to be as German star Patrick Lange clawed back the gap between the two with his trademark marathon performance.  Lange broke the tape in a course record time of  8:01:39.  Lange nearly broke the Kona Marathon record of 2:39:45 that he set in 2016. This year he used a 2:40:00 marathon time run down the other contenders. Sanders ran a 2:51:53 to finish as runner-up to the German.