According to DC Rainmaker, the popular program and gaming app has pre-announced their own new Zwift bike as well as a Zwift trainer. The well-known tech blogger learned of the bike through a hardware purchasing survey.  “The survey outlined two new Zwift products, and a smart bike called the Zwift Ride,” he wrote on his website.

There is also a direct drive trainer called the Zwift Wheel. “The Zwift trainer can be upgraded into the Zwift smart bike, which then includes illuminated wheels to basically make yourself a real-world glowing Zwift Tron bike” DC Rainmaker posted. 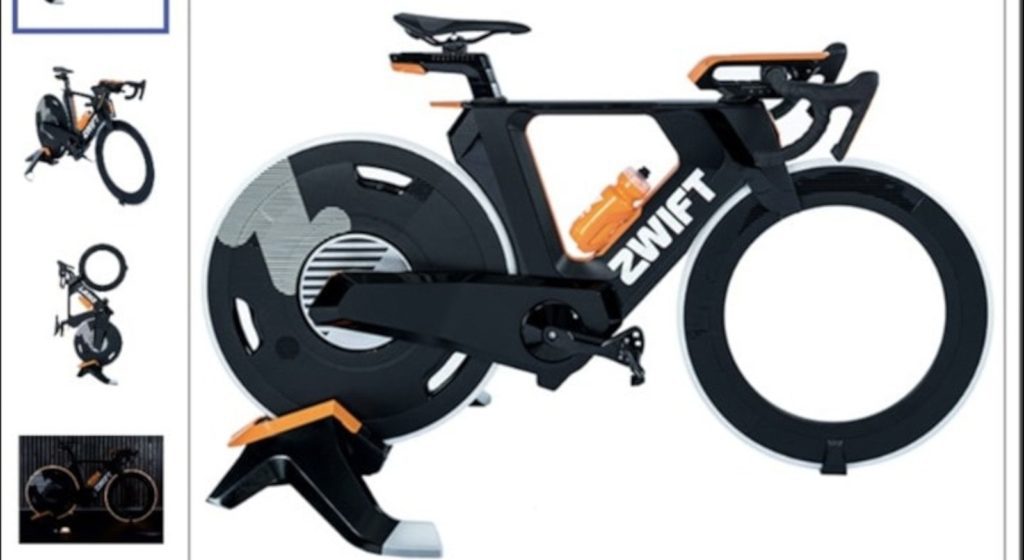 The bike is a thick, sleek but chunky ride, and looks similar to the Technogym indoor trainers. Except of course, it’s not really a bike at all. “The first thing you’ll notice is that it’s actually effectively an accessory to the Zwift Wheel, which makes up the rear of the bike,” DC Rainmaker said. “Hence why in the Zwift Wheel portion they noted that it’s upgradable to Zwift Ride. Basically, you’re buying a bike frame here.”

Do you Zwift? How you can join in on the online fitness explosion

The trainer is a direct drive trainer, except not like many of the existing trainers on the market. Instead, it looks more like the back wheel of the “bike.”

This story originally appeared on the Canadian Cycling Magazine website.