Last week bike radar.com reported that Giant appears ready to reveal a “wild new Trinity Advanced Pro Disc triathlon bike with a wide-stance fork” and, based on a photo posted by Talbot Cox on his instagram page, it appears that Kristian Blummenfelt might be on the bike this weekend at the Ironman World Championship in St. George, Utah. In the photo, Blummenfelt’s bike is covered up, giving the impression he’s riding on a motorcycle.

The bikeradar.com report was based on a video posted by Cadex, Giant’s component brand, to promote Blummenfelt’s Sub7 attempt in June.

The video features Blummenfelt riding towards the camera on the new bike, which features a wide fork similar to that seen on the Hope HB.T track bike used by the British team at last year’s Olympics in Tokyo. 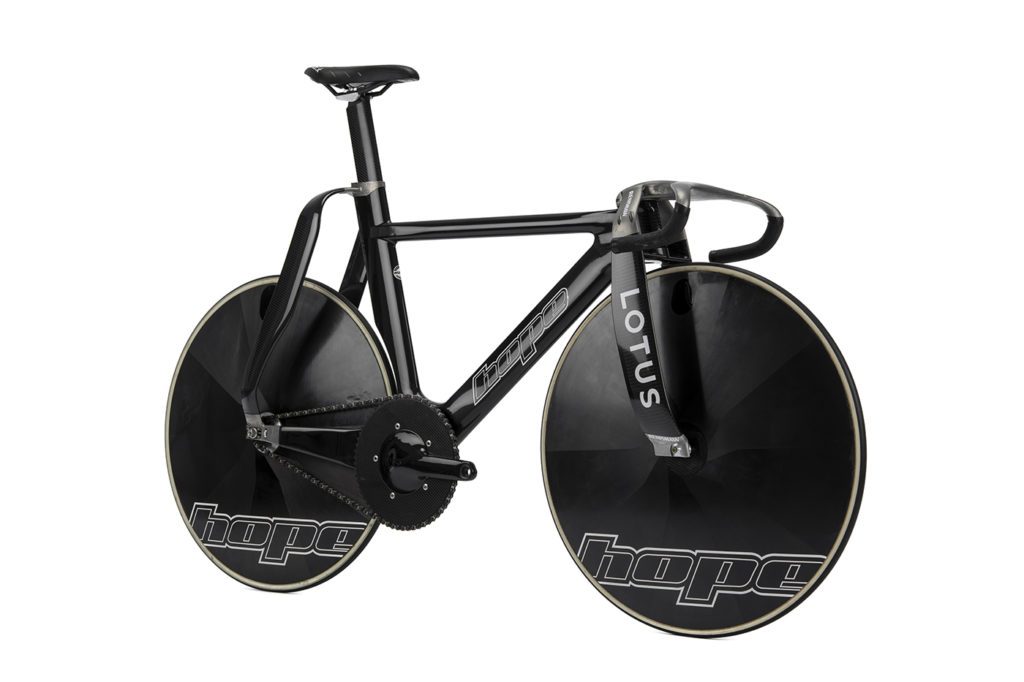 The new bike also appears to feature disc brakes, which has become a mainstay in new Tri-bike design these days.

Blummenfelt’s countryman Gustav Iden, the two-time defending Ironman 70.3 world champion, won’t be on the prototype bike – he posted photos of his custom-painted Giant Trinity Advanced Pro. That version of the bike was first introduced in 2015 and is a rim-braked bike.

Triathlon Magazine Canada will be in St. George this weekend and will be on the lookout for the new bike, if in fact Blummenfelt is on it this weekend.