Unless you only got into the world of triathlon and running yesterday, odds are that you’ve heard a lot about carbon-plated shoes. These have taken the sport by storm in the past few years, and today you would be hard-pressed to find a professional runner whose shoes don’t come equipped with a carbon plate.
While the carbon-plated shoe revolution got its start with the world’s elite, that doesn’t mean these are only reserved for pros. Whether you’re working toward completing your first sprint triathlon or training for your 10th appearance at Kona, carbon-plated shoes are an investment that every triathlete should consider, because you don’t have to be breaking world records to benefit from the technology.

Related: Will prototype shoes be banned from triathlon racing? 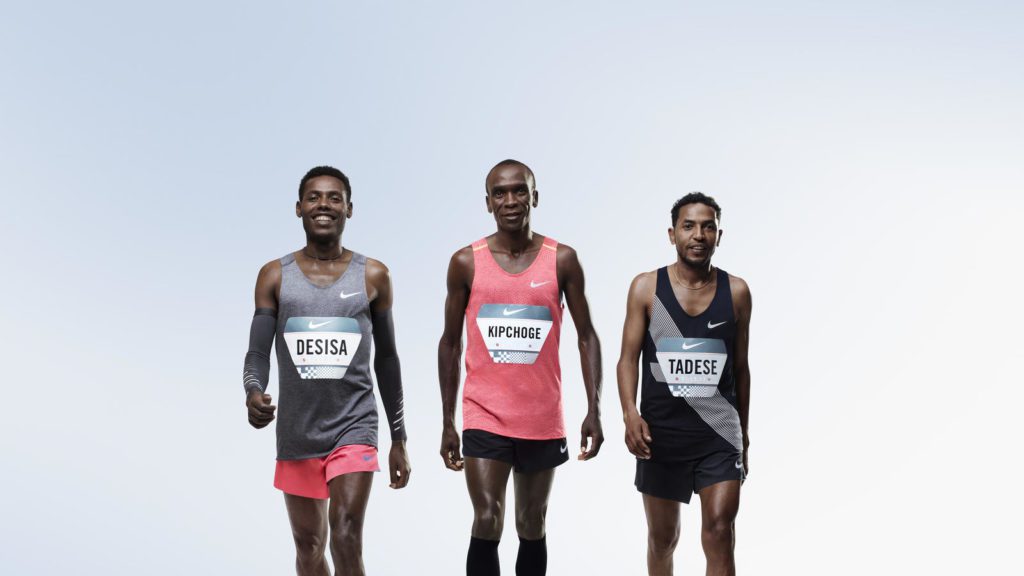 A short history of carbon-plated shoes

The carbon-plated shoe isn’t a brand-new idea — many companies dabbled with the idea of including a carbon plate in the shoe’s midsole for decades. However, it took until 2017 for Nike to finally crack the formula and change the game forever with the introduction of the Vaporfly, which featured a full-length carbon plate. Suddenly, athletes wearing the Nike Vaporfly began dominating races all over the globe, not just beating their competitors on the day, but also smashing world records.

Since Nike introduced the Vaporfly, every major shoe brand has released its own lineup of carbon-plated racers, and they’re only going to continue to produce these record-breaking shoes. The Vaporfly and its competitors may have only been available to the best of the best at first, but thanks to this arms race in which every shoe company is now embroiled, carbon-plated runners can be worn by anyone, and they’re certainly worth the purchase if you’re in the market for a new racing shoe.

Why you should go for the carbon plate

Triathletes are obsessed with finding ways to get faster. You’ve spent countless hours perfecting your swim stroke to cut valuable seconds on race day. You’ve tested and retested nutrition plans to help you make it to the finish line quicker. You’ve even shaved your legs to make yourself as aerodynamic as possible, despite what your non-triathlete friends have to say about it when they see you in shorts. So, after doing all of that and more in the name of speed, why would you not wear carbon-plated shoes?

Thinking that carbon-plated shoes are only for professionals is just silly at this point. Ignoring this shoe revolution simply because you’re an amateur triathlete would be like opting to race a mountain bike in an Ironman (even if you have enough money to buy a triathlon bike) and saying, “Aero bars are just for elites, I’m gonna stick with this ride.”

Of course, one thing holding you back may be the money, but after being on the market for a few years now, carbon-plated shoes aren’t outrageously expensive anymore. Sure, there are some that would still make a dent in your bank account, but in general, shoes with carbon plates are around the same price as the ones without them. With that in mind, if you’re planning to get a new pair of racing shoes, you might as well go for the faster of the two options out there.

At the end of the day, you have to realize that we’re living in the golden age of shoe technology. Shoes are getting faster and faster every year, and they’re available for anyone. If you want to get faster and you’ve already checked every other box, then it’s probably time to go carbon. You won’t regret it.

This story originally appeared in the March, 2022 issue of Triathlon Magazine Canada