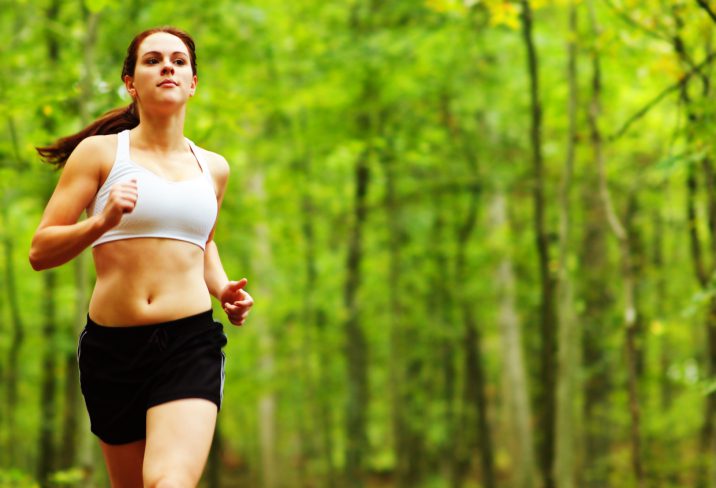 Like most of my fellow runners out there, I am attached to my favourite running routes. After all, I’ve spent a lot of time with those trails, roads and hydro fields over the years. So, on the morning of my last run in my hometown of Mississauga, Ont., before heading back for another year of school in Kingston, I headed out the door with the plan of visiting all my favourite spots. It would be awfully rude of me to leave without saying goodbye, right?

After my adios to the waterfront trail, my high school track and backyard hydro field (hydros are great places for strides, by the way), I headed to the local cemetery as the final stop on my personal running tour. At the gates, I suddenly stopped and wondered whether I should go in wearing only a sports bra and shorts. Was such attire acceptable for a cemetery?

I decided to go in for a quick loop, since it was 7:30 a.m. on a Sunday morning and therefore unlikely that anyone else would be around. But my hesitation got me thinking, would I have gone in if it had been later in the morning? What if I had been running later in the day? The answer was “no.” I wouldn’t have gone in if it had been later. For the first time in my twenty years, I thought about the appropriateness of the sports bra.

In high school, running in only a sports bra was taboo, something that was never even considered at cross-country practice. Then, moving up to the university level, at my first varsity practice, the girls team did so without qualm. As an awkward first year, I kept my singlet on. So, was there an age at which running in just a sports bra became OK?

No, that couldn’t be it. One rarely sees older women out running without a shirt. Maybe there was an age minimum and maximum?

The more I thought about it, the more I came to think that location must be the most important factor. The deserted back roads at my cottage are my favourite running routes. I can stay cool and the deer don’t care what I wear.

But the city is a different story. When I’m there, I only run with a sports bra when I’m out the door early enough that there won’t be very many people around. Even though I’m perfectly entitled to, I still feel as though people judge one for forgoing the shirt when really I’d just like to do less laundry.

I’d like to draw upon the TMC readership to help me reach a conclusion. Where, or when, is a sports bra — shirtless for the guys — OK? What places are off limits?