It’s been seven years since we’ve seen Trek update its triathlon/ TT bike, the Speed Concept, but the wait is over – the company is launching a new redesign of the bike that Trek says will be six-minutes faster over a full-distance, 180-km bike course. And that speed isn’t just for pros and Uber-biking age-groupers – the company’s testing sees even more gains for athletes who are averaging slower speeds for their long-distance efforts.

Like other super-bike manufacturers over the last few years, one of Trek’s big challenges with any sort of revamp of it’s aero offering was to make the bike faster than it already was. The Trek engineers managed to make the latest Speed Concept 16 watts faster while improving comfort and offering full integration of accessories and hydration. The new front end offers lots of fit options, too, while also improving aerodynamics, too. 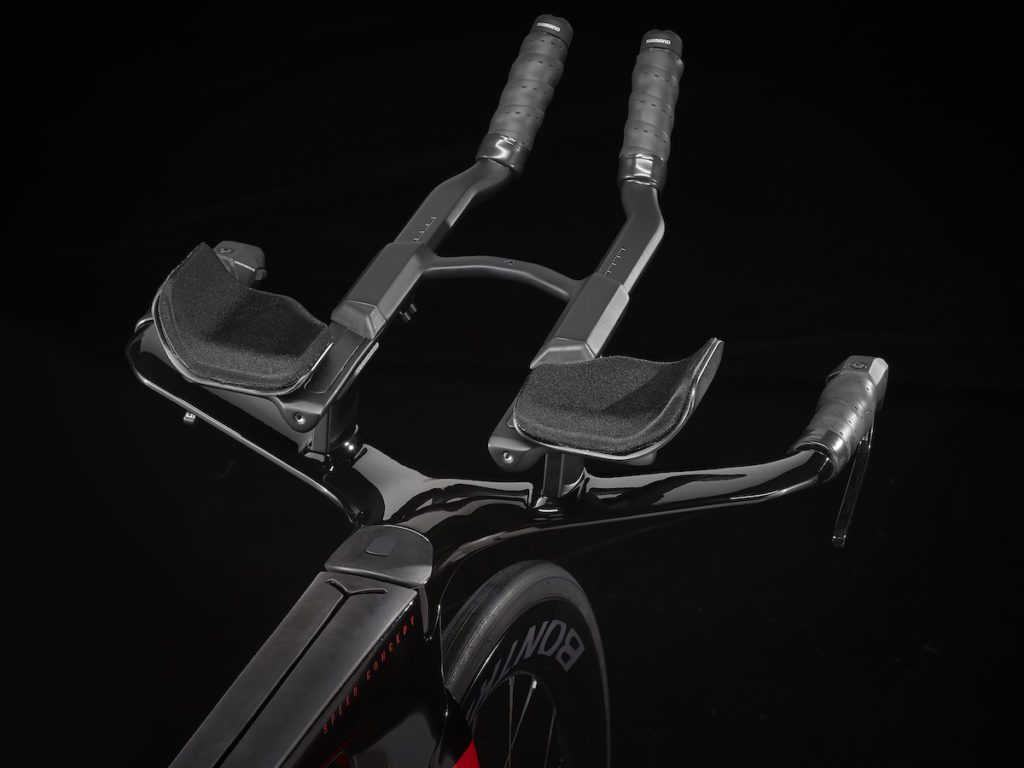 The new Speed Concept is more aerodynamic at higher yaw angles, too – for those of us who don’t think like aerodynamicists, what that means is that it is faster when you’re dealing with crosswinds. (Can anyone say Kona?)

Like pretty much every new bike we’re seeing these days the new Speed Concept comes with disc brakes. The Trek engineers have managed to incorporate the new brakes without adding any weight to the overall package and improving aerodynamics, too. 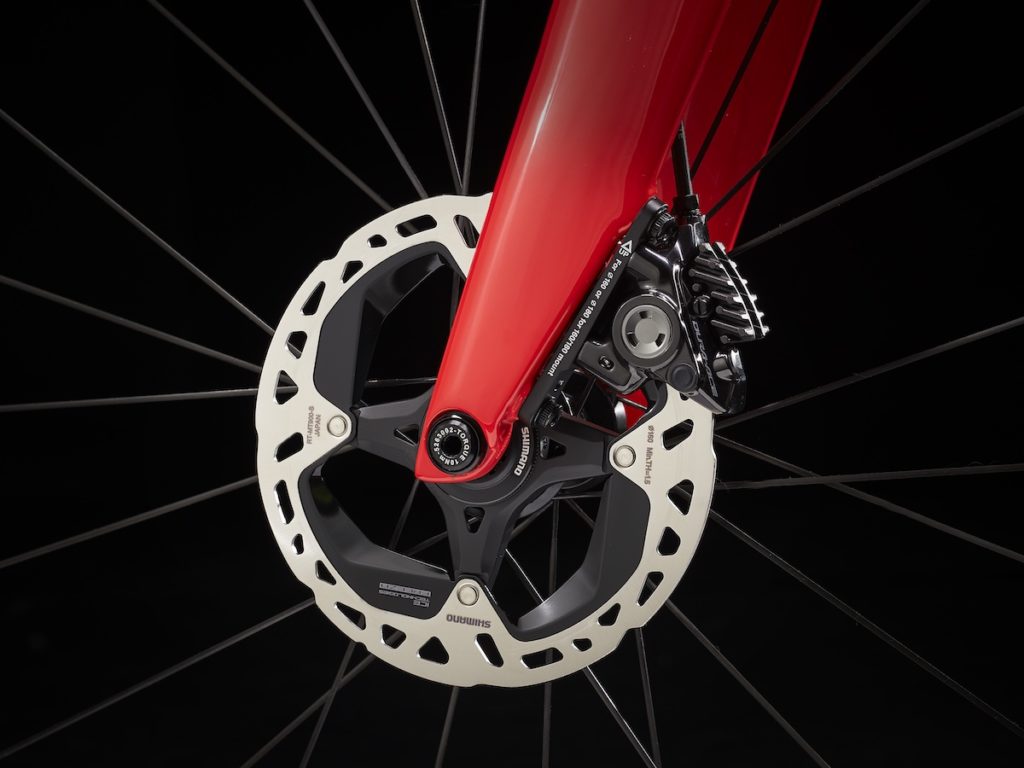 Even the most aerodynamic bike on the planet won’t make you any faster if you can’t stay in an aero position while you’re on it. Trek has developed an excellent online fit calculator that will allow you to dial in the correct size frame, but also the exact components that will nail your fit on the bike, too. The new front end doesn’t feature a mono-riser, which has been popular with other bikes of late. Trek found that the dual towers for the aero bars improved aerodynamics by moving “dirty air” in front of the legs. Adjustments are also very easy, one or two Allen keys will get things done, and Trek has also designed the front end so that it can come off easily for travel without making any changes to the fit.

The bike also uses Trek’s IsoSpeed design to improve comfort – basically the seat tube is decoupled from the top tube and flexes as you go over uneven roads. For the new Speed Concept the IsoSpeed pivot was moved forward to match the aggressive forward position that triathletes favour. Trek’s testing has shown that the new frame is 40 per cent more comfortable than the previous version, which would make a dramatic difference, especially for triathletes who have to run after they are done the bike.

The new Speed Concept will be exclusively available through Trek’s Project One program, which means you can customize everything from paint to components for the bike, ensuring you get exactly what you want for your new ride. There are three base bar options and three stack tower possibilities, so you can really dial in the perfect fit.

Triathletes need a number of supplies during races, which is why storage is a critical  part of any tri bike. The new Speed Concept allows you to carry your hydration and nutrition supplies without any aerodynamic penalty – in fact, the entire system is faster with the hydration and storage options. 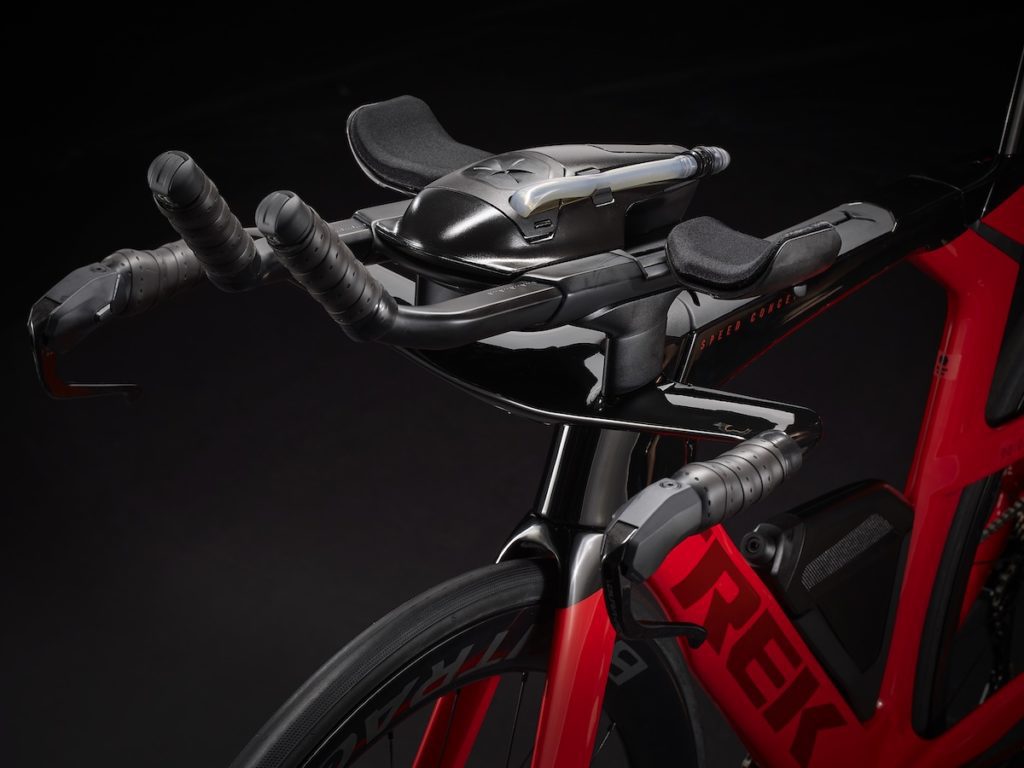 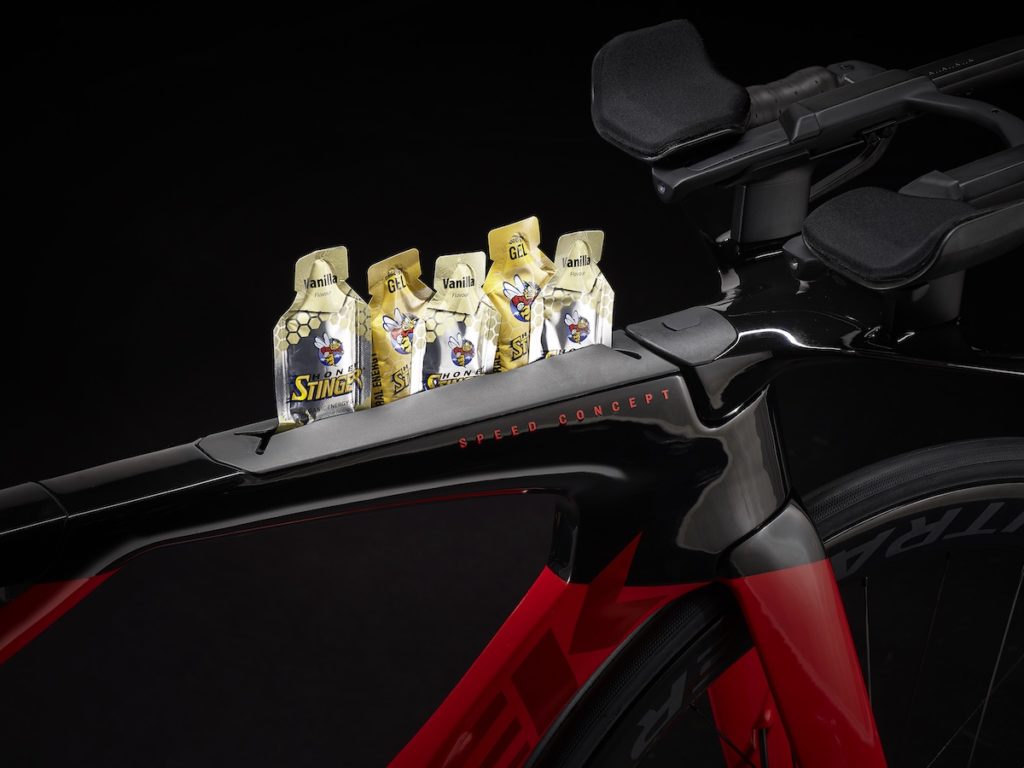 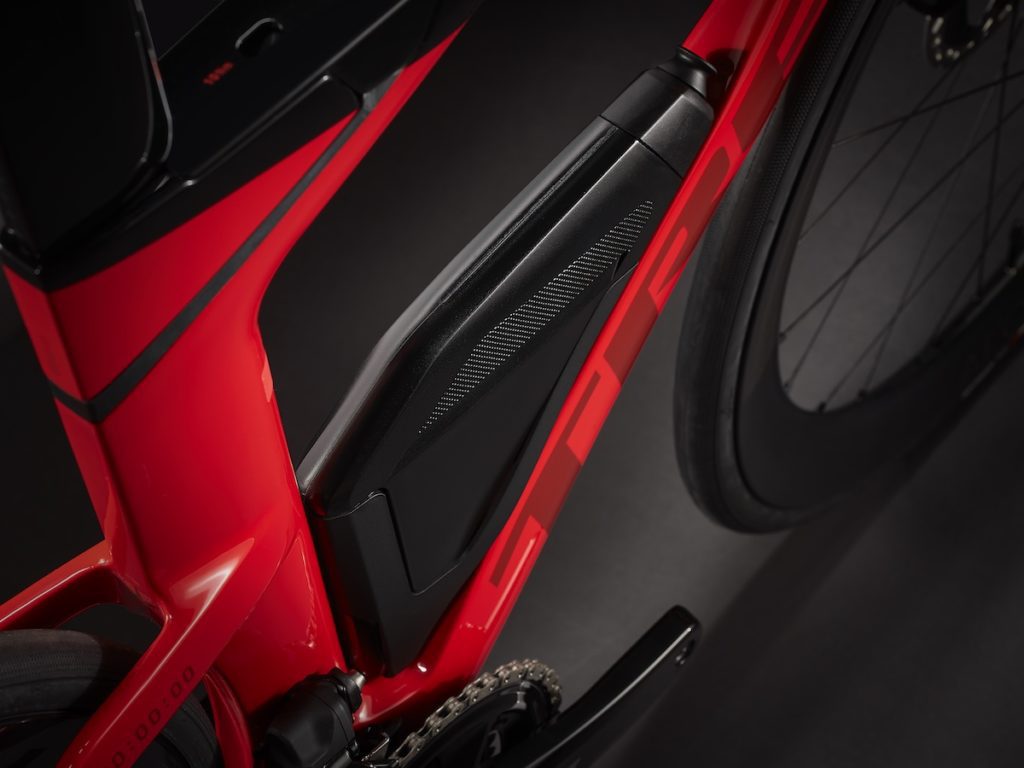 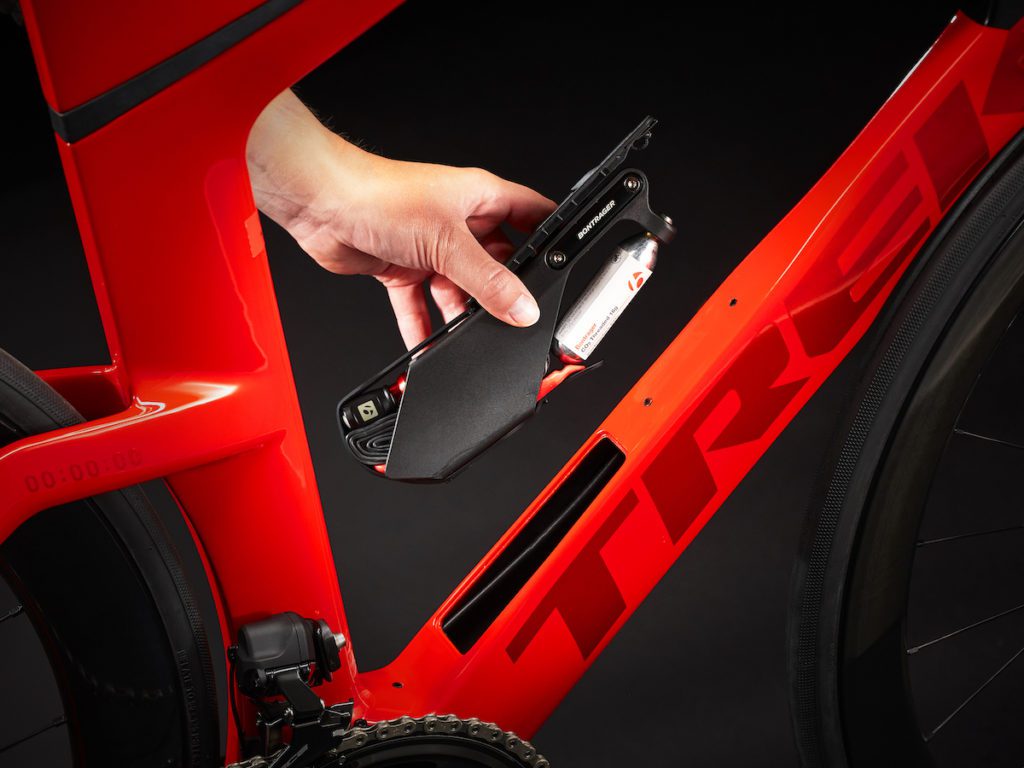 There are a few different options for the triathlon version of the Speed Concept, and there will be a TT version, too. The TT version will come as a frameset and skips the IsoSpeed pivot and some of the other hydration and storage options – it’s really geared for short time trial efforts.

All this speedy technology doesn’t come cheap, though, as you’ll see with the prices below. Trek appears to be focussed on the high-end consumer with it’s triathlon offering – all the models come with the same top-of-the-line SLR carbon frame, with the differences in models based on the drivetrain and wheel selections.

The P1N designation means that customers will have 5 paint pre-determined ‘Signature’ series paint jobs from Project One that are available as a stock bike.

We’re anxiously waiting for a Speed Concept review bike to arrive and will have a more detailed review once we’ve had time to check it out.