A calf-injury derailed 2014 Ironman world champion Sebastian Kienle’s race at the PTO 2020 Championship at Challenge Daytona last week, which meant he wasn’t able to show off just how fast his new Scott Plasma 6 is.

Kienle said before the race that he’d made some changes to his position on the new bike – he looks more stretched out than we’re used to seeing him, for instance. As you can see in the photo below, the new position is really low and his elbows are quite close together, too.

The bike Kienle rode in Florida looks a bit different to the one we saw in videos when the bike was launched in October – the biggest change being what appears to be custom made Speedbar aerobars. The front end of the bike looks incredibly clean, and the integrated water system with its straw that snakes up to the handlebars provides an aerodynamic and easy way to get hydration without having to move from the aero position. The base bar also appears to tilt up a bit to the hand rests, giving Kienle a bit more upright position while on the brakes.

Speaking of brakes, the above photo also highlights the SRAM S-900 Aero HRD disc brake levers – the new Plasma 6, like so many aero tri bikes these days, features disc brakes. 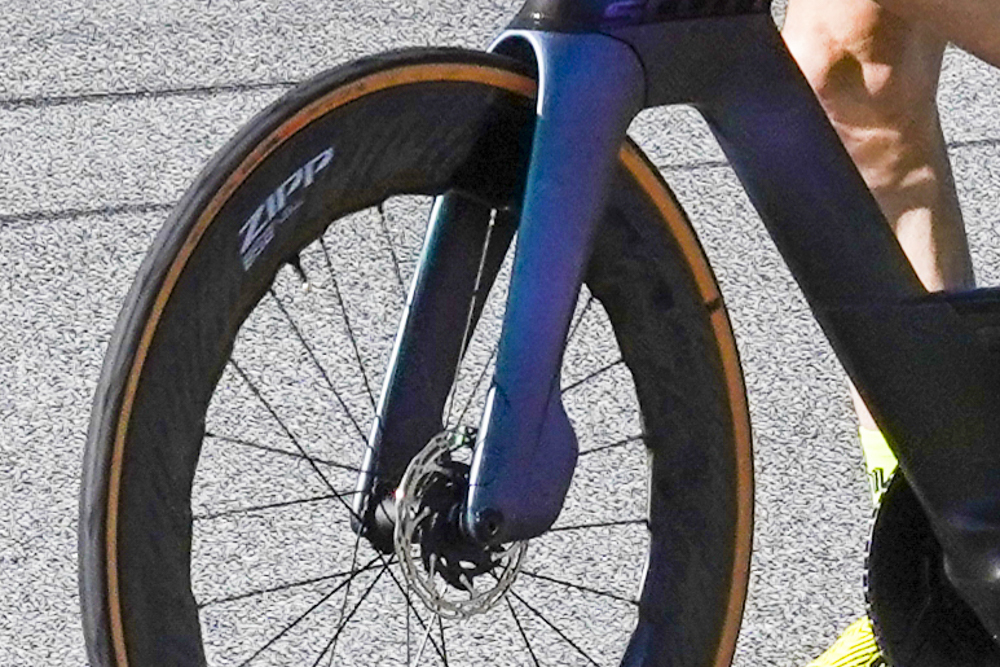 One of the biggest design changes seen in the new Plasma 6 is the space between the front wheel and the down tube. According to Scott the added space isn’t ideal in absolutely perfect conditions, but in real-life scenarios “the slightest of movements of the front wheel … create strong turbulence and significantly increase the drag.” The new design is supposed to alleviate that turbulence and reduce overall drag. The rear wheel is tucked in as close to the seat tube as possible. The beefed up fork also provides some added stiffness, something a power-rider like Kienle would crave.

Kienle carries one water bottle in addition to the integrated hydration available in the Plasma 6. The storage box behind the seat tube carries a tube and a quick fill, and also helps with aerodynamics.

Kienle has been sponsored by Zipp and SRAM since 2013. In Daytona he rode the Zipp 858 NSW on the front and the Super-9 Carbon Tubeless Disc-Brake Disc. He’s been riding Schwalbe tires since 2019. The tires here are a prototype of the Schwalbe Pro One. 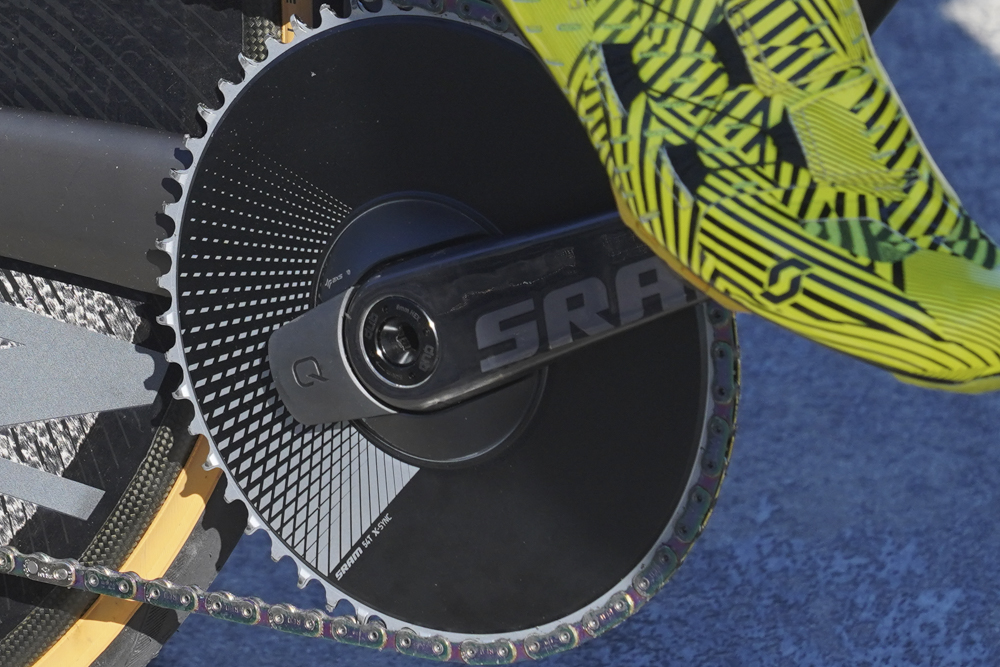 Kienle’s SRAM Red 1 AXS Power Meter features a 54-tooth chain ring. We’d love to know where that came from – the largest we can find on the SRAM site is 52-teeth! No front derailleur required – this is 1X, folks.

It all added up to a very speedy package – we’ll look forward to seeing Kienle getting a chance to really put the bike through its paces in 2021.