We just reported that the ITU is currently looking at the rules governing shoes that were recently adopted by World Athletics. Nike appears ready to continue it’s domination of the elite marathon scene with the announcement of a new shoe today.

Seemingly in defiance of speculation that the shoe worn by Eliud Kipchoge when he ran a 1:59 marathon would be banned under World Athletics’ new shoe rules, today at the 2020 Future Forum in New York City, Nike revealed the Air Zoom Alphafly Next%, claiming it meets all the requirements for elite competition.

Related: Will prototype shoes be banned from triathlon racing?

The brand also unveiled similar shoes for training and track racing incorporating variations on the technology featured in the Alphafly, but the running world is focused on the marathon shoe, which will most likely be on the feet of Nike athletes first at the U.S. Olympic Trials on February 29 (i.e. in limited release), and at the Olympic marathon in August.

Apart from the green/black colourway, the new Alphafly looks very much like the shoe Kipchoge wore in Vienna. Nike isn’t revealing the exact height of the foam platform, but the new rules say it can’t exceed 40 mm, which is still 4 mm higher than the Vaporfly Next% and 9 mm taller than the Vaporfly 4%. The rumour about the shoe having multiple carbon plates turned out to be false–the consumer model, at least, has only one, another limit imposed by WA. 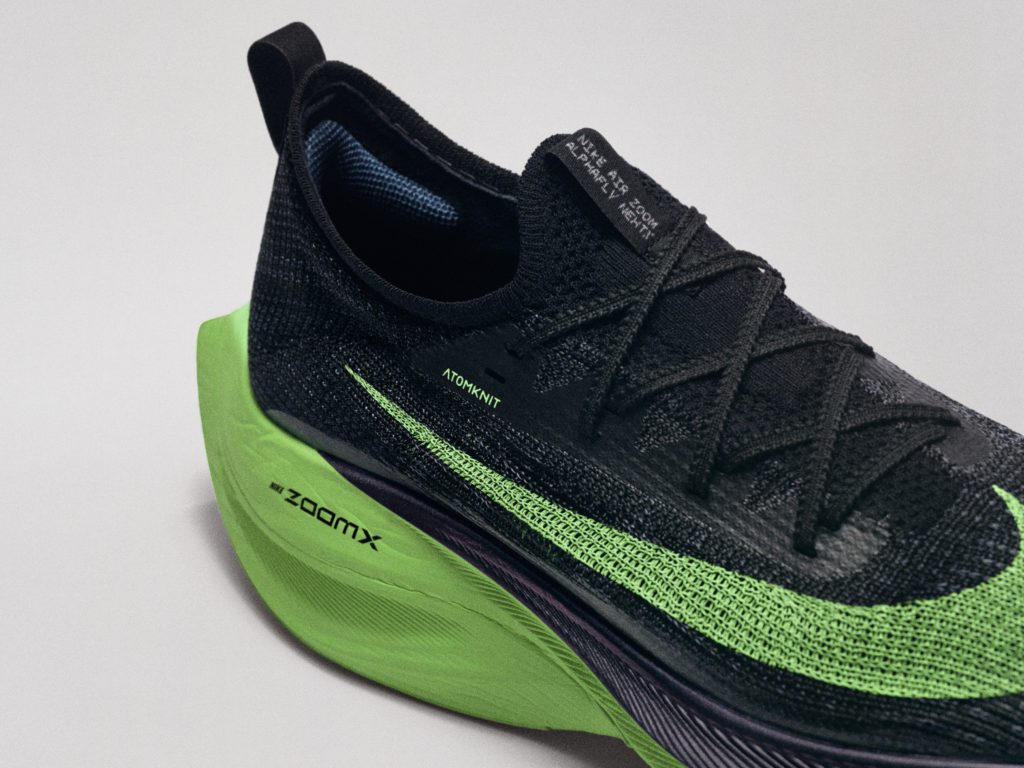 3 main components of the Alphafly Next%: 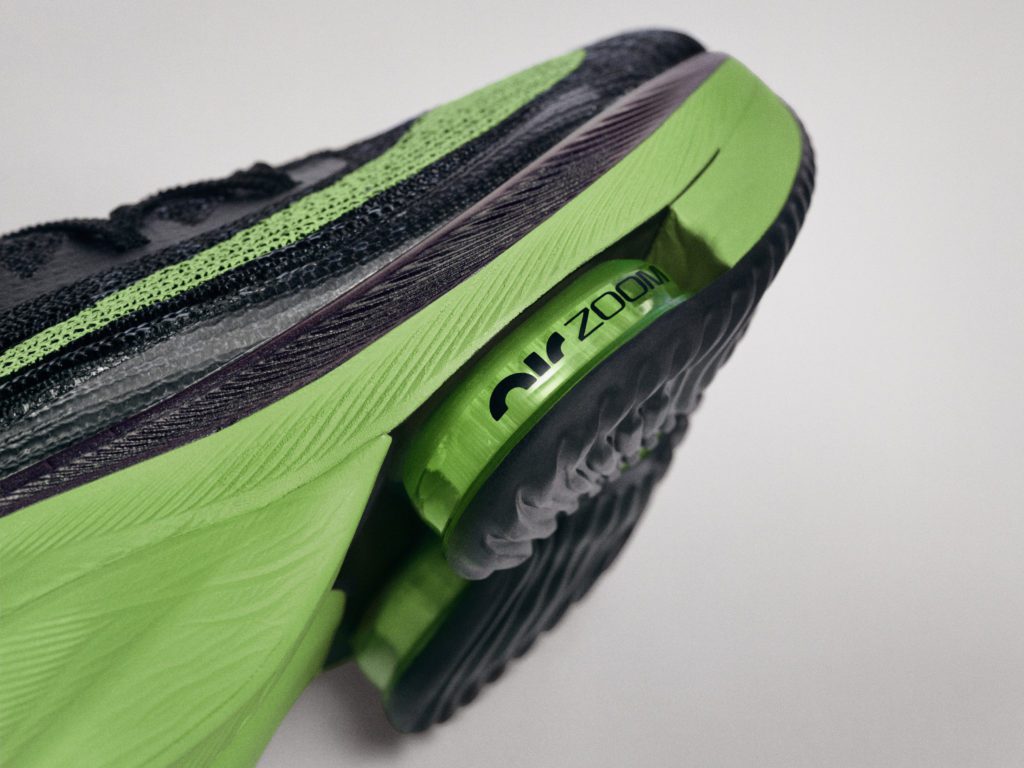 The shoe has a super-light flyknit upper called Atomknit, and retains the off-centre lacing system that we first saw in the Vaporfly 4%.

The other models introduced today include: