Carbon-plated shoes have been on the running market for years, and they have taken over road racing on the promise that they can make runners more economical. Efficiency is tied to a runner’s economy, which refers to the amount of energy expended to maintain a particular speed. The more efficient you are, the better your running economy. Nike’s promise with the Vaporfly 4% was to make runners up to four per cent more efficient, but new research is suggesting that these energy savings might not come from the carbon plate.

A group of researchers recently published a paper in Nature Journal that refutes some of the carbon-plated hype. They suggest that the stiffness of the shoe alone might not be significant when it comes to lessening the effort to maintain a particular pace. 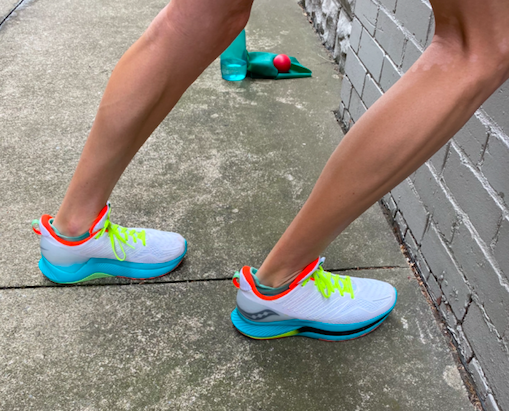 This paper assessed the bending stiffness of shoes (which is what the plate changes) and how much added stiffness improved running economy. Researchers added carbon plates to Adidas shoes that were 0.8, 1.6 and 3.2 mm thick. They found no difference in the flexion of the ankle joint or muscle activation in the feet or legs by adding the plates, meaning that they didn’t find these plates improved economy at all.

While these researchers don’t believe that the plate alone is responsible for the improvement in running economy, they can’t deny that Nike has seen improvements through their carbon-plated shoes. Their new working hypothesis is that the magic isn’t in the plate, it’s in the foam – the plate is merely a prop to help the foam to do its thing.

When considered alongside World Athletics’ new shoe rules this hypothesis makes a little more sense. WA’s rules, which came out in early 2020, put a regulation on the plate (there can be only one per shoe), but they almost imposed an upper limit to stack heights, putting regulations on the foam as well. This could’ve been a happy accident or maybe they’re onto the fact that the foam is very much a part of the secret sauce of Nike, and other companies’, fastest shoes.

What does this mean?

There have been lots of hypotheses about how much faster one could’ve run if only they’d had carbon-plated shoes back in the day. Researchers in this study suggest that you probably wouldn’t have run much faster by slapping a stiff plate into the middle of your shoe’s foam. They concluded, “Changing footwear bending stiffness hardly changes athlete biomechanics and may not improve running economy. Therefore, if competitive distance runners went back in time, added carbon-fiber plates to their footwear, and re-raced, their performance would likely not change.”

But slapping some fancy new foam and a carbon plate onto your old upper – now that might have produced some faster times.