Last week we reported that Kristian Blummenfelt would be riding a new bike at this weekend’s Ironman World Championship in St. George – today we learned more about the bike that the 2021 Olympic champion will be riding.

The bike is actually a prototype Cadex frame. Cadex is a division of Giant Bicycles which produces wheels, saddles and tires. According to a source at Cadex, Blummenfelt will also be riding a prototype wheel system, too. 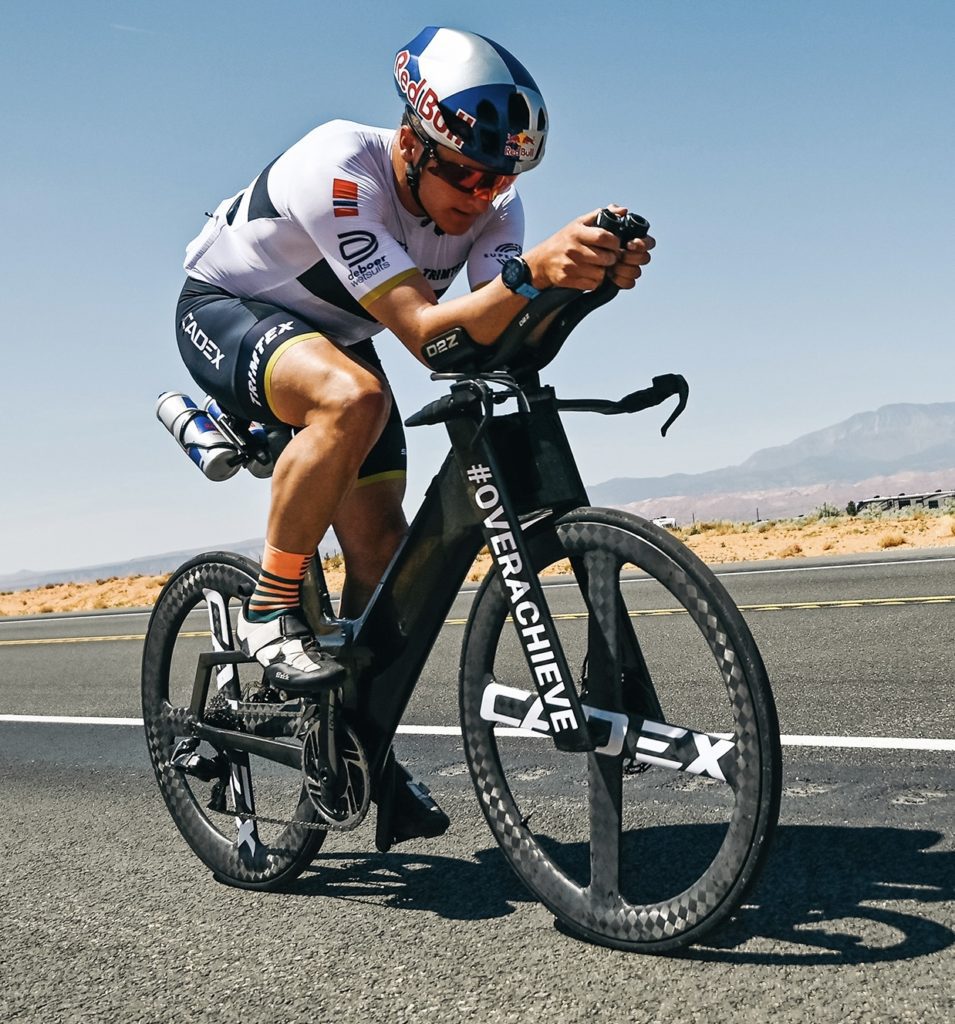 There aren’t too many details about the new bike, but one glaring feature is the lack of a top tube.

Blummenfelt will apparently be using a Cadex four-spoke front wheel with a disc for the rear. The bike is equipped with SRAM’s Red eTap components.

You can check out a video featuring Blummenfelt’s pre-race preparation and the new bike here.