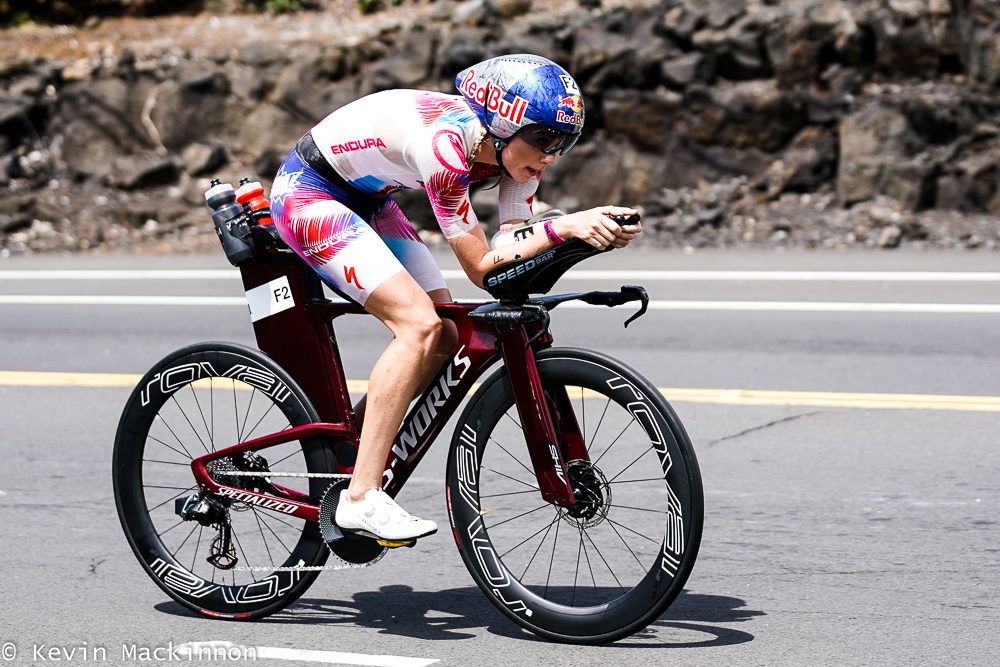 She might be renowned as the sport’s premier swimmer, but you don’t finish second in Kona three years in a row, win the Ironman African Championship two years running, be the only female winner of the Challenge Championship and win Challenge Roth unless you are proficient at all three sports.

In Kona this year Charles-Barclay led the way out of the water thanks to a blazing 49:02 swim split, stayed in front into T2 thanks to a 4:47:20 ride, then led until about 30 km into the marathon before finally being passed by Anne Haug. (Sarah Crowley would actually pass Charles-Barclay, too, but the gutsy Brit managed to get back ahead of the Australian over the closing few kilometres of the run.) Charles-Barclay’s 3:05:59 marathon got her to the line in 8:46:44 for her third-straight runner-up finish in Kona. 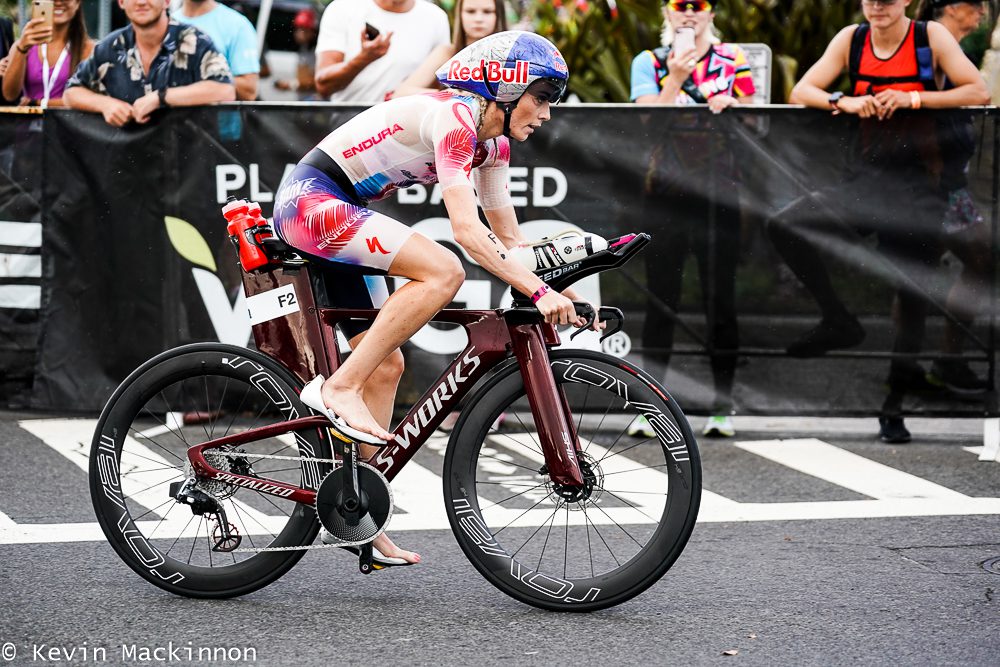 Introduced in Kona last year, the Specialized Shiv features a large water compartment behind the seat post which carries 1.5 l of liquid, along with storage for food on the down tube. The bike is not UCI-legal – it’s a triathlon bike through and through designed to optimize aerodynamics and fit options.

In addition to the huge water storage behind the seat, Charles-Barclay also had access to three water bottle cages during the race: two behind her saddle and one between her forearms on the Speed Bar aero extensions. Charles-Barclay’s speedy Shiv had SRAM Red eTap components with Ceramic Speed pulleys, SRAM disc brakes and Roval CLX 64 disc wheels.

We caught up with Charles-Barclay after her impressive race in Kona for this post-race video: