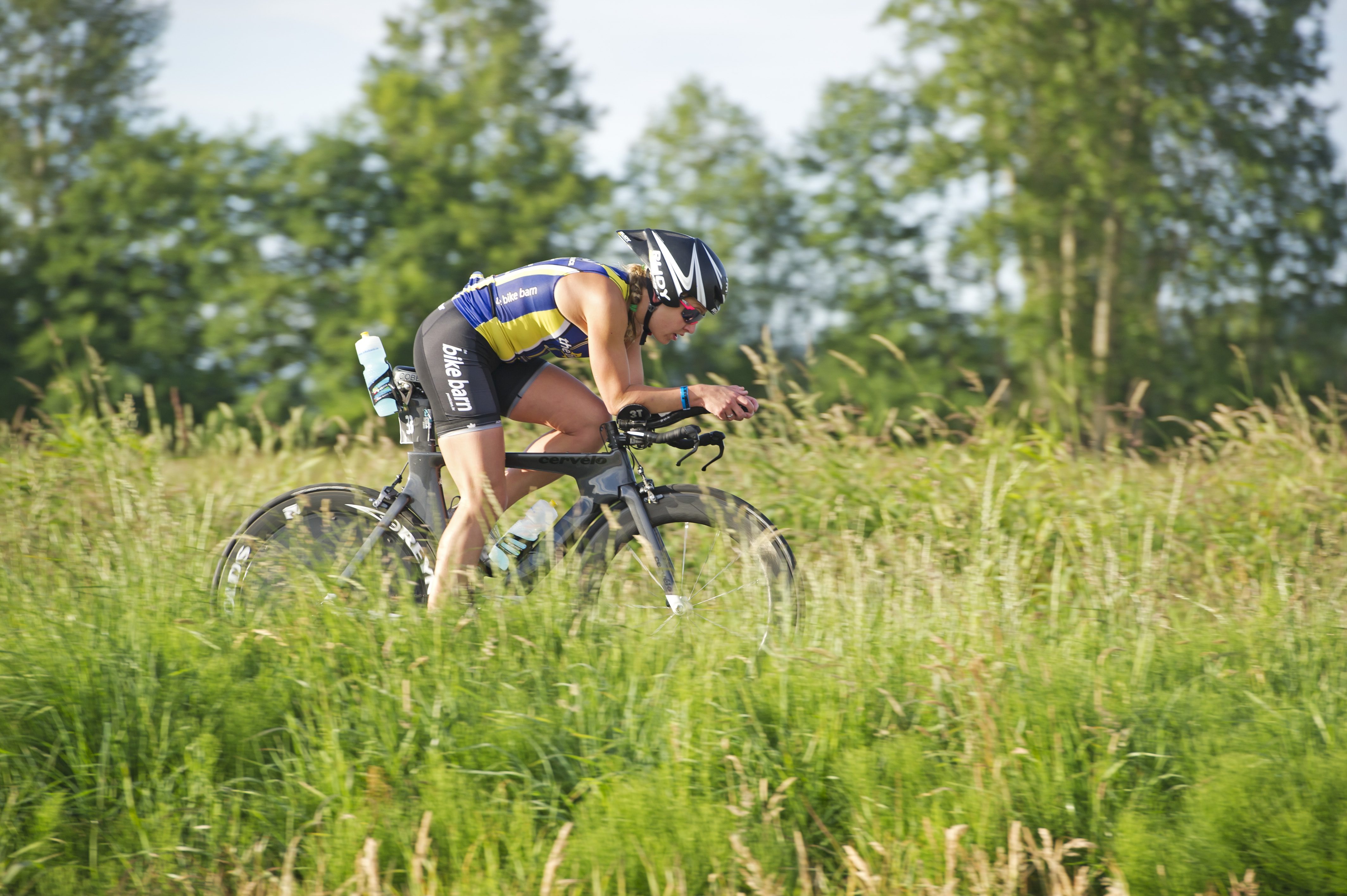 A profile of TMC’s Long Distance Triathlete of the Year runner-up, Jen Annett.

It’s not supposed to work this way. Triathlon is supposed to be a lifestyle. A fitness activity. In Jen Annett’s case, though, it might be what’s keeping her alive. She has epilepsy, possibly brought on after she was hit by a car while training for the Ironman World Championship in Kailua-Kona, Hawaii, in 2008. Two years after the accident she had her first grand mal seizure – at home while putting Christmas presents away. She came around on the couch when her husband called her, asking why she hadn’t picked him up from work. She sounded drunk on the phone and had a lump on her forehead she couldn’t explain.

The next day she had another seizure – this time at the bank she worked at. She was talking to a client and the next thing she knew she was on the ground with paramedics in front of her. Suddenly the “spells” she’d been having for the last two years made sense. Annett had epilepsy. Over the next few years she would battle through a variety of medications and, despite predictions that she wouldn’t be able to get pregnant and have a healthy baby, she did, even though she had a grand mal seizure five and a half months into her pregnancy. She had more seizures after her son was born, too.

The treatment options for her epilepsy weren’t great. She was put on a variety of medications and put on the waiting list for surgery, which would be at least two years. In 2013 she decided to return to training and racing. She signed up for Challenge Penticton and went back to work in May. Juggling motherhood, training and work was a challenge, but she still managed to finish third in her hometown event.

After the race she backed off her training,only to find that suddenly the seizures were back – she had four in one day that October. Her driver’s license was suspended, meaning she had to get her son to daycare either on foot or on a bike. The doctors maxed our her dosage of her medication, leaving her “a totally different person.”

“I was tired all the time and had no motivation to do anything,” she says. “I didn’t even want to play with our little boy. Our relationship began to get stressed because of my lack of interest. I was just so tired all the time.”

She kept with her training, though, and the next year had her best results ever – including another third in Penticton, a personal best. Annett continues to race – and race well. In June she finished second at Ironman 70.3 Victoria and looks to have another top finish at the world’s at home in Penticton in August.

“I truly believe that the mind is the strongest part of our body,” she says. “I, by no means, have been a ‘happy-go-lucky’ person throughthese last few years. I have had my moments where I just want to give everything up. I just keep telling myself what I have accomplished and about the amazing life that I really do have with the perfect family. Sometimes that’s what it takes – to just take a step back and appreciate the things that are good, instead of dwelling on the bad.”

Annett is living proof that strength, determination and a positive attitude allows you to achieve virtually anything. She’s also a walking inspiration to those with epilepsy – proving, too, that it doesn’t have to rule your life.

Things are pretty good for Jen Annett. And boy does she ever deserve that.