This weekend 125 athletes from around the world will be in Lac Megantic, Quebec to take on the fifth edition of the CanadaMan/Woman Extreme Triathlon. It is the Canadian leg of the XTRI World Tour, following in the spirit of the famed Norseman XTRI event.

It’s not hard to label the event as Canada’s toughest triathlon – the day begins at 4:30 AM with a 3.8 km swim in Lac Megantic, then there’s a 180 km bike along the Route des Somme’s that includes 2,500 m of climbing, followed by a 42 km run that features 1,200 m of elevation gain and ends at the Mont Megantic Observatory. Like the Norseman, athletes must have a companion for the final stages of the run since it’s so tough. 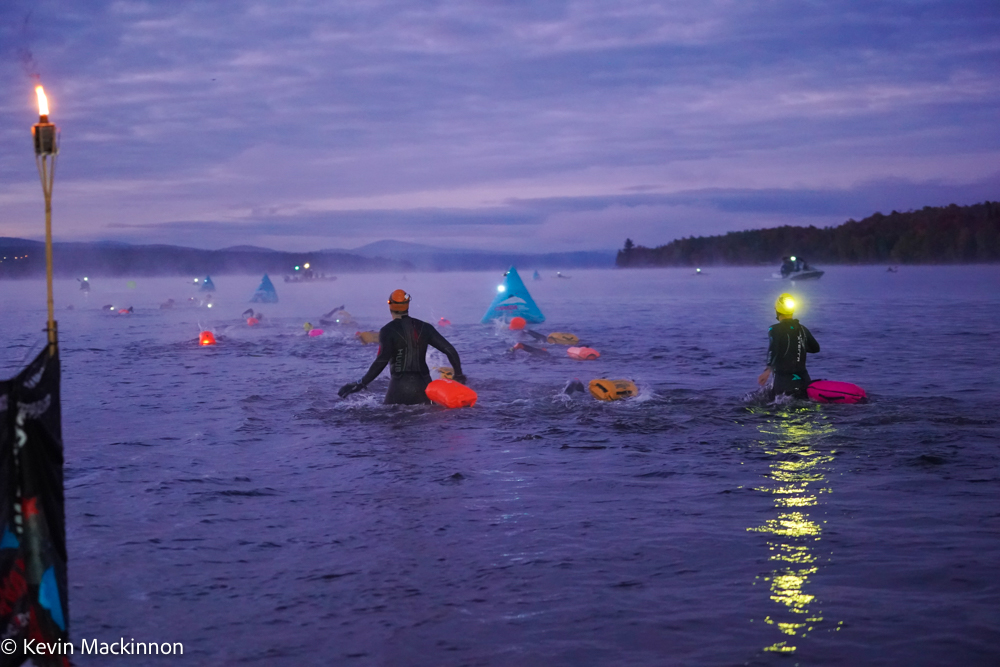 Related: Video – Why the Canada Man/ Woman is the toughest race in Canada

Founded by endurance and nature-lovers Jean-Thomas Boily and Daniel Poirier, who came up with the idea for the Canada Man/Woman event as a way to try and help Lac-Megantic after the horrific train crash and explosion that killed 47 people and devastated the downtown area. In addition to the long-distance race, there’s a sprint-distance race on the Saturday before the race, too, which brings more athletes to the region. And, yes, it’s likely the hardest sprint in the country, too, with lots of climbing for both the bike and run courses. While the race doesn’t feature a large field, the show produced by race organizers appears in over 125 countries around the world. The stunning footage pays tribute to both the impressive athletic achievements and the spectacular scenery of the region.

There’s no returning women’s champions in the field, but 70-year-old Eva Alexy will likely steal much of the spotlight as she looks to round out her long distance career with her fifth appearance at this epic event. (Loreen Pindera profiled Alexy for Triathlon Magazine Canada.)

Triathlon Magazine Canada editor will be in Lac Megantic this weekend to cover this weekend’s event – stay tuned for more coverage.