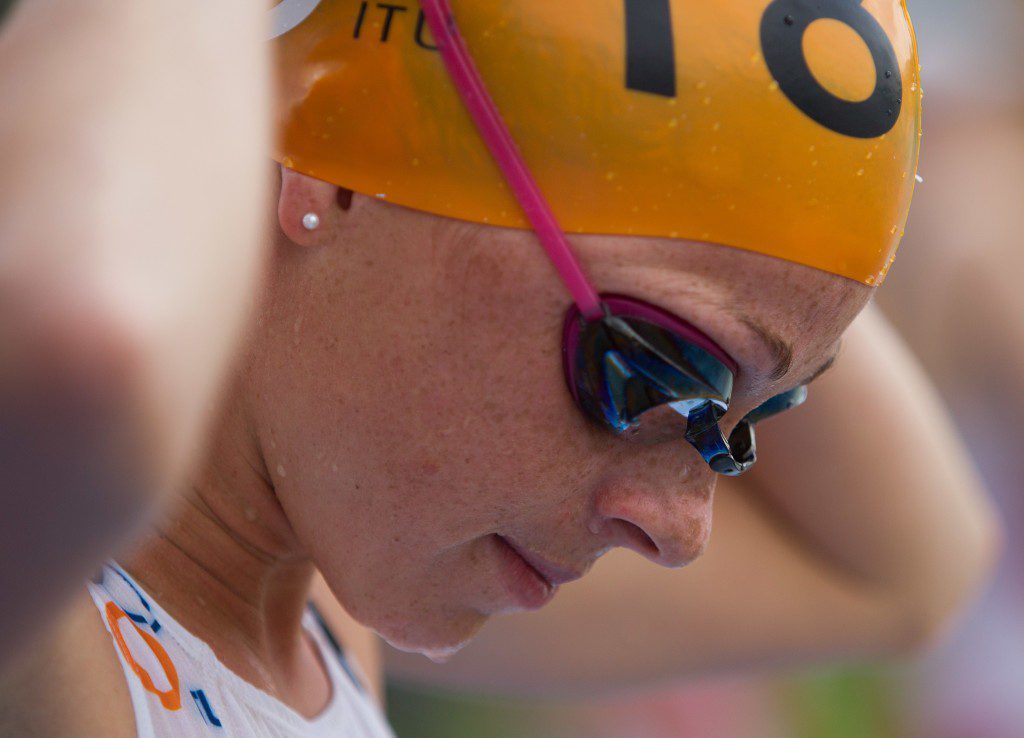 Days after her Olympic debut at Rio this summer, Kirsten Sweetland shared over social media that the source of her year-long health problems was Lyme disease. The 28-year-old, who was once considered Canada’s next great triathlete thanks to resume of strong results including a junior world champion title and silver at the 2014 Commonwealth Games, has been faced with setback after setback with her health. Sweetland overcame the odds to make her first Olympic team this year, but was disappointed with her 41st place finish. We caught up with the B.C.-native to hear about life after Rio and what’s next.

Since being diagnosed with Lyme disease, how has this changed not only your current training but your plans for the next season?

It’s changed everything! Up until the Olympics we were really just putting a band-aid on my symptoms but now I’m fully treating it and the sport has had to take a back seat. After Rio I had a few weeks without medication where I got really ill. Then I had a few weeks with an IV in my arm and then six weeks of intense oral medication. I went on vacation with an entire backpack of prescription medication, so much that I got taken in to secondary inspection at the border! I’ve been responding exceptionally well to the treatments but you never know if you are going to respond well for certain and sometimes you feel worse before you feel better. Also, my immune function is really compromised so training will only slow the recovery process at this point. It’s been great though because I’ve been putting other sports and hobbies on hold for a while now and this has allowed me to participate in those. It’s been amazing to have the time and energy to put into those sports that require a lot less exertion at the level I’m able to do them, (albeit poorly!)

I tend to only show one side of the mixed bag that is my life RN on my Instagram so here we go! The other one! IV antibiotic therapy is in full swing! Living with a catheter in your forearm 24/7 is interesting when you have hobbies like mine! 😴💤 time! #lymedisease #onebloodyexpensivetick #ifieverseethattickagain …🕷👊🏾💥

How does Lyme disease affect your ability to perform as a triathlete?

Lyme disease affects everyone differently. Some people end up in wheelchairs without any motor control, others are just visibly tired. When I stopped antibiotics after Rio I was sleeping more than 18 hours a day with excruciating joint pain, mainly in my spine. I was barely capable of using my brain enough to write a text message! But after my first round of treatment I feel pretty normal! That said, your body has to be in peak health to perform at the highest level in one of the most physically taxing sports there is! I have very low capability of getting oxygen to my muscles right now which is not ideal for performance!  For some unexplained reason, my blood pressure always drops when I’m racing and it takes everything I have to stay conscious. This started happening to me after the first lap of the run in Rio. It also affects my nervous system and my lower limbs go numb and with hard efforts they turn white from restricted blood flow. Overall, my body is just not functioning the way it needs to to perform!

Where are you at right now with your career. Are you planning to continue on the ITU circuit next year?

At this point, though it’s hard, I have to kind of keep future goals aside and not rush the recovery process. My aim now is to get rid of this and then I can start to think about the sport I love again!

Are you looking ahead to the Tokyo 2020 Olympics?

After participating in Rio and watching Japan’s performance at the closing ceremonies I walked away thinking ” I cannot miss Tokyo Olympics!” So that’s for sure going to be driving me over this next period. I feel like before I got sick, a podium in Rio wasn’t out of reach and so to go there and perform the way I did, even though it was the very best I could do under the circumstances, was bittersweet. I felt like that couldn’t be my only Olympic experience.

You’ve said your decision to train at home in a more ‘internal’ setting has been hugely beneficial to your career. How have you structured your training at home in Whistler?

I think after nearly 15 years of group training I had taken away everything I needed from that environment and earned the ability to train on my own. I’m totally an advocate for group environments when an athlete is young especially for the social aspect or for someone who is just taking up the sport. I now have the awareness and drive that I need without the group and training solo has been super beneficial for me. Especially through two years of training ill. It’s easier to make judgement calls when it’s just you and not a team of superstars at the track. If something’s not right, it’s easier to walk off the track not having to watch everyone else hammer out a good workout! I’ve always had the tendency to push too far and through the guidance of my coaches Shaun Stephens and Joel Filliol I learned to read situations and make smart decisions without outside influence. It also allows me to sleep more and fit in appointments and daily life a bit better. I’m the kind of athlete who has to be more than an athlete so this allows me to do that.