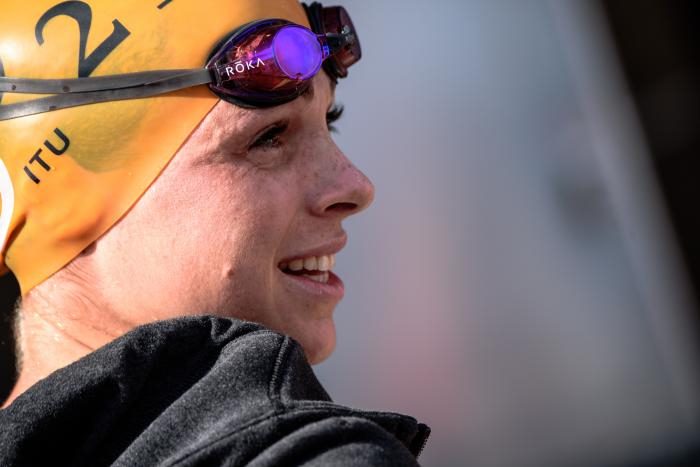 After announcing her retirement from elite triathlon earlier this week, we caught up with national team veteran about her next steps in life, sport and general.

How do you feel reflecting back on your triathlon career and knowing you won’t be racing on the ITU scene again?

It’s crazy how fast 20 years in a sport can go by! The majority of my memories are triathlon related. I’m proud of what I was able to accomplish given the cards I was dealt. It’s hard not to feel like I could have done more had this or that not happened but I have accepted that things happen for a reason and I’m a stronger athlete and person because of it. I’ll miss the hoopla surrounding ITU events and seeing all my friends all over the world!

What are your highlights from your career?

My proudest moments are winning Junior Worlds in 2006, Winning my first world cup (when world cups were the highest standard) in 2007, earning the bronze medal in Hamburg 2014 after so much struggle, Commonwealth Games silver and participating in Rio Olympics.

How to you think high performance, short course triathlon in Canada is developing right now? Will you have a role helping the next generation of athletes?

I’ve offered up my views and feedback on how I see things moving forward successfully and I’ll always be available and willing to help. I think we’ve got a number of brilliant Canadian coaches doing great things and if we trust them and keep things mainly Canadian-based we can grow a whole new crop of champions because we have the talent.

What are your short term and long term plans as an athlete and also in live in general now that you’re retired?

Well, the main reason for retiring from ITU is that it’s just too gruelling for a body that’s been through so much. I’m dealing with Lyme disease and the training it takes to be the best in ITU is too much for a compromised system. I don’t want to go out and race at a level that’s below what I was capable of. Health has to be my priority. For now I’m testing the waters, allowing my body to heal while still training at a reduced amount. I’d love to race off the road in the future and I’m also passionate about coaching online and eventually becoming an RMT when my doctor gives me the green light to go to school.

Have you considered taking at shot at Ironman racing, and do you think you would return to the sport later in life?

Never say never! At this point it’s so hard to say how my body will recover. I’m doing really well though and hope to continue to be a professional athlete for a few more years.