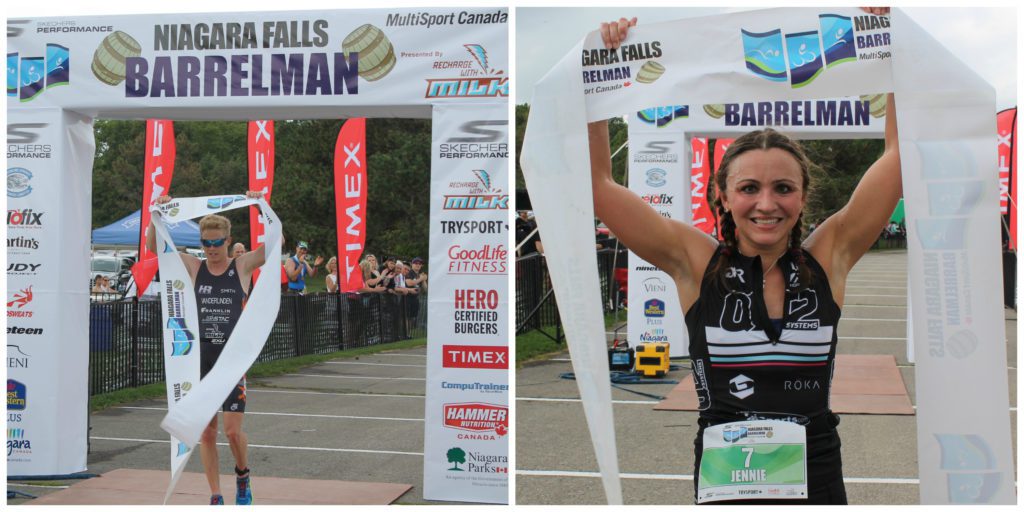 At today’s third Skechers Performance Niagara Falls Barrelman presented by Recharge With Milk, it was third time’s the charm for Kitchener’s Alexander VanderLinden, and Rochester’s Jennie Hansen’s biggest win since her Ironman Lake Placid title in 2013.

On the epic 21.1 km run course that took runners into downtown Niagara Falls and past the Horseshoe Falls twice, Monnink chased hard to keep VanderLinden within sight, but on the second lap, VanderLinden managed to open up a gap on Monnink to post the top run of the day (1:21:33) and finally earn the title that evaded him over the past two years due to DNF’s. Monnink finished in the runner up position for the second consecutive year, and Rochester’s Scott Bradley took third with the fastest ride of the day (2:03:13). 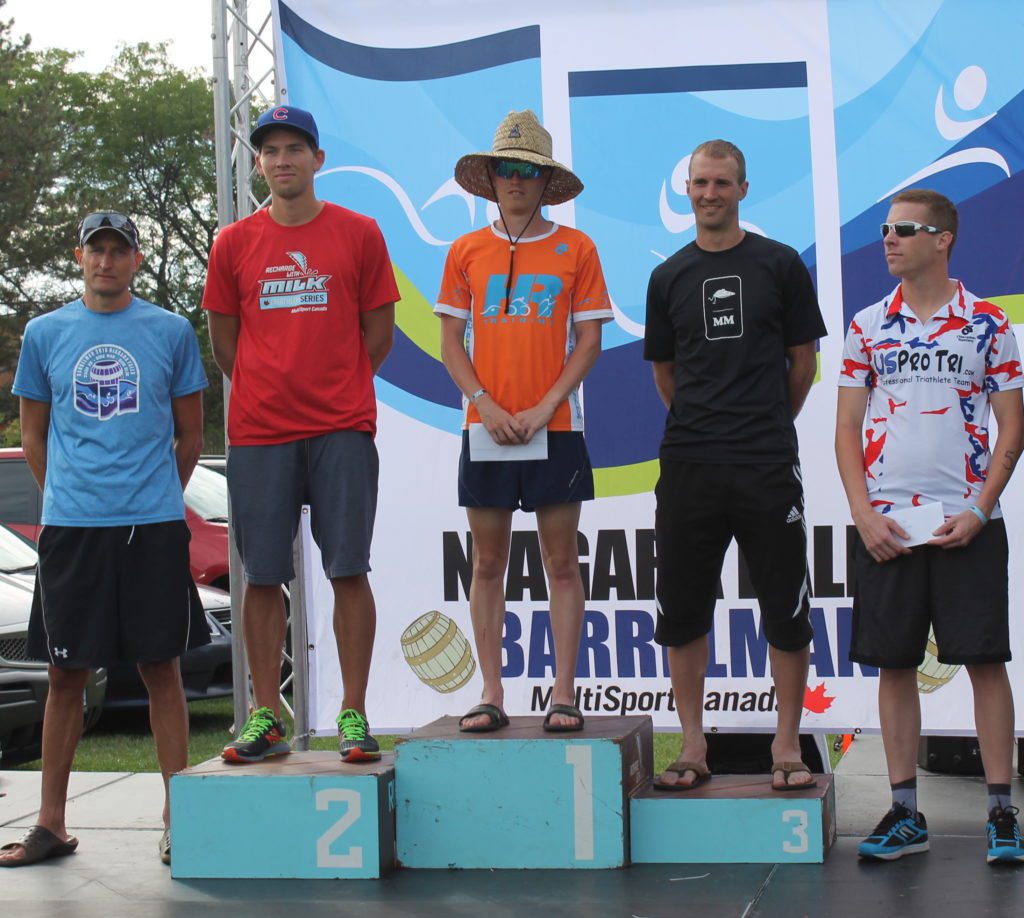 In the women’s race, Toronto’s Miranda Tomenson passed Treleaven for the lead and finished with the top ride of the day (2:20:59), taking a 19 second lead over Angela Quick, 3:26 over Treleaven, and 3:58 over Hansen.

Hansen, a strong runner who is making her way back to form after hip surgery last year, kept on chipping away at Tomenson’s lead with each step and finally overtook her for the race lead during the closing kilometres of the run. Hansen claimed the Barrelman women’s title in 4:25:55, ahead of Tomenson and Treleaven. 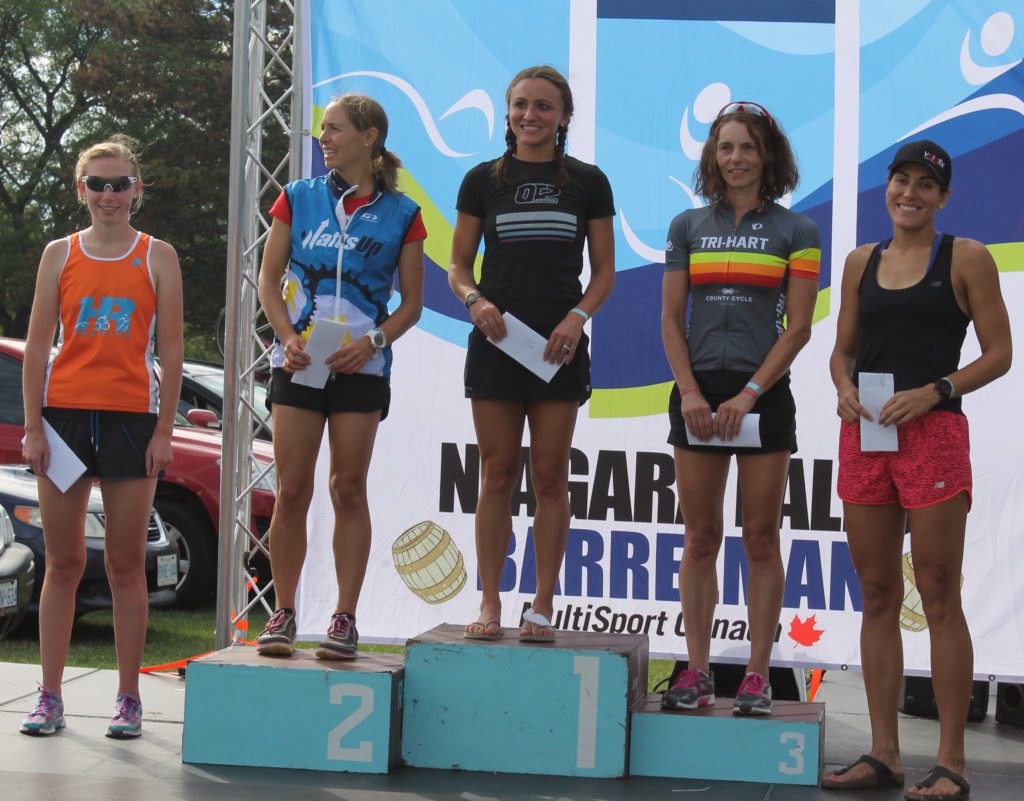