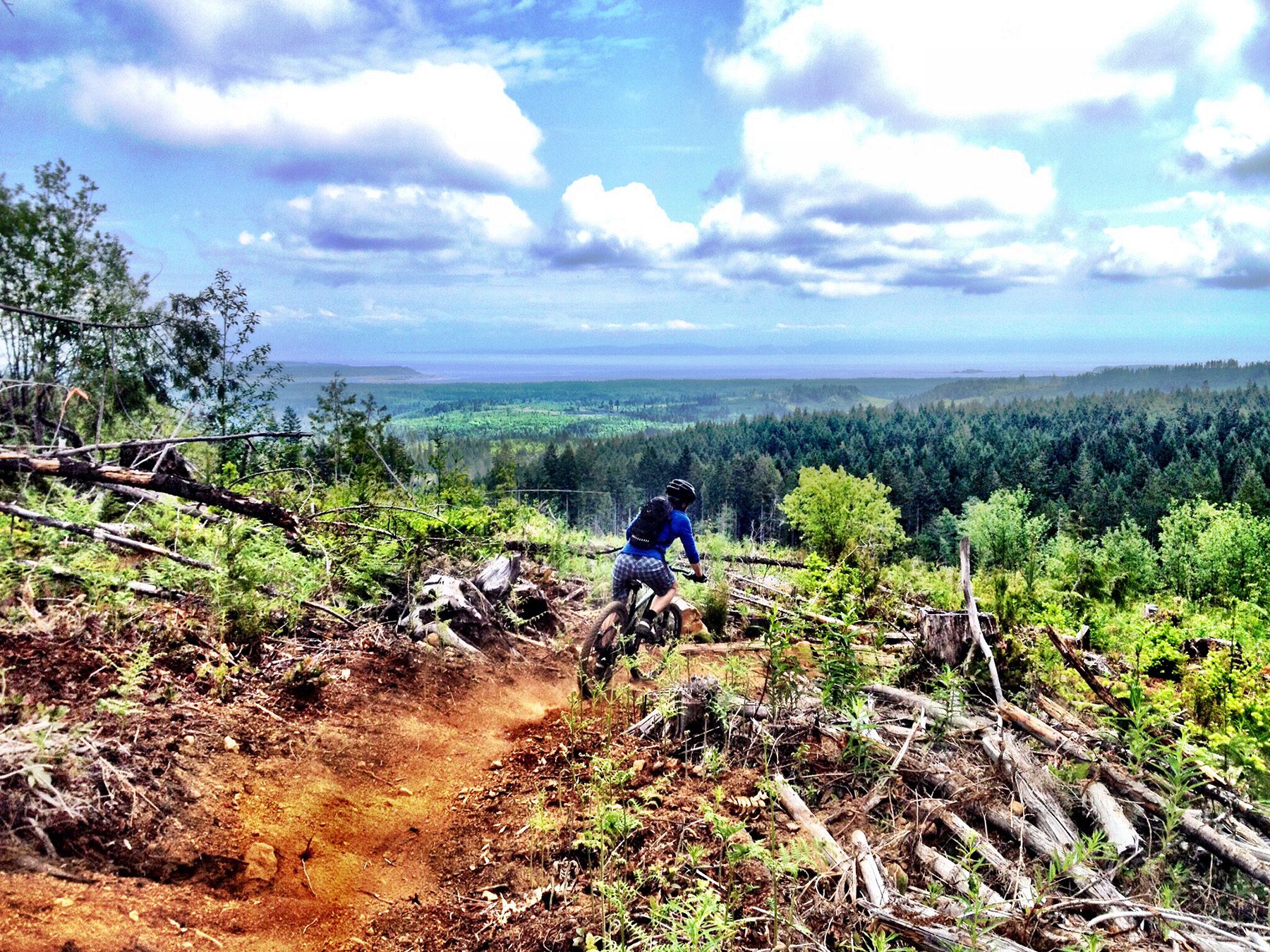 Western Canada is getting a new off-road triathlon, and it’s being billed as the toughest off-road triathlon ever held in the country. The new Pace Multisport Dodge City X will offer standard, sprint and relay options for athletes.

Slated for September 9 in Cumberland, BC, in the rugged heart of Vancouver Island, Pace Multisport Dodge City X represents the latest evolution of cross triathlon, the world’s fastest-growing multisport category. How tough is it? Triathlon BC actually had to adopt new standards and a new classification system for cross triathlon courses to accommodate the race’s rooty climbs, rocky descents and narrow bridges.

To cross the Dodge City X finish line, competitors will first have to swim 1.5 km through the glacier-fed waters of Comox Lake. Then they’ll mountain bike over 23 kilometres of some of Vancouver Island’s most technical singletrack before capping it all off with a glute-busting, 9.5-km trail run that promises to “separate the truly committed from the woefully unprepared.” The entire standard course features approximately 950 m of elevation gain; relay and sprint options are also available.

While those numbers may not sound particularly daunting for cross triathlon veterans or those who regularly compete in longer distance events, locals attest that Cumberland’s rooty, rocky and highly technical trails require a different yardstick.

“Anyone who’s ridden in Cumberland knows that it takes a lot of riding to get 20 kilometres,” says local cross triathlete Derek Vinge, who’s fresh off a top-10 age group finish at the XTERRA World Championships in Maui. “It’s easy to look at the distances and underestimate this race. This is some of the best technical singletrack on the West Coast; there aren’t many easy kilometres in Cumberland.”

To some, it’s known as the Village in the Forest; to others, simply “Cumby.” But to those who crave the mud beneath their shoes, or the intoxicating rush of shredding dirt trails carved out of some of the West Coast’s most inviting wilderness, Cumberland, BC is “Dodge City.”

The unofficial epicentre of Vancouver Island trail sports, the rugged hills and verdant rainforest overlooking the Village of Cumberland feature more than 80 kilometres of world-class singletrack. With the recent signing of a formal land-use agreement that allows for the promotion of this “legendary” trail network, formerly unknown Cumberland is quickly becoming the talk of the trail across the Pacific Northwest.

Cumberland has grown at a rate nearly twice the provincial average since 2011 and is suddenly one of the hippest, most chill trail towns in B.C. It’s an eclectic community of free-spirited individuals, where the ghosts of long-forgotten coal miners share the streets and alleys with a new generation of fiercely independent Islanders and stoke-chasing urban refugees.

“Cumberland is a fantastic place to ride and run,” effuses Linda Nagle, Triathlon BC’s cross triathlon specialist. “It has a fantastic atmosphere and amazing trails, and I highly recommend that people come and check it out. If this is going to be your first off-road race, you’re in for a great experience!”

Interesting note about the local area:

The Comox Valley, of which Cumberland is a part, produces a disproportionate number of world-class cross triathletes.

Although the Comox Valley has never hosted its own cross triathlon event, the community is home to no fewer than five athletes who have represented Canada at world championship age group cross triathlon events, including Cumberland’s own 2016 national champion Clay Ward. At those 2016 National Cross Triathlon Championships, in fact, the Comox Valley “owned the podium,” finishing first, second and third in the M30-34 category, first in the F30-34 category and second in the M40-44 division.

Getting to the Comox Valley:

By Air: The Comox Valley is served by the Comox Airport (YQQ), which is served by daily direct flights from Vancouver, Calgary and Edmonton. Both WestJet and Air Canada fly to YQQ.

By Sea: From Vancouver or elsewhere on the Mainland, take BC Ferries to Nanaimo from either Horseshoe Bay (north of Vancouver) or Tsawwassen (south of Vancouver). From Nanaimo, Cumberland is approximately one hour’s drive north up Highway 19 (the Inland Island Highway).