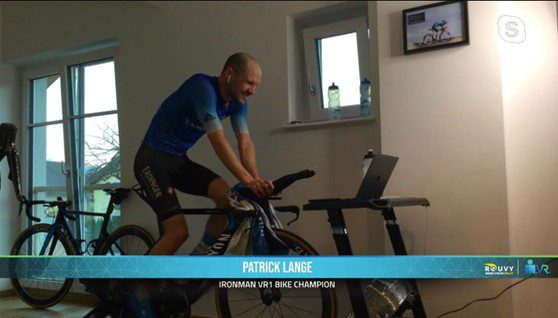 This weekend saw the introduction of Ironman’s new virtual race series, with athletes from around the world competing in a virtual race consisting of a 5 km run, a 90 km bike and a 21.1 km run. The weekend also featured the first Ironman VR Pro Challenge, with four women competing on Saturday and four men on Sunday.

As with the women’s race on Saturday, four men competed over the Ironman 70.3 Boulder course using the Rouvy virtual platform. Like the age group competitors, they were expected to complete the run portions of the race at some point during the weekend. Competing were Germany’s two-time Kona champ Patrick Lange, Australia’s Joe Gambles, American Justin Metzler and South Africa’s Bradley Weiss.

Lange easily took the day’s racing, finishing the course in 2:21:06, over four minutes ahead of Metzler.

You can watch Ironman’s Facebook coverage of the race  HERE.