It’s cold, and we’ve only just begun February. On the plus side, the groundhog in Punxsutawney, Pennsylvania didn’t see his shadow on Feb. 2nd, 2019, so we can expect a shorter winter this year. But are you really going to leave your training schedule up to chance, let alone a groundhog? Besides he’s usually wrong. Has the panic settled in yet? Well, have no fear, here’s a short list of triathlon training camp hotspots. 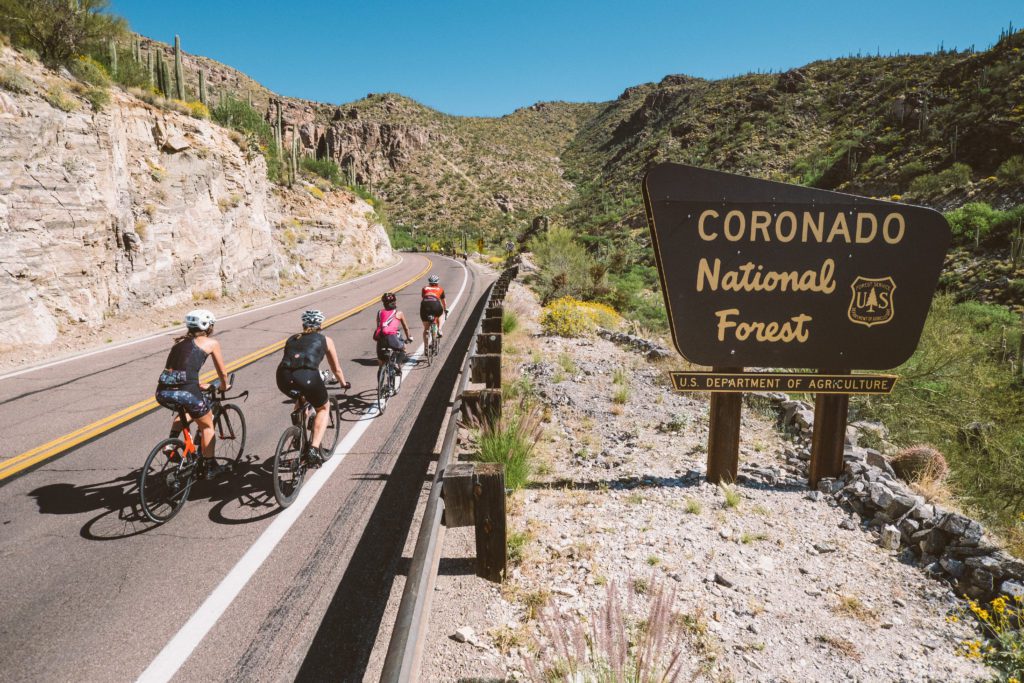 Want to go south? Very far south? Then book a trip to Bermuda. Swim in the ocean, bike along the small coastal roads or run along the hundreds of beaches. The B78 (head coach Jasper Blake) and Human Powered Racing (Mike Neill) clubs go down to Bermuda at the end of February/early March if you’re looking for company.

Minutes away from Orlando, Clermont offers some fantastic training, thanks to both the terrain and the popular National Training Center. Most recently, Lionel Sanders spent a block of his early season training in Clermont. With hundreds of kilometres of bike trails to go along with the quiet and surprisingly hilly Lake County roads, it’s a great spot to dial in some winter training and escape the cold. Lake Louisa State Park, a regular venue for ITU Pan American Cup triathlon events, offers excellent training in all three sports, while the infamous Orange Groves provide some challenging, but beautiful, run terrain.

A short but sweet mash-up of some of our time in Clermont is now up on YouTube for your viewing pleasure. Link in bio. PS: not overly informative 😂 #nolimits

As of right now, the Triathlon Canada training group is honing their fitness for another triathlon season in Scottsdale, Arizona. The greater Phoenix area has a wealth of outdoor 50m pools, tonnes of triathlon clubs, a variety of trails, tracks and cycling terrain.

Related: Break out of winter with a 5K road race

A two-hour drive from Phoenix, Tucson is famous for its climbing on Mount Lemmon. Tucson has become a hotspot for triathletes trying to escape the Canadian winter. With loads of outdoor pools, tracks and quiet roads, it’s no wonder why a boatload of endurance athletes flock to Tucson in March/April.

This one may be a stretch, but if you’re planning a European adventure and are an endurance nut, then Girona is your spot. Widely known for its cycling community, both professional and amateur, Girona is also becoming a place for European triathletes.

Have you ever heard of Cam Wurf? The Kona bike course record holder. Or Geraint Thomas? The 2018 Tour de France champion. The two spent December and January training in the Los Angeles area. With a variety of roads, tonnes of pools and tracks, LA offers a lot, including numerous triathlon and cycling clubs to tag along with.

Related: Is this Cam Wurf’s year in Kona?

Not the warmest destination on the list, but certainly not a place to overlook, South Carolina offers a quiet getaway. With pristine roads, both flat and mountainous, South Carolina is a place to get in lots of volume on the bike. With climbs like Caesar’s Head, a 30-50 minute climb, you may be able to sacrifice a few pool sessions for some fantastic riding.

Want to train with the pros? Head to Lanzarote, and you may run into a triathlete or two. You’ll definitely run into a triathlete. With Club La Santa, promoted as the World’s #1  Active Holiday Resort, you’ll have multiple 50m pools, a track, soft trails and endless roads all within steps of your bed.

Known for its golf, Palm Springs is also getting a name for its triathlon scene. Lionel Sanders came here after a disappointing 2018 Ironman World Championship to recover and return to his winning ways at Ironman 70.3 La Quinta Indian Wells. With the Tramway Road climb, you can see how you stack up to Sanders (former KOM record holder).