With four of the five cycling monuments complete for this season, what are the triathlon monuments?

Here are our five triathlon monuments.

Founded by Naval officer Jim Collins in 1978. The little “Hawaiian Iron Man Triathlon” he started with his buddies, grew into the Ironman World Championships. 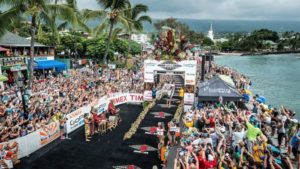 Who can forget about the WTS race in Hamburg, Germany? Known for its electric crowd, race course and mixed relay format, Hamburg WTS makes our cut as a triathlon ‘monument’.

Held in St. Petersburg, FL, St. Anthony’s always attracts a competitive field of triathletes from both the ITU circuit and non draft circuit.

A post shared by Escape From Alcatraz Triathlon (@escapealcatraztri) on Jun 4, 2017 at 2:43pm PDT

What other race deserves consideration?

What should the criteria be for naming a triathlon monument?

In cycling its the history behind the race, the number of kilometres, or the legendary stories of past racers. But what would make a triathlon monument?