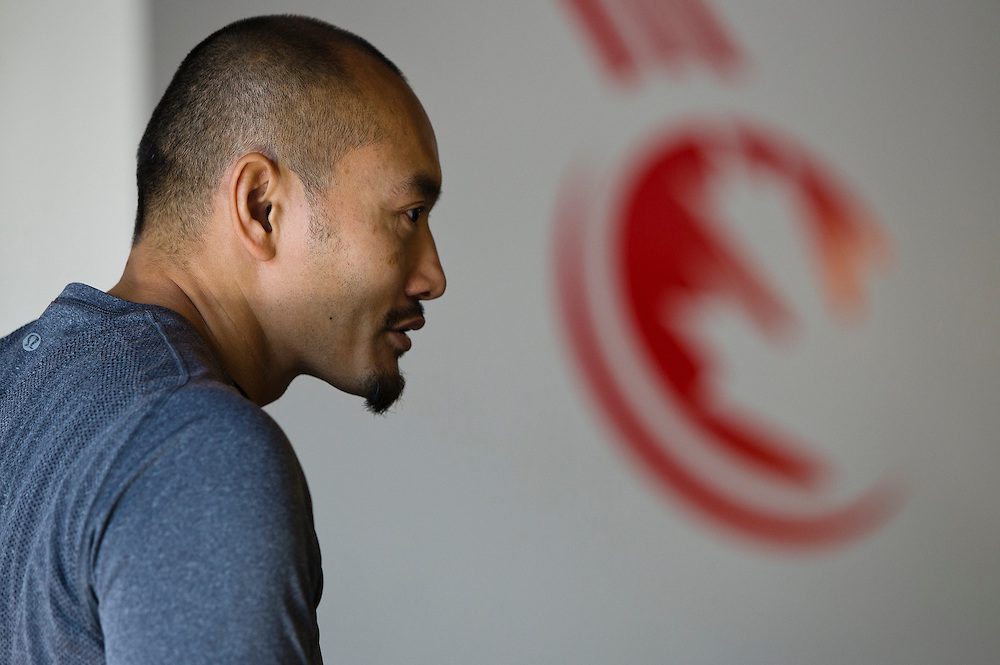 On the heels of the 2016 Olympic and Paralympic Summer Games, Triathlon Canada has turned to Eugene Liang to rebuild and guide its high-performance program.

A quiet, yet confident, leader who is passionate and driven, the new high-performance director’s goals are completely clear – to get Canadian triathletes back on the Olympic podium by 2024, and leverage Stefan Daniel’s silver-medal winning performance along with Tyler Mislawchuk’s top-15 Olympic result in Rio to grow the national program, and ultimately, create more medal winners for Canada.

“Triathlon is still very much a marquee sport in Canada, and I believe the possibilities for its growth in all disciplines are endless,” said Liang. “It is a sport that is tangible for all Canadians and I think with a strong high-performance plan in place, our entire support team can rebuild this program to have success from the grassroots level to our Olympic and Paralympic best.”

“Eugene is a highly-motivated professional who knows what it takes to win,” said Tim Wilson, chief executive officer, Triathlon Canada. “He has been through the peaks and valleys of a respected program while working closely with a number of accomplished high-performance directors in our country who have achieved excellence at major international competitions. As a result, he understands the patience and time investment required to build a medal-winning program. I am confident he can transfer this knowledge to ensure triathlon in Canada continues its success well into the future.”

In an effort to regain the Canadian identity of triathlon back in our country, Liang is determined to develop a coach-driven, athlete-focused program based in Canada that is accountable, reliable and dependable while re-establishing the nation as a world-leader in the sport by 2024 and beyond.

“Working with our sport and funding partners, we need to rebuild the culture and regain our international reputation as leaders, with Canadian-based coaches, that has made this program so successful in the past,” said Liang, whose first order of business will be to assess the lay of the land and develop a 2024 and 2028 plan with a focus on investing in young athletes. “There is no doubt we have challenging days ahead of us, but I’m here for the long haul. Together with my coaches and staff, we will be relentless in our collaborative pursuit of developing this program from the ground up, and making Canadian triathlon a winner.”

Liang currently lives in Victoria where he will officially assume his new responsibilities in Triathlon Canada’s head office, October 11, 2016.