Partnership with FulGaz provides Canadian triathletes a “chance to head to the start line while distancing themselves from the competition.” 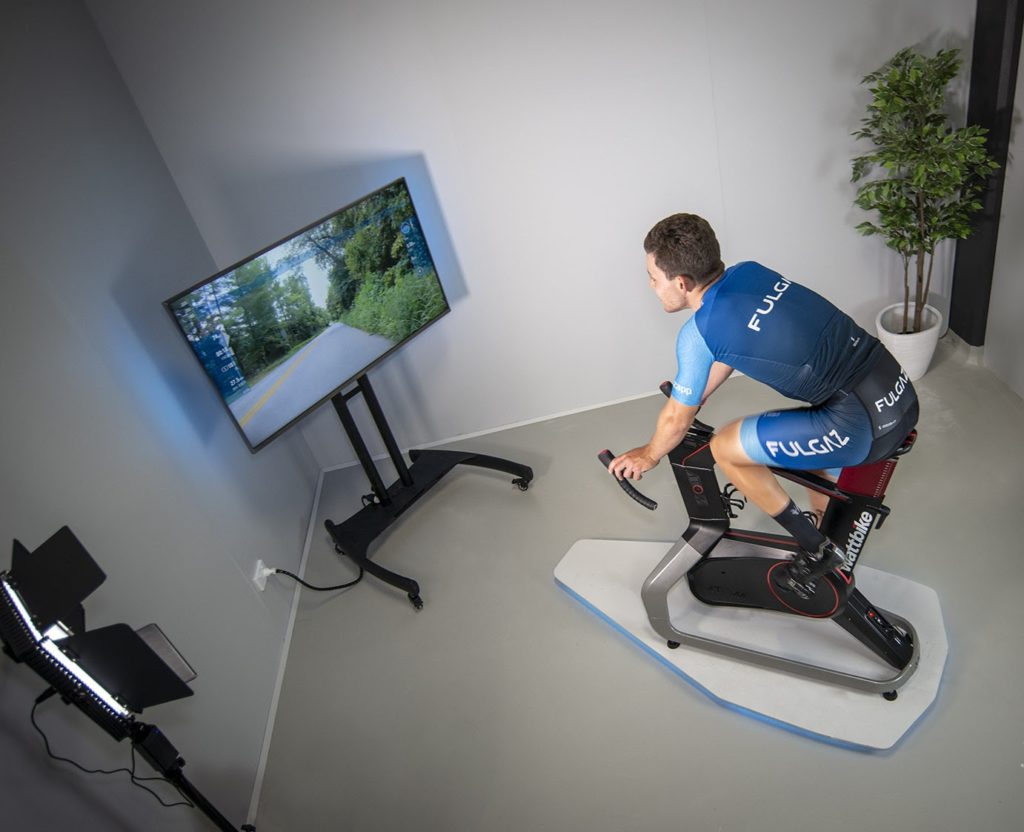 For those not familiar with the FulGaz platform, it is an indoor training app that “provides cycling enthusiasts the opportunity to ride some of the most iconic roads in the world from the comfort of your home in stunning high-quality video imaging. It works with just about any indoor smart trainer, and adjusts video speed and resistance to match your effort.”

The app will work without a smart trainer through a simple speed sensor on your bike.

The program will begin with two cycling race series. First off will be the Triathlon Canada World Series which will run from April 28 to May 10. This series includes “the Beach Road Complete in Australia; Lake Como to Bellagio in Italy; Alpe d’Huez in France; and Going to the Sun Road West in the United States before crowning the series winner at the top of Canada’s Axel Merckx Climb in British Columbia’s Okanagan region.” The first four stages are open for three days, with the fifth open for 24 hours.

Next up will be the National Tour Series “that takes participants on a five-stage race trek across the country from May 15-29. Virtual races will be held in Shelburne, N.S.; Mt. Tremblant to Lac Superior, Que.; 1000 Island Parkway in Ontario; a visit to Banff, Alta.; and finish up in Vancouver’s world-renowned Stanley Park on May 29.”

There will be a live leader board to track results and awards will be given out based on gender and age group.

Participants will have to be members of Triathlon Canada to take part in the series, but the national body is waiving those fees for 2020. (For those who have joined provincial bodies, the $15 contribution that goes to Triathlon Canada will be rolled over to next season.)

You also need a FulGaz subscription. Triathlon Canada members receive a free four-week trial, and the company is offering a 20 per cent discount on subscriptions for a limited time. The normal rates for FulGaz are $12.08/ month ($144.99) for an annual plan, $16.99/ month ($203.88) for a monthly plan.

You can get more information about the program at https://www.triathloncanada.com/fulgaz/