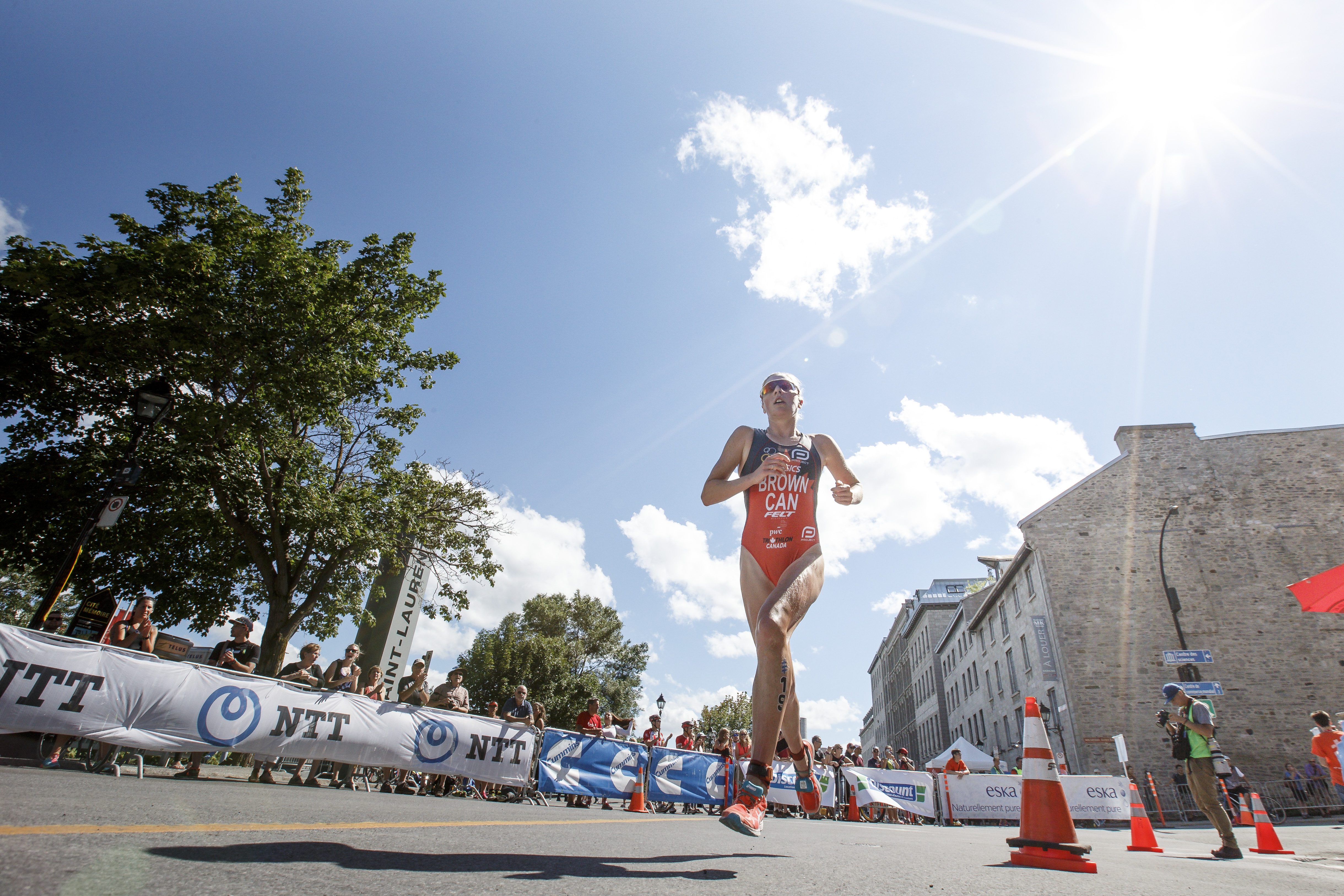 She’d always been good. A stand-out runner in high school, Brown was easily among the best junior triathletes in the country, too. She arrived at Guelph University and promptly became an All-Canadian cross-country runner while training with Craig Taylor’s high-performance program.

The triathlon results came, too. She took bronze at the ITU World Junior Championship in 2010 and followed that up with a bronze at the U23 world champs in 2012. By 2014 she was competing regularly at world cup and world triathlon series races around the world. Things seemed to stall for the woman from Carp, Ont., over the next few years, though – she didn’t seem to be achieving the levels so many had predicted for her.

That all changed dramatically in 2017. Brown moved to Victoria and began to train with national team coach Jono Hall. “I love the group in Guelph and Craig was an amazing coach – I feel like I grew up with that group,” she says. “I think, for me, its been a really refreshing change of scenery – a new coach, new training partners and all the resources that we have in Victoria have helped me to get to that next level. I am so excited about this year and the next three years leading up to Tokyo.”

It didn’t take long for the breakthrough performances to come. There was a second-place finish at the New Plymouth ITU Triathlon World Cup. A third in Cagliari, another world cup. Brown took the national championship in Ottawa, and then she hit a number of WTS races – the top-rung of ITU racing.

A disappointing 35th place finish in Hamburg after getting caught behind a crash on the bike was made a bit easier to deal with when Brown dominated her leg of the Mixed Relay World Championship the following day, putting Canada in a position to win. (Alexis LePage would crash during the final leg and the team would finish fifth.)

“I live for relays,” Brown says of the experience. “The team that I got to race with is great. We’re really young, so I think we’re going to keep improving year after year up to Tokyo. I did Major League Triathlon last year in the U.S., and all it was is super sprint triathlons, so you get used to finding out how much you can hurt for 20 minutes.”

Brown then raced to an impressive seventh at WTS Edmonton. Then there was an even more impressive fourth in Montreal. She continued her awesome string of racing with yet another fourth at WTS Stockholm. Brown truly proved that she has become among the best in the world in the draft-legal format with her fifth-place finish at the WTS Grand Final in Rotterdam.

That race in Rotterdam, in many ways, signalled the kind of confidence Brown suddenly has when it comes to racing with the world’s best. After coming out of the water in 11th position, she pushed hard and was part of the first chase group on the bike, setting herself up for the top-five finish.

“It feels a bit surreal, but I guess this happened today,” laughs Brown. “It was a good day. I had what I feel is one of my best races ever on the World Triathlon Series. It just feels so good to have a result like this in my first elite Grand Final.”

Brown rounded out the season with yet another world cup silver medal, this one in Huelva, Spain, and a ninth place finish at the Miyazaki World Cup in Japan.

Put it all together and it’s quite a season, the likes of which we haven’t seen for a few years when it comes to Canadians competing on the ITU stage. 2017 will go down as the year that Joanna Brown truly stepped into the big leagues, which is exactly where we figured she would be.