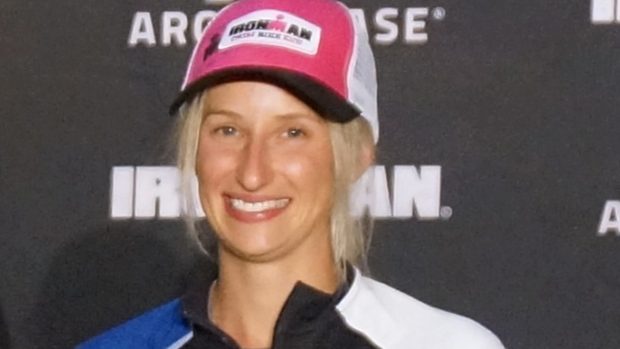 It was a quiet weekend on the triathlon race circuit, but a notable Canadian age-grouper won the Manitoba Half Marathon on Sunday.

Winnipeg’s Nicole Walker recently took the overall age-group title at Ironman North American Championships in the Woodlands, Texas. On Sunday, she ran a personal best to win the half marathon at the Manitoba Marathon, the last of the large Canadian spring road races for the year.

The 27-year-old comes from a large running family but prefers to train as a high-level, age-group long course triathlete. She crossed the finish line of the half-marathon in 1:23:48, averaging 3:58/km and finishing eighth overall among men and women. Walker recently raced Ironman 70.3 Florida this year, where her half-marathon run split was 1:32:22.

“This is my new personal best for a half marathon,” she told reporters. “I didn’t know what I could really do because I’m normally running much longer. Every year, I come out and watch my in-laws and my husband and his brother, and every time I’m here I wish I was running. So this year I didn’t care that I just raced (at the Ironman North American championships in May). I was going to do it any way.”

At May’s North American Championhips at Ironman Texas, Walker’s time of 8:07:39 on this year’s slightly shortened course not only earned her the age group title but a slot to Kona this year as well. She also beat 21 of the 29 pro women’s times at the race.

“I knew I was in good shape for this one, so I was really excited to be able to qualify to go to worlds,” Walker told reporters. “Who knows? Maybe after this I’ll dip my feet into the pro field. We’ll see.”