Joanna Brown was the only one of the four elite athletes competing in this weekend’s ITU WTS Grand Final Lausanne to make it to the finish line, but even she had more than a few challenges along the way.

Brown would eventually finish 34th after injuring her toe coming out of the water. She would eventually ride with the second chase group over the challenging Olympic-distance course in Lausanne and made it through the run despite the foot issues and another cut she sustained out on the bike course. We caught up with Brown after her race:

The Canadian men had an equally tough day. Alexis Lepage ended up in the hospital with a suspected broken toe after hitting his foot coming out of the water, Matthew Sharpe had to pull out with a mechanical issue on the bike and Tyler Mislawchuk eventually pulled out during the run with stomach issues.

Here’s a photo gallery from the elite races:

The men’s race was won by Norway’s Kristian Blummenfelt, who came back from a crash at the Tokyo Test Event a few weeks ago with an aggressive race that saw him pressing the way at the front of the lead pack on the bike and then push clear early in the run to take the Grand Final. 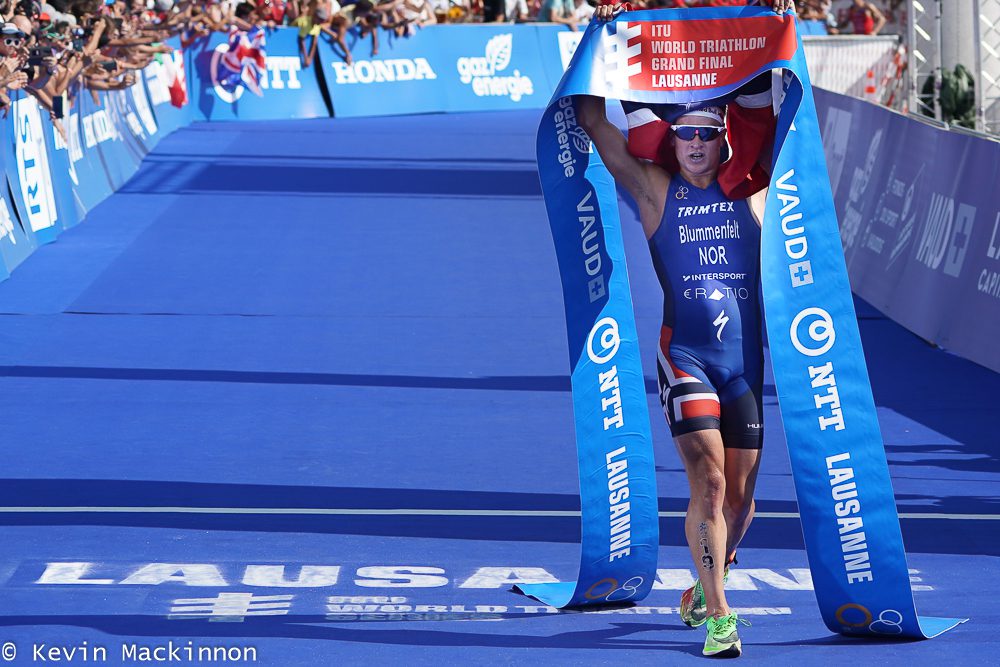 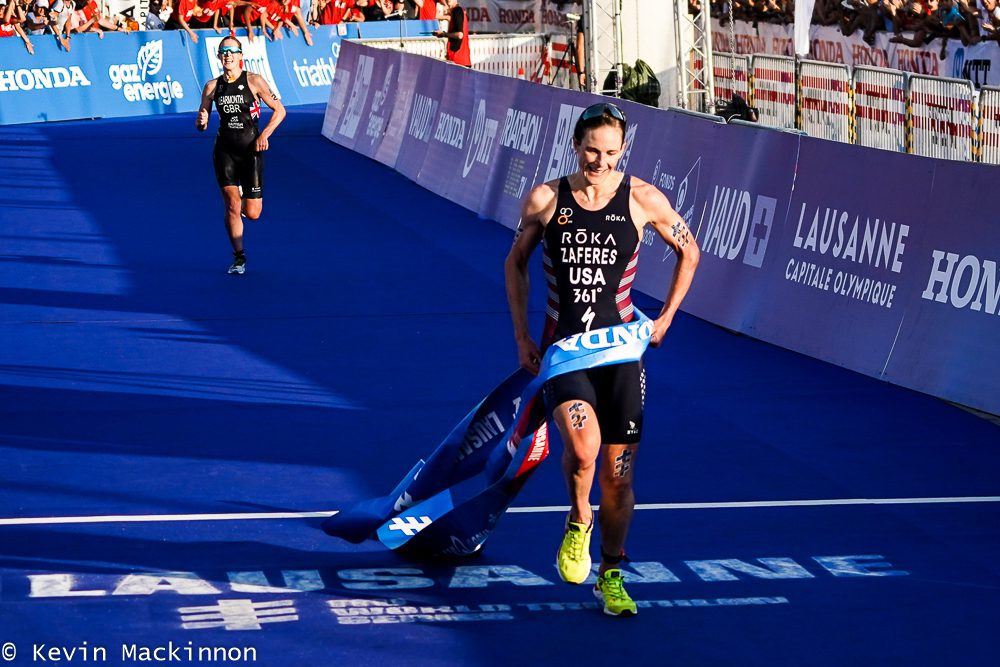 The women’s race was won in an exciting sprint by WTS series leader Katie Zaferes, who, like Blummenfelt, crashed in Tokyo. The top three at the Grand Final ended up as the top three in the WTS World Series standings – Zaferes managed to outsprint Great Britain’s Jessica Learmonth for the win in Lausanne, with Learmonth’s countrywoman Georgia Taylor-Brown rounding out both podiums.