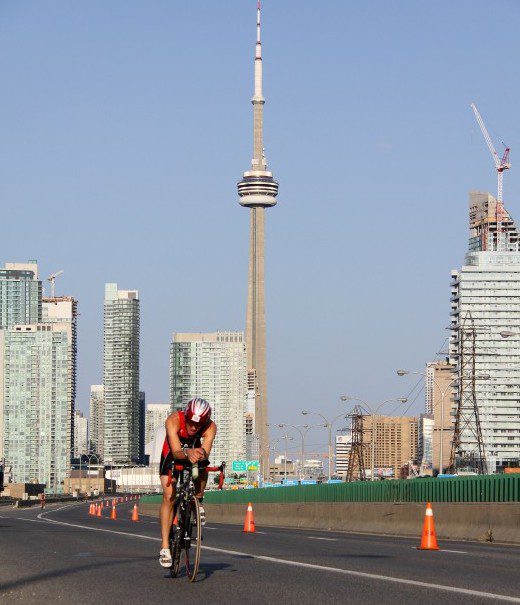 If you’re ever wanted to try draft-legal racing, there’s a new opportunity for triathletes at Toronto Triathlon Festival in 2017. For the first time ever, the event will offer a draft-legal sprint race in addition to the regular sprint and Olympic distances offered for age-groupers. There will also be a relay option for teams of same-sex members in the new draft-legal sprint.

This is currently the second opportunity of its kind in Canada for 2017, with Ottawa Triathlon offering a draft-legal sprint as the national championships race. There are specific equipment rules — including no aero bars and no disc wheels — that must be closely adhered to to race in a draft-legal, all of which can be found at the bottom of the page here.

According to Toronto Triathlon Festival’s website, “Team draft legal racing is popular in Europe and the TTF wants to bring it to Ontario as we are always looking for ways to enhance the athlete experience. It creates a race within a race (e.g., team members can work together, someone can play a ‘domestique’ role, teams can strategize in order to play to each other’s strengths). This team racing concept is set to make its debut at Triathlon Ontario’s Draft Legal Provincial Championships in August.”

Details on the relay option are not yet available on the website, but the current info states that, “A team will be made up of four people (of the same gender). Team members need not be part of a club to participate. The top three of four times (from each team) will be added together and this aggregated number will be the total team time (to determine winners).”