It looks like he might have a new frame on tap for Challenge Daytona next month, but since we only have photos of Taylor Reid racing on this year’s Squad Hornett, we’ll focus on this frame for our Time Trial Tuesday.

Reid, who lives and trains in Guelph, Ont., has won three 70.3 titles since he turned to long-distance racing in 2014, a year after winning the U23 national championship over the Olympic distance. In September he won the half-distance Barrelman Triathlon in Niagara Falls, then turned his sights to his first full-distance race in Florida. After staying in the hunt through the first two legs of the race, Reid struggled on the run and would eventually finish 21st. He’ll finish off his season with Challenge Daytona in December.

We managed to sneak a closer look at Reid’s Squad Hornett in T1 at the Barrelman race. The red and black paint job is both unique and a perfect way to ensure everyone knows what country Reid represents. 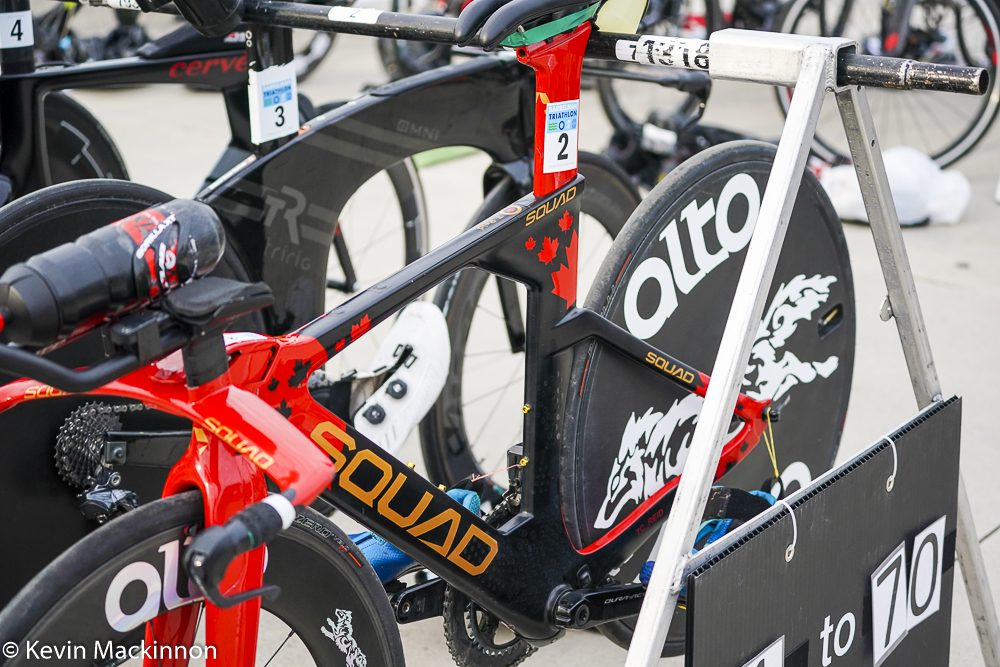 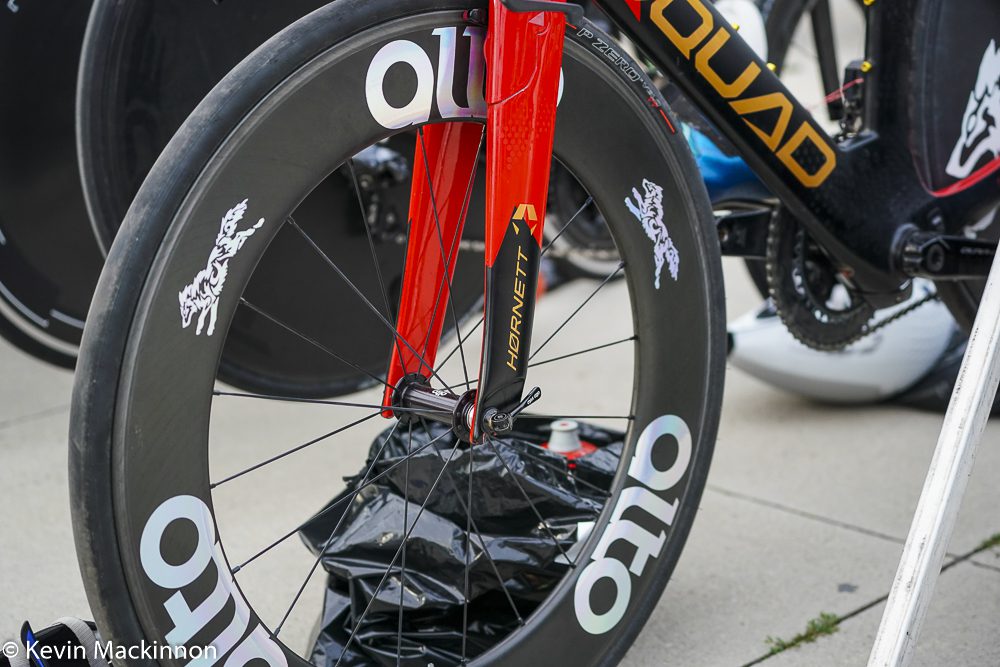 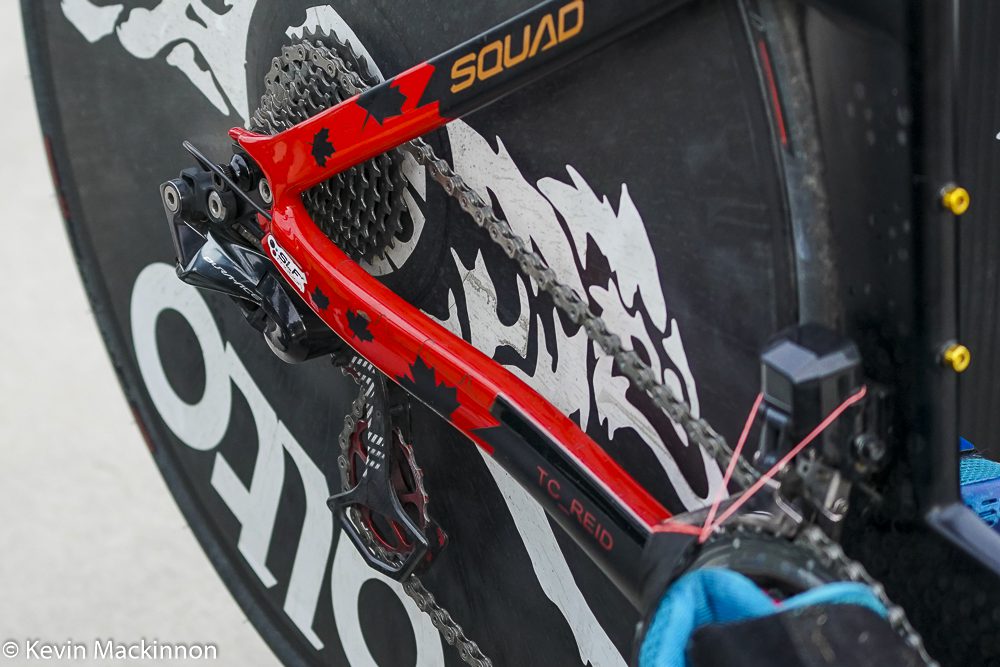 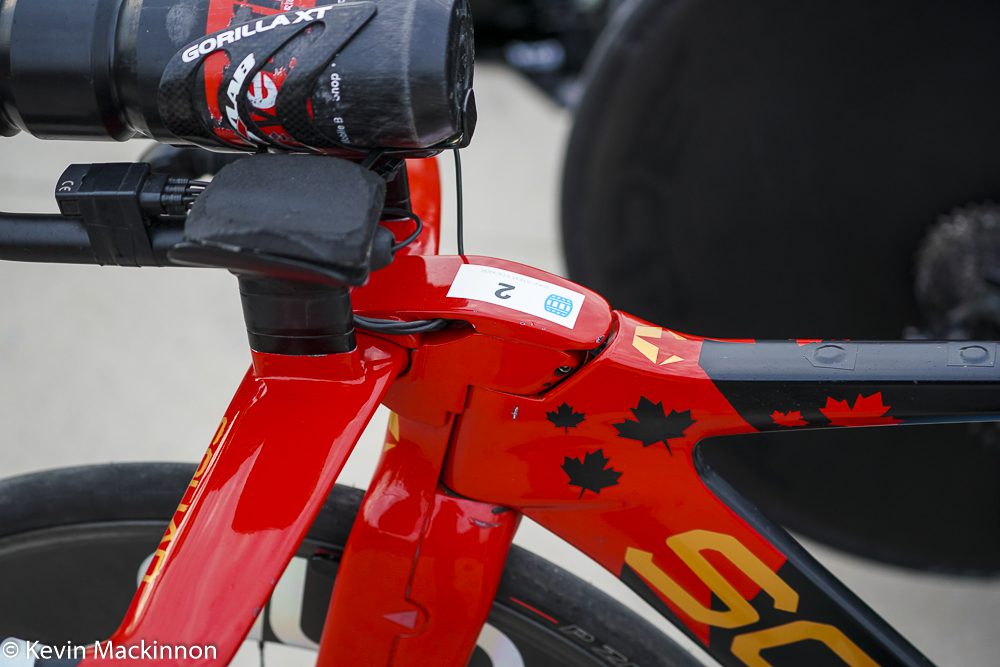 The junction box for the Di2 shifting is hidden under the X-Lab Gorilla XT front mounted water bottle cage, with cables running inside the frame. 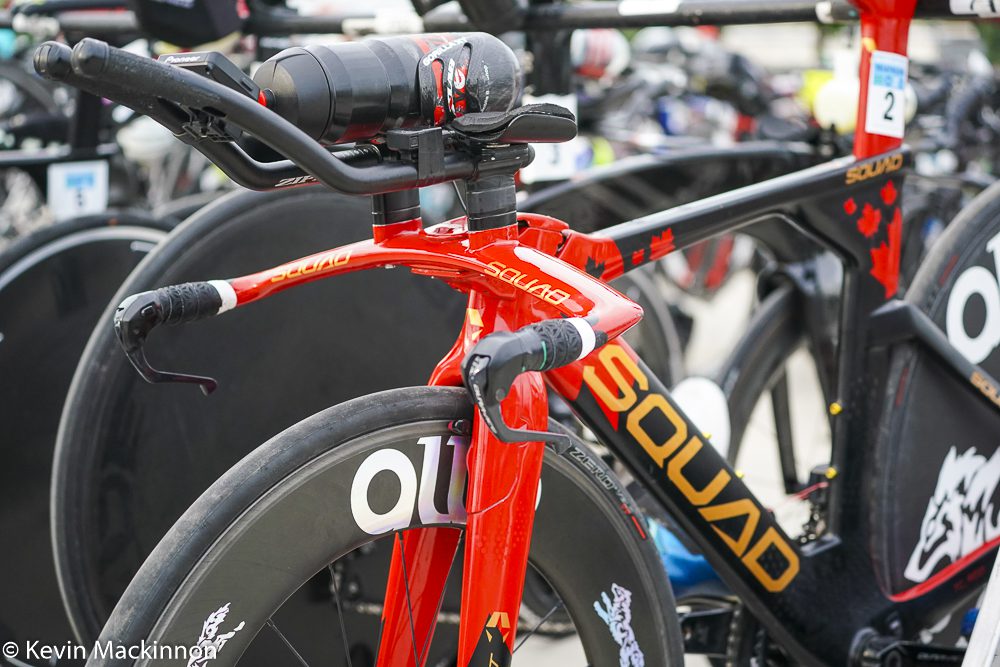 Reid has certainly managed to get the most out of the aero and performance features of his Squad Hornett – he rode and impressive 2:01 split for the 91 km bike ride at the Barrelman. We’ll look forward to checking out his new ride as he takes on the Daytona Speedway next month.