Just the thought of a stress fracture sends endurance athletes into a panic. They are challenging to diagnose and require lots of recovery time. It’s why so many athletes sink into a state of denial when the discomfort creeps in and avoid going to the doctor until the pain becomes unbearable.

The most common stress fractures occur in the lower limbs – in the foot (metatarsals) and lower leg (tibia). However, as we’ve seen in the past year, these low energy fractures can strike higher up – in the femur, hips and sacrum. Last year, Paula Findlay had to take time off from running in the middle of the season with a femoral stress fracture near the hip. Jan Frodeno and Ben Hoffman were forced to withdraw from the 2018 Ironman World championship with sacral stress fractures. Findlay was able to return to racing later in the year, but both Frodeno and Hoffman were sidelined for nearly six months before racing again (Hoffman won 2019 Ironman South Africa).

Related: The two most common ways a sacral fracture occurs

Discomfort or pain in the legs is not something to be taken lightly. Dr. Paddy McCluskey, the Chief Medical Officer at the Canadian Institute of Sport in Victoria, BC shares a few of the most common warning signs of a stress fracture:

What increases your risk?

In general, nutrition can play a significant role in the onset of a stress fracture. “Prolonged low energy avaliability (caloric intake), slows down bone metabolism and weakens bone health,” says McCluskey. “Someone who is in this state for too long greatly increases the risk of stress fractures in the hips down (due to the impact of training).” 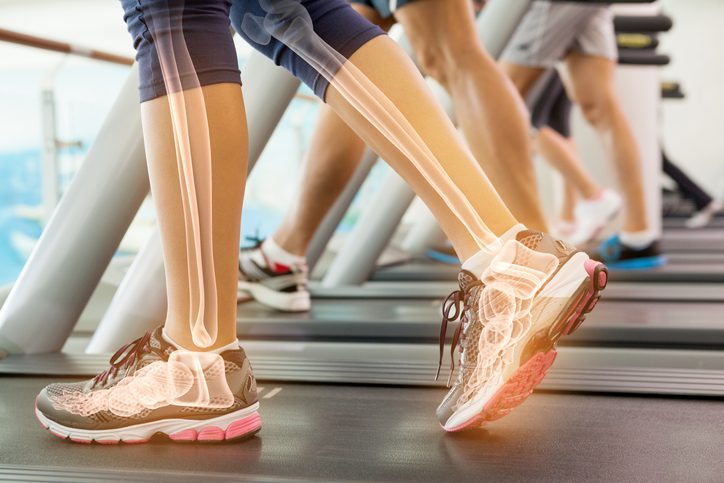 It is important to realize that there is usually no one single cause for a stress fracture, as some individuals are at predisposed risk. “Low bone density is one of the most common clinical warning signs of a stress fracture risk,” says McCluskey. “Along with low values of calcium and vitamin D – the building blocks of our bones – these nutritional deficiencies are common in endurance athletes.”

Related: Vitamin D: Are you getting enough?

How to reduce your risk?

Reducing your risk is nearly impossible for endurance athletes as it comes with the territory, as does the risk of concussions in hockey. However, you can significantly reduce the likelihood of a stress fracture by doing the following: