While many of us in Canada often complain about the difficult training conditions we experience over the winter months, it pales in comparison to what Australian Kelsey Roberts deals with while off working on location as a miner. 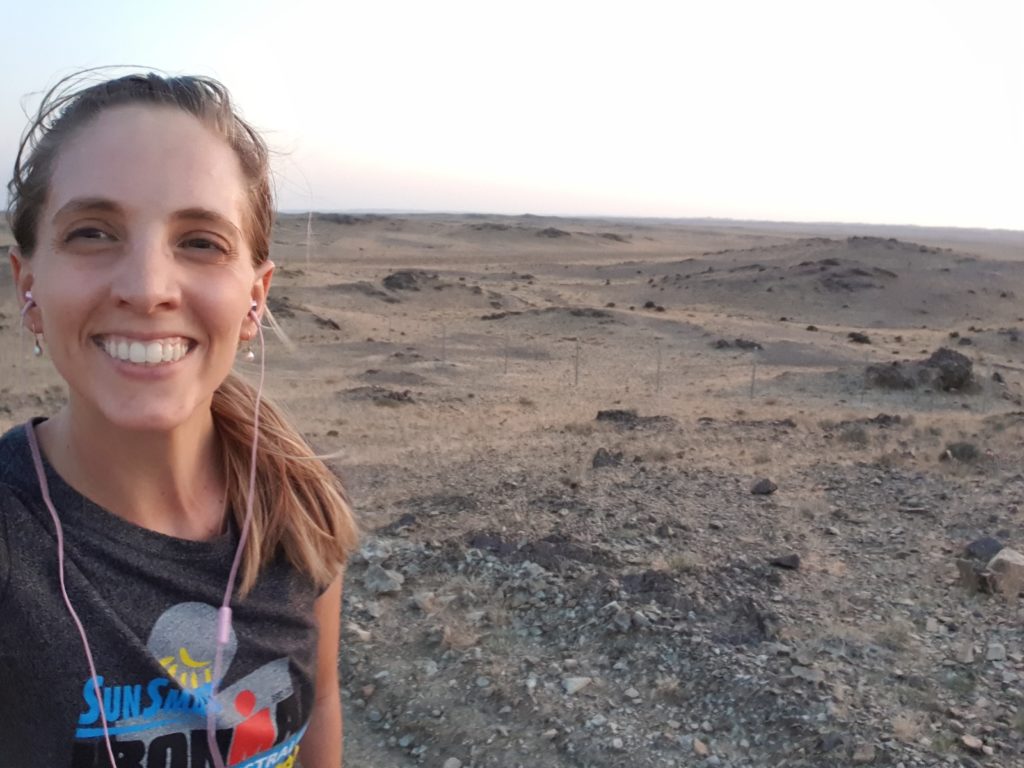 Roberts, a mining engineer for the company Rio Tinto, typically gets sent out to the Greater Brockman region of the Pilbara (in Western Australia) for work periods, and over the last six months has been going back and forth from the South Gobi Desert in Mongolia.

The constant moving around forced the Perth native to improvise her training as she prepares for Ironman Western Australia on Dec.1.

“I was in a mining camp, so I was living four weeks on,” Roberts told IRONMAN. “There is a gym with a treadmill and a bike but there was no pool. Lucky I am a swimmer anyway, so it didn’t bother me too much. We would work 12-13 hours in the mine every day and then come back home to camp, to do whatever we please. Which in my case was usually training for Ironman.”

“You are tired after a working day, but I managed to give the stationary bike and the treadmill a decent workout while I was there. My coach is pretty good at managing heart rate and analyzing how I am looking or feeling, so I kept all my training short and sharp while I was away.”

After growing up as a swimmer and lifesaver at the Mullaloo Surf Club, Roberts moved to Kalgoorlie where she discovered the sport of triathlon. Her uncle was the president of the Kalgoorlie triathlon club, so she simply started showing up to the workouts.

It wasn’t long before she gave her first triathlon a shot, at 70.3 Western Australia, no less.

“I just started going to the training groups and I figured ‘how hard could a half Ironman be?’,” she said. “Boy was I mighty wrong. It was a bit of a shock as to how hard it was. When I crossed the line, I just hated it and every photo of me on course I have the sad face on, but now I love the challenge.”

Now back on more of a regular work schedule, alternating between Pilbara and Perth, Roberts has also done what she can to return to a normal training regimen leading up to her fourth full-distance event.

“I came back to Perth a couple of weeks ago which was a shock,” she said. “The temperature was sitting in the negatives in Mongolia and then coming back home it has been really warm, so it was a bit of a change.”

Despite the variety of conditions she’s had to deal with throughout her preparation, Roberts is on track to perform.

“All of my metrics are higher than normal so I am pretty stoked with that and I have got some good hours of training behind me now I am in Perth,” she said. “I have got the distance training in and the weather has been turning it on. I have been training in the heat, in case Busso throws up another cooker.”

Roberts finished Ironman Western Australia on the weekend in 12:05. There won’t be much time for celebration, though.

“It is pretty much straight back to the Pilbara after the race, I fly back on the Tuesday, so not much rest.”