On October 13th, 2018, Brent and Kyle Pease crossed the finish line at the Ironman World Championship in 14:23:59, to become just the second push assisted team finish the course in Kona. By completing the race, the Pease brothers not only accomplished a lifelong athletic goal, but they also raised awareness for Cerebral Palsy and the Kyle Pease Foundation.

Kyle was born with Cerebral Palsy, a neurological disorder that primarily affects body movement and muscle coordination. Despite the physical “barrier,” Kyle loves sports. After watching his brother compete at Ironman Louisville in 2010, he wanted to join him. “Ironman Louisville was a pivotal moment for the both of us,” says Brent. “For me, the experience in Louisville was the tipping point. It began the process of asking questions, researching and training,” says Kyle.

The journey to the 2018 Ironman World Championship

Once a plan was put together, the two did their first triathlon in 2011. By June, the Pease brothers founded the Kyle Pease Foundation as a way to raise awareness, develop programs and fundraise for adaptive medical equipment for those with Cerebral Palsy and other disabilities. From then on, the goal was to get to Kona and compete at the Ironman World Championship.

Their first Ironman came in 2013, at Ironman Wisconsin. The duo finished in 15:09:24. A year later, they did Ironman Florida and lowered their time significantly. Each year, they requested a Kona entry but were denied, until this year. “It was at 70.3 Raleigh that we got news that our entry to Kona had been granted. After an eight-year journey, we had finally realized our dream. We were lucky and so thankful for the support,” say the brothers.

When Kyle and Brent arrived on the Big Island of Hawaii, there were numerous obligations. “There’s a lot going on during the week before the race, but we just kept reminding ourselves, ‘We are here and this is our chance to share our story,'” says Brent. On October 13th, the brothers did just that – share their story. Once the two of them got in the water, it not only symbolized the beginning of a memorable day, but it took the brothers back to the very beginning. “It was so special. The whole day was so special to be with Brent,” says Kyle. “It is the pinnacle of our athletic story,” says Brent. 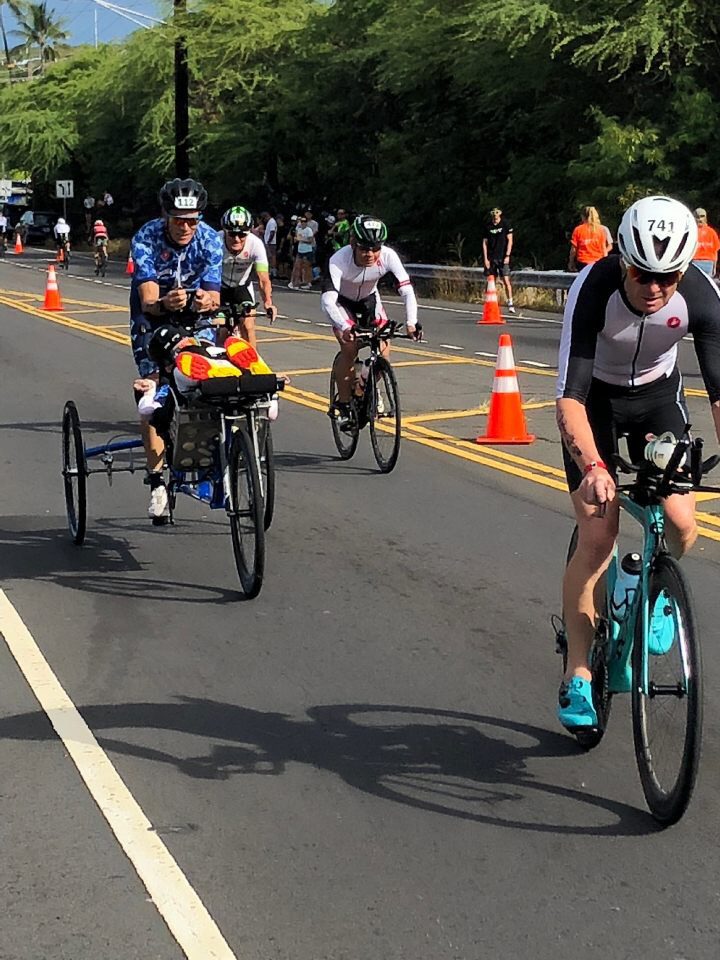 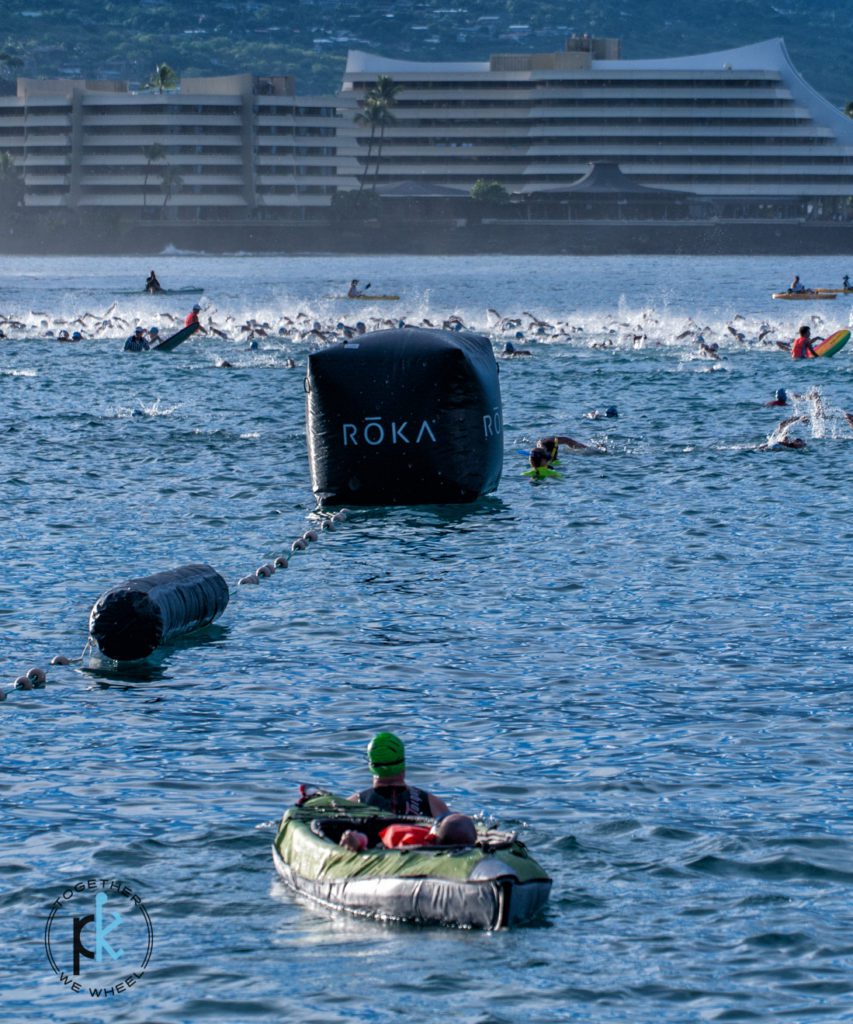 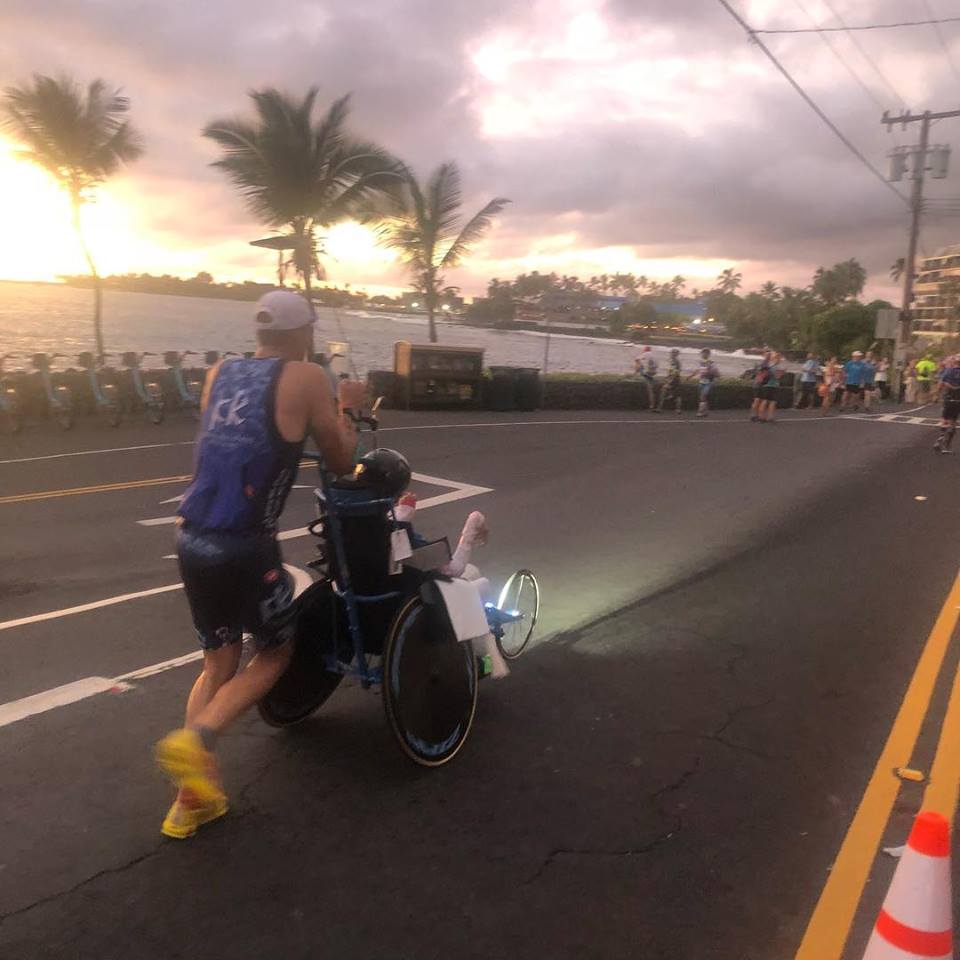 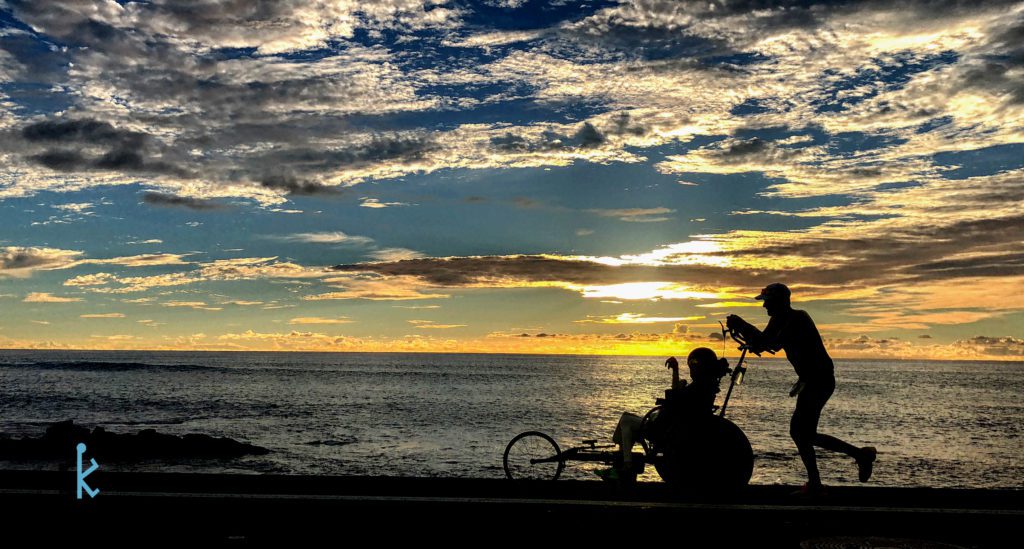 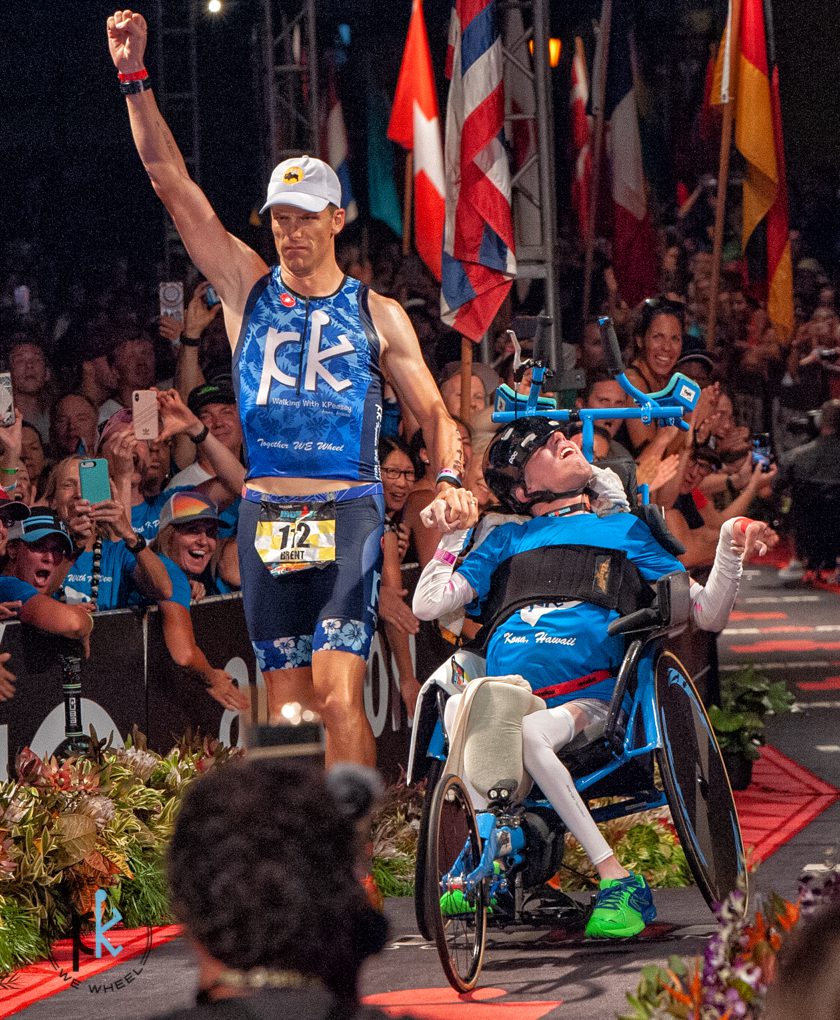 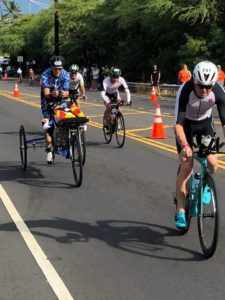 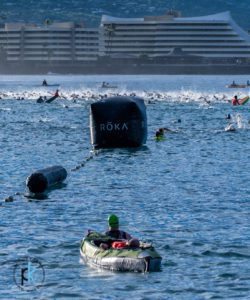 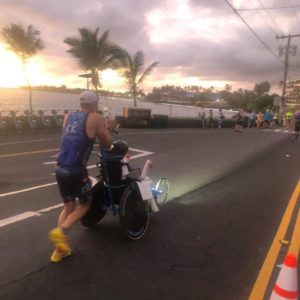 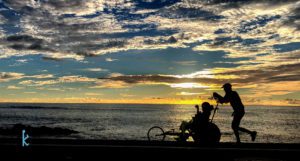 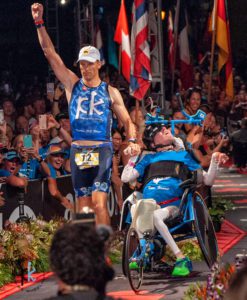 The day in Kona

The day brought its own challenges: the transitions from swim to bike and bike to run, and the time cut-offs. But, together they answered the call and finished each segment. Kyle and Brent finished the 3.8K swim in 1:07:33, the 180K bike in 8:22:03 and the 42.2K run in 4:45:54 to cross the finish line and hear, “You are an Ironman!” “That moment was incredible. It was so loud. As we crossed I started to tear up, but then I saw the crowd doing crazy and our family and friends cheering, the tears evaporated and I celebrated with Kyle. I’m not sure any event will every top that feeling,” says Brent.

What makes brings this story full circle, is Kyle and Brent’s dedication to raising awareness for the Kyle Pease Foundation. The nonprofit is dedicated to improving the lives of the disabled through sports. Since 2011, it has championed more than 100 athletes across 60 events, including the Marine Corps Marathon later this fall and numerous other endurance events. In total, the foundation has raised more than $1.5 million in aid. The foundation also offers support through programs such as scholarship opportunities, purchasing adaptive sports equipment and participating in educational campaigns around Cerebral Palsy and other disabilities.

When I asked Kyle why he wanted to do these events with his brother Brent and start a foundation, he answered, “I wanted the opportunity to share and by combining my two strengths, serving others and sports, I am able to do that.” Following the Ironman World Championship, the brothers will be at the Marine Corps Marathon in Washington, DC, later this month to support a number of Kyle Pease Foundation teams competing.

“In the immediate future, we will be running the Atlanta Thanksgiving Half Marathon,” says Brent. And after that? “Another Ironman is out there, but right now we are just enjoying this moment.”