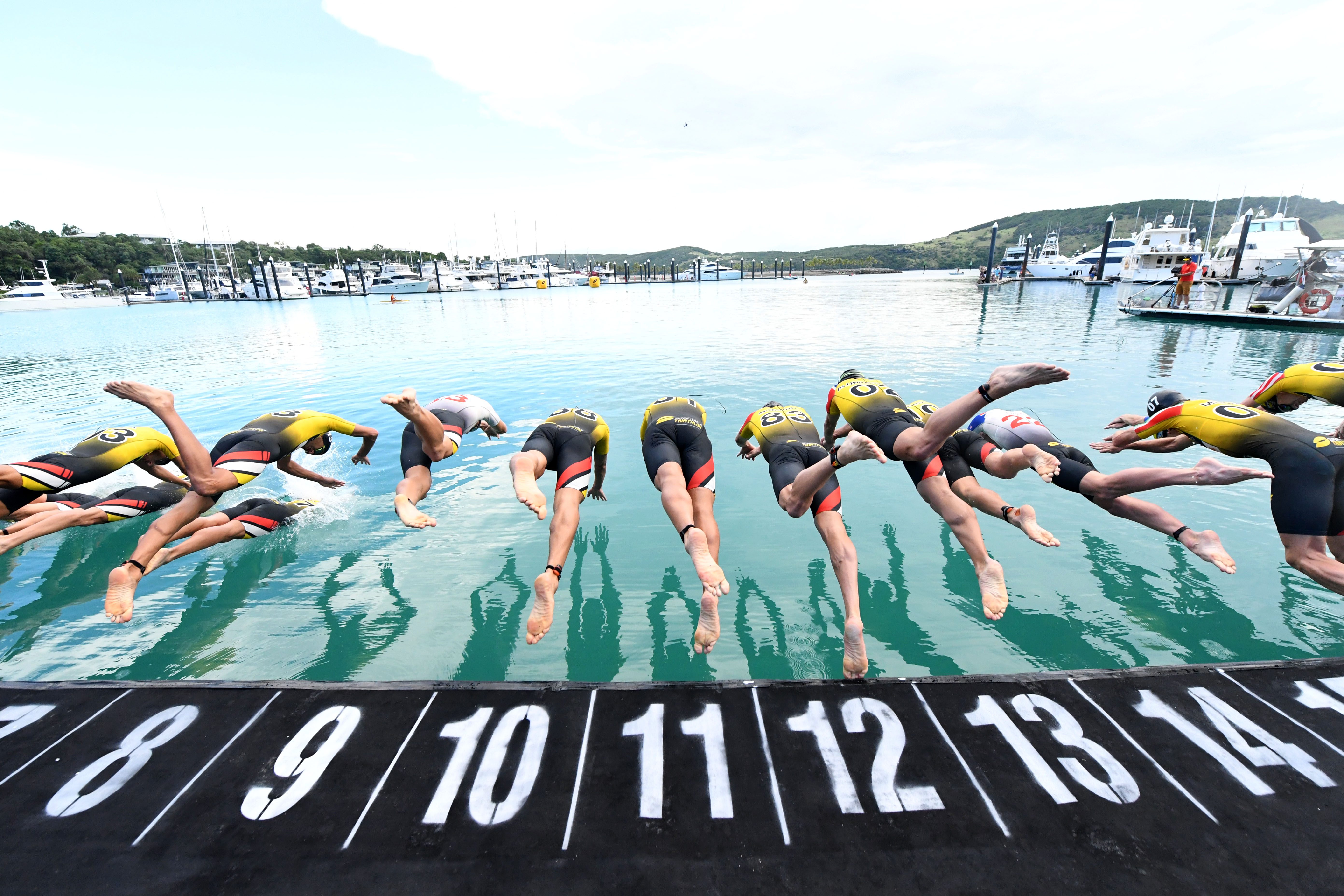 Jersey, UK is the next stop on the series’ circuit and there will be both a men’s and women’s race, both featuring international stars at the top of their game right now. On the men’s side, currently reigning champion Richard Murray, the UK’s own Brownlee brothers and Spain’s Javier Gomez are the favourites. The first-ever women’s line-up includes current WTS leader Katie Zaferes, British Olympic medallist Vicky Holland, and 2017 world champion Flora Duffy.

Canadian Tyler Mislawchuk, back from injury and fresh off his Canadian national championship win, will take to the Super League start line for the first time ever.

Super stoked to be joining the lads at @SuperLeagueTri in September. Watch this short video #IAMSUPERLEAGUE https://t.co/Kn0PWkzwf0

“Incorporating Super League into my calendar was a no brainer,” he tells TMC. “With the new Olympic relay format, I see Super League playing a key role in getting me ready.”

Senator Lyndon Farnham, Minister for Economic Development, Tourism, Sport and Culture in Jersey, commented: “Jersey is delighted to have been chosen to host the 2017 Super League Triathlon World Series. The natural beauty of our island combined with our strong sporting culture lends itself perfectly to hosting such a prestigious global event. I am sure the whole island will get behind this as we share with the rest of the world our enthusiastic and friendly spirit in welcoming some of the world’s greatest athletes and sports fans to our shores. Jersey is beginning to establish itself as one of the leading venues in the world for events and hosting the second race of the 2017 Triathlon Super League World Series is a great example of what we can offer.”

There will be 25 men and 25 women on the start line of the second Super League Triathlon.