The Triple Mix format saw athletes racing three stages, with ten minutes of rest counting down between each stage starting when the first finisher crosses the line. Stage 1 was swim-bike-run, Stage 2 run-bike-swim, and Stage 3 bike-swim-run.

Great to win day one of @superleaguetriathlon that was BRUTALLLLL 🙀🙀🙀 Time trail at 6:15am tomorrow gonna be epic and 16:50 evening . Thanks for support everyone hope to back it up again tomorrow we'll see 🙂 @hamiltonisland @redbullza #havoline @iamspecialized_tri @pumarunning 📷 – @dellyphotoninja

Murray finished Stage 1 in third place after hanging off the back on the bike and making up time on the run. Richard Varga (#12) led the swim through the first turn buoy with a clear lead through the 300-meter course. But once on the bike, the lead switched several times throughout the six laps to make up the 6-kilometer cycle course. Siggy Ragnarsson (#57) dropped out, leaving only 23 competitors who all stayed close on the last lap. Ryan Fisher (#10) led through the first lap of 250 meters, but in the end it was compatriot Jake Birtwhistle (#44) followed by Mario Mola (#03) and Murray who finished in the top three spots for Stage 1. 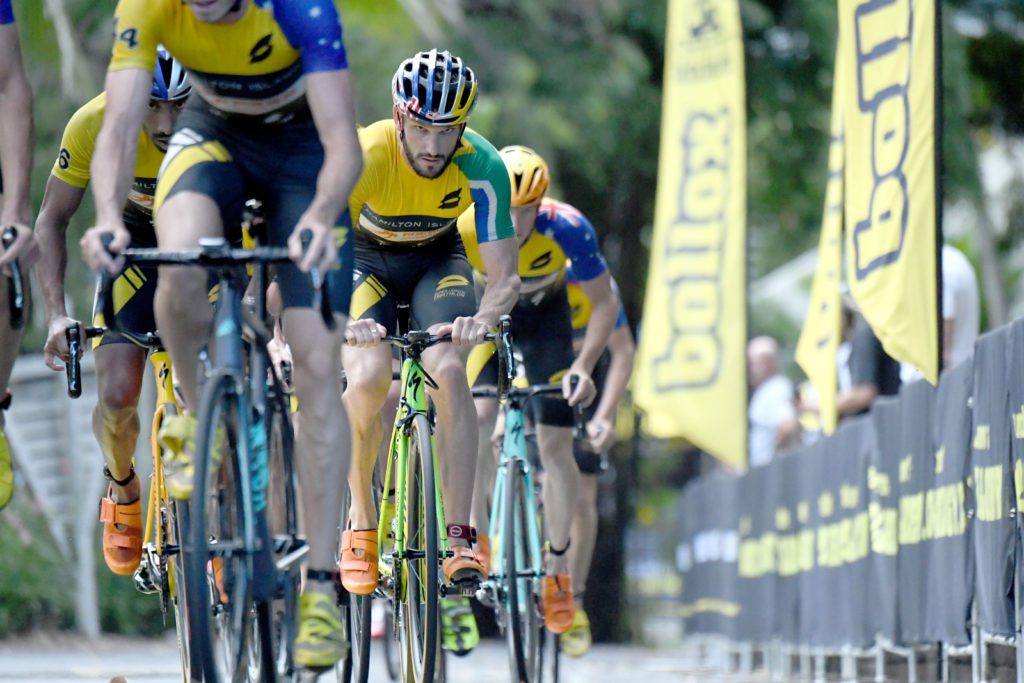 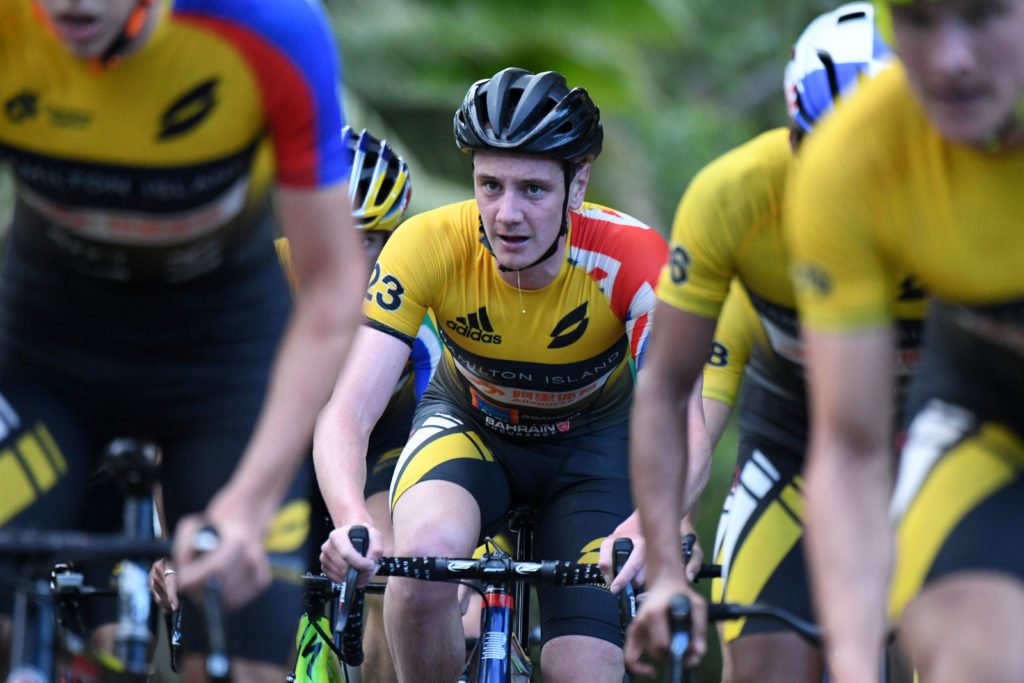 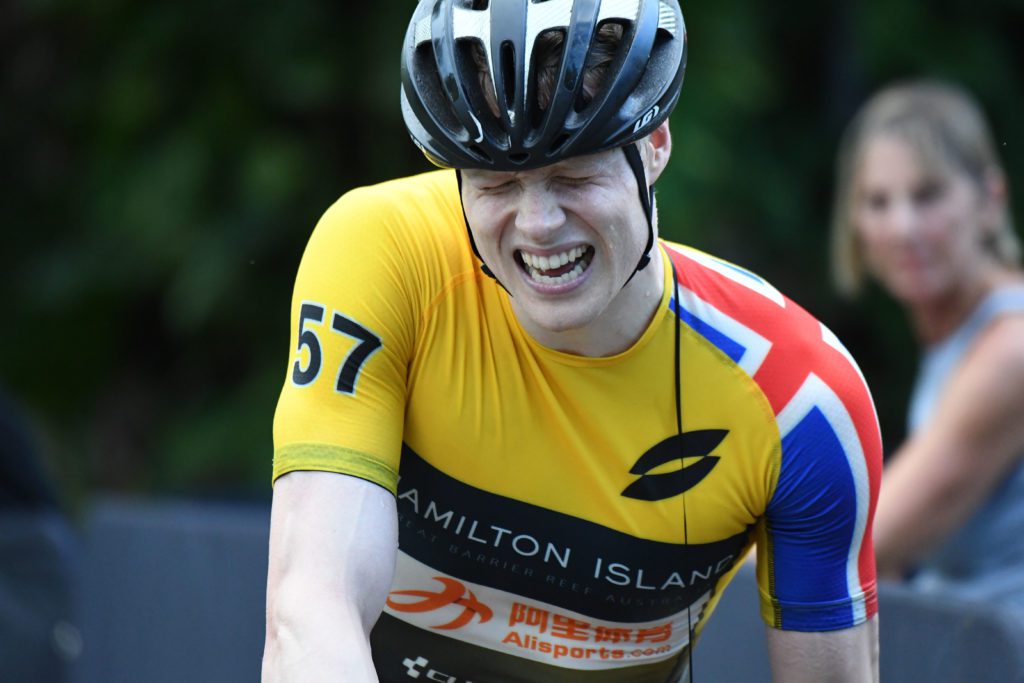 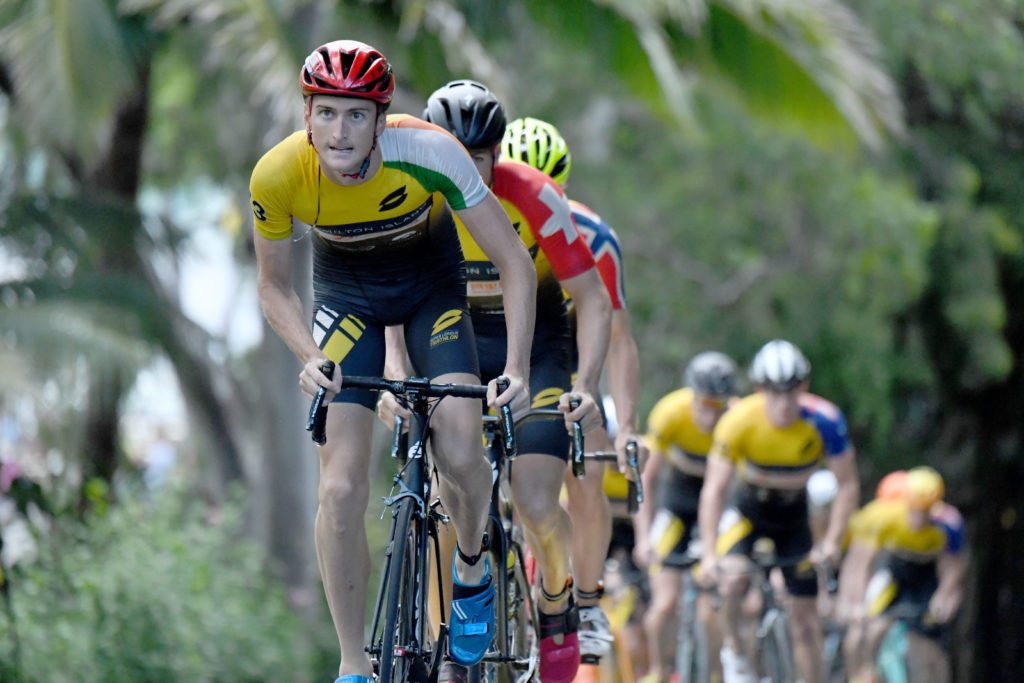 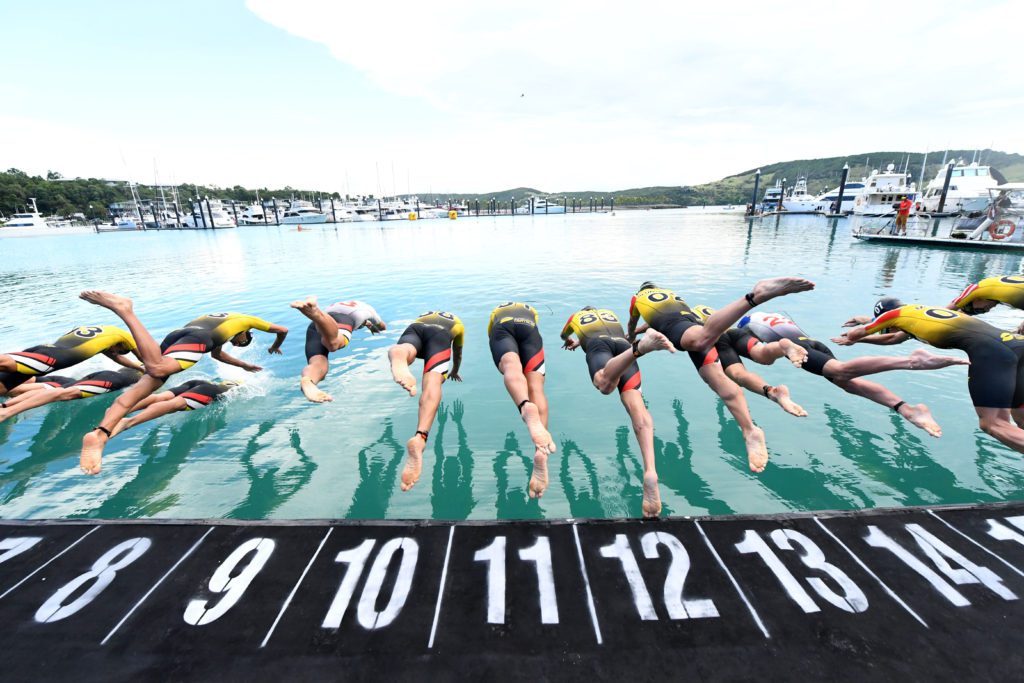 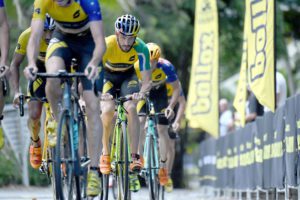 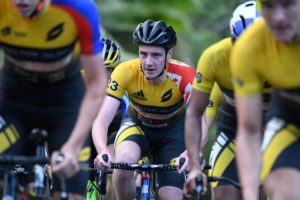 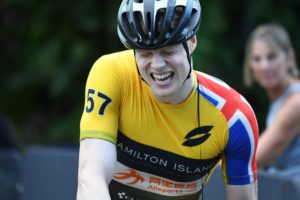 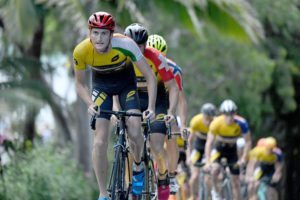 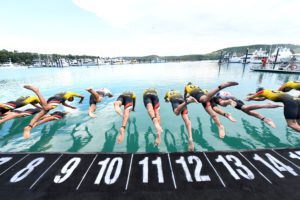 Stage 2 began with a run led out by triathlon greats Spencer Smith and Brad Bevan through a neutral zone. Athletes took position behind him according to their finish order from Stage 1. Ben Shaw (#73) and Birtwhistle led the rest of the field through all four run laps, running shoulder-to-shoulder into transition to get on their bikes. Fisher and Birtwhistle took the lead on the bike, with Alistair Brownlee dropped from the pack. However, Shaw crept up on Fisher and the two were first to hop off the bike and into the water. Varga’s swim prowess again took him into the lead but this time to take the Stage 2 victory, with Andrea Salvisberg (69) and Igor Polyanskiy (#77) in third.

The final stage of Triple Mix began on the bike with Robbie McEwen leading the athletes out through the neutral zone. Josh Amberger (#27) and Salvisberg made an early move and steadily built a 15-second gap through four laps. Brent McMahon (#83) led the chase pack, and Ryan Bailie (#39) made a huge effort to bridge the gap and entered the top three by the last lap. It was game over for Shaw as he overcooked the turnout of transition to crash out.

Salvisberg was first to the dismount line and made a flying leap off the pontoon and led through to the first can, but Varga once again surged through the water to take the lead, with Bailie on his shoulder. But in fifth place, Murray was waiting to strike. And strike he did, taking the lead, lapping a struggling Alistair Brownlee (#23) who was more than a minute back out of the swim, and chatting to the camera as he came down the finish chute. Varga and Bailie sprinted for second place, with the former edging the latter by a shoulder and then collapsing past the finish line.

Not only did Murray take the stage win, but also the overall win. Varga placed second even with the five-second bonuses he won for being first out of the water in Stage 1 and winning Stage 2. Bailie picked up the final spot on the podium.

“I planned to take it pretty easy on the first day, but then on the last run I noticed the favorites were behind me, so I knew it was my moment to go,” said Murray. The South African was reluctant to take full credit for beating Brownlee, saying, “I don’t think he was in the best shape ever when he came here. I can’t say it wasn’t great, I’ve done it once before but I think he had an injury, maybe the heat got to him or something. It’s definitely not the usual Alistair Brownlee that you’d see every single day. I don’t feel awesome from lapping someone who’s probably going 50 percent or 70 percent.”

Murray will now focus on getting ready for the Eliminator format for Day 2 of Super League Hamilton Island, which will involve a time trial in the morning and more swimming, biking, and running in the afternoon. “I’m very happy with how it turned out and I’ll try to recover now and get ready through the next ten hours, because in ten hours’ time we’re doing the time trials. I hope I can get a good starting position for the afternoon out of that.”

You can watch the entire first day of Super League Triathlon below: