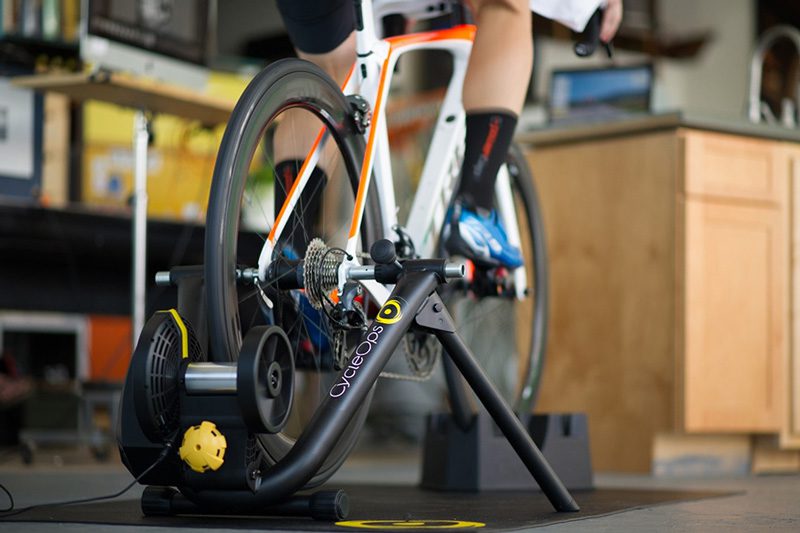 You may already turn on some tunes when you hop on the trainer in the winter months. A new University of British Columbia study has found that music can help first-timers have more positive attitudes towards high-intensity interval training helping to make it a more viable option to staying fit.

The study was conducted at the UBC’s Okanagan campus by professor Kathleen Martin Ginis and PhD candidate Matthew Stork and was published in the Journal of Sport Sciences.

“Our research aims to learn more about people’s perceptions towards HIIT and ultimately determine if people can adhere to these types of exercises in the long term,” said Stork. The researchers concluded that people have relatively positive attitudes toward HIIT and additionally reported feeling more positive about the exercise regimen when it was undertaken listening to music.

HIIT is a time-efficient exercise strategy in which short periods of intense anaerobic exercise is undertaken with less-intense recovery periods. The researchers wanted to determine how music changes peoples perceived enjoyment, their attitudes and intentions toward HIIT, which they had never been exposed to.

“Newer research has established that as little as 10 minutes of intense HIIT, three times per week can elicit meaningful heath benefits,” said Stork, a PhD candidate at UBC’s Okanagan campus. “For busy people who may be reluctant to try HIIT for the first time, this research tells us that they can actually enjoy it, and they may be more likely to participate in HIIT again if they try it with music.”

Twenty men and women unfamiliar with  sprint interval training completed two sessions of HIIT exercise. Following the workouts, the participants perceived enjoyment, attitudes and intentions towards the training were measured. The researchers also recorded the participants baseline attitudes and intentions before conducting a follow-up to help them understand how their perceived enjoyment of the activity may have changed.

What the researchers concluded was that participants had significantly more positive attitudes towards the training with music than without music despite no change in their intentions. The participants attitudes and intentions towards sprint interval training was also unchanged from baseline to follow-up.

“There has been a lot of discussion in the exercise and public policy worlds about how we can get people off the couch and meeting their minimum exercise requirements,” says Martin Ginis, a professor of health and exercise sciences at UBC. “The use of HIIT may be a viable option to combat inactivity, but there is a concern that people may find HIIT unpleasant, deterring future participation.”

Sprint interval training is distinct from more traditional long-duration aerobic exercise being less time consuming but more rigorous. It also arguably requires more discipline to follow a strict workout. It is significant that first-timers enjoyed  HIIT and even maintain positive attitudes towards engaging in it after doing it. Having positive responses while doing it can play a key role in determining whether an individual will continue to engage in HIIT over the long term. So if you are trying to prepare for the winter months and want to find pleasure in using the trainer, crank your favourite tunes, put your head down and power through those intervals.